Many thanks to Robin Mayhew for sending us these great, never seen before, photos of Canvey.

The photos are mounted on the original page in one of Harry Gulliver’s albums with his writing in white ink. 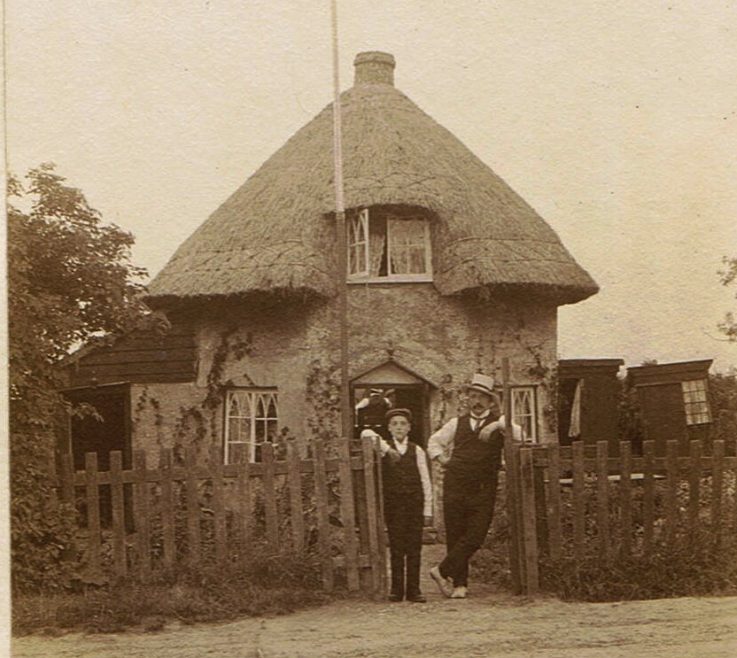 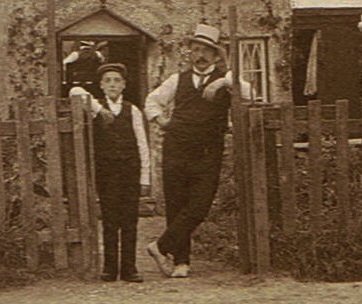 Close-up of the Man and boy

This picture of the Dutch Cottage shows a man and boy standing at the gate. Robin has no idea who they are. Can anyone remember who lived here about that time? The Sorrell family were living at Hill Cottage around 1901. Might have been Steven Pratt and family they are living at Hill Cottage in 1911. Or perhaps they were just visitors. I will investigate.

I have enlarged this section to show that you can actually see inside the cottage where there is a mirror above the fireplace where a reflection of the man’s back can be seen.