The fifth year school leavers, taken in 1989/90. (this would be year 11 today) They would take the photos of each House’s fifth year and these would be displayed on the walls of the House Leaders office.  There would have been a photo taken of the school leavers from Houghton House and Morgan House also.

I think it was taken in the Dinning Room can anyone confirm. 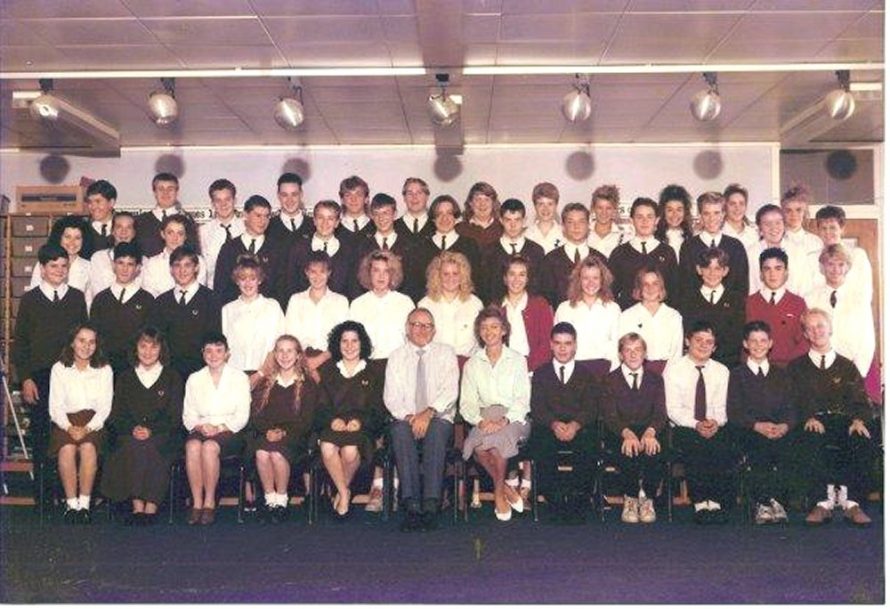 Thanks to Tanya Day for the photograph and thanks to Lisa Pearson for helping Lesley Penn name all these people.

Can you fill in the gaps? If so please comment below.