A Musical written by Peter Skellern 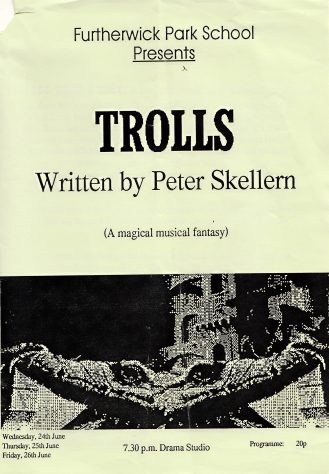 During the last week of June we were pleased to present a small scale musical called Troll which was written by Peter Skellern. The action for the storyline is centred around the Troll village of Tring and tells the tale of a Troll King called King Smee, who likes good food and young girls. He hopes to marry pretty Bleeta Drong but to everyone’s dismay, Snick, the wicked goblin kidnaps Bleeta. It is now up to the hero of our story, Droople, to rescue, which he inevitably does, and to secure Bleeta’s hand in marriage.

The successful and enjoyable performances involved pupils in Years 7,8 and 9 and also the Arts and Drama departments. This was the first performance to be held in the recently refurbished Drama Studio and gave the pupils the experience of working in a more intimate atmosphere.

I take this opportunity to thank all who assisted me in the production, without whom it would not have been possible to stage. 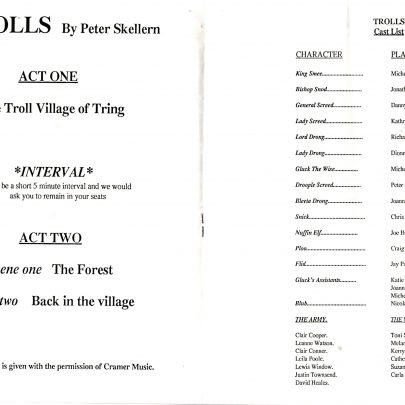 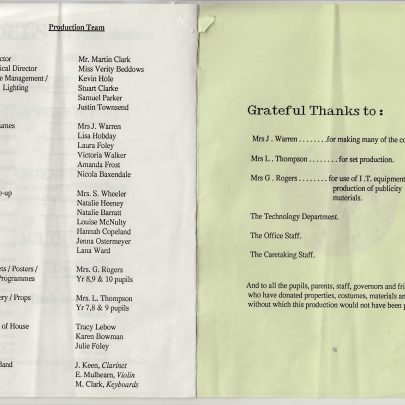