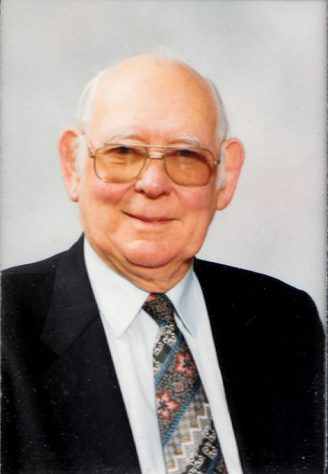 Fred Jeary English teacher and First Deputy to the Headteacher who joined Furtherwick Park School in 1967 with his wife Margaret Jeary who taught French and was Head of the Modern Languages Dept. Fred retired in 1989.

Here is a transcript of a letter Fred wrote to parents in the Furtherwick Park News.

I was appointed to Furtherwick Park School in September 1967 – an age ago it seems now. I had never been to Canvey Island before and only knew it existed because of the 1953 flood which caused such havoc all those many years ago. I came from Cyprus where I had been teaching in a Service school for six years. I thought exchanging one island for another might be a worthwhile experience, and so it has proved.

During the last twenty two years I have grown to love the Island and its people, both parents and pupils. It has been a pleasure to grow up with you and to have a share in the development of many young people in the community. There have, of course, been ‘ups’ and ‘downs’ but I can truthfully say it has been mostly ‘ups’. I have been thrilled by the successes in so many areas of the School’s life – far too numerous to mention by name but ending in triumph again at Grimsby on July 1st when Furtherwick Park won the ‘Milk in Acton’ Athletics Cup for the 5th time. I was thrilled to be present at the event.

There are many things I could say about pupils and ex-pupils of the School but it has given me great pleasure to see so many of them making their way in the world of work and education. It was a particular pleasure to me to be told only this week of a pupil who has just obtained her degree at University. Some years ago she had to be shown that she was good enough for Higher Education and we convinced her of her true worth. She has now proved it. Her story could be echoed in a number of instances.

Sadly, I have to record too, the deaths of some ex-pupils who, when they were at school, showed by their demeanour that they were people of character, courage and humour.

One other thing which has pleased me immensely is the meeting of new pupils to the school whose parents I had previously taught, the only problem being that I often refer to them by their parent’s names!

I would like to think that, like the epitaph one sees in churchyards all over the country, ‘I am gone but not forgotten’! To this end my wife and I have instituted an annual prize to be awarded to the pupil in the Performing Arts Department of the school who has contributed most to the school in either Music or Drama.

Thank you parents, for your support and kindnesses to me and my wife over the years. We shall not forget you.

Both Fred and Margaret returned to the school for special occasions, one of which is shown in pic 3, which could have been Des Francis’ retirement.