Coffee Afternoon for ex pupils, guests, past and present staff 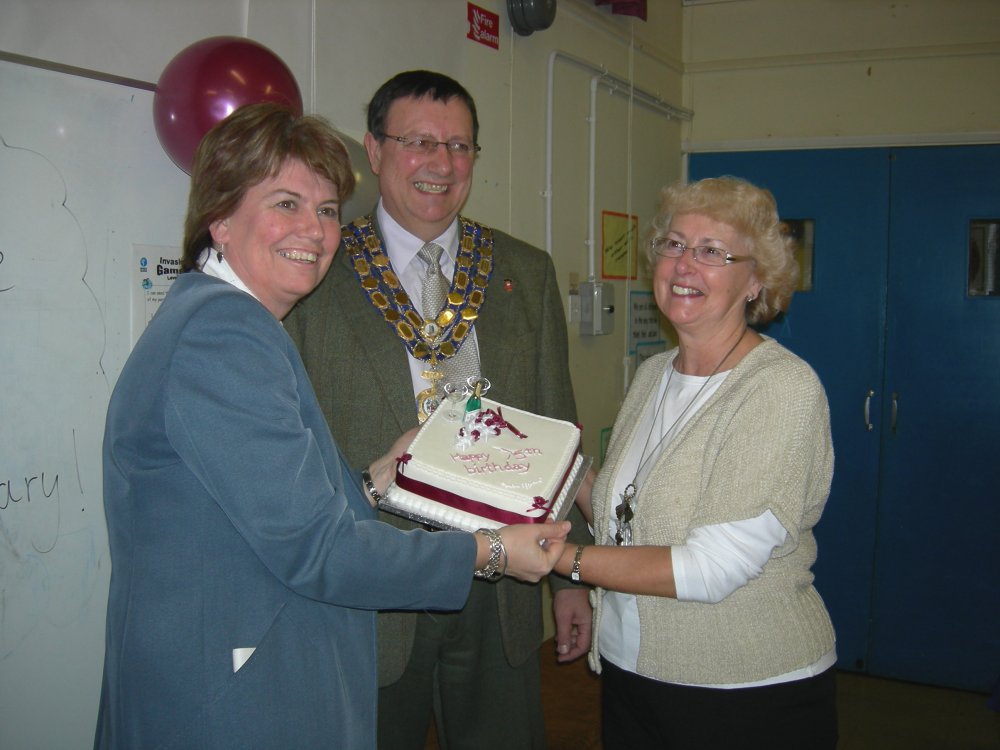 On Thursday the 12th of February members of the Archive did a presentation to the pupils and staff of Leigh Beck Infants and Nursery as part of the school’s 75th birthday celebrations.  The school’s birthday was on the 2nd February when Lord Petre – Lord Lieutenant of Essex presented every pupil with a medal.

On Friday the 13th (a brave move) all guests who had visited the school over the previous weeks plus ex pupils and staff were invited to a coffee afternoon.  Barbara Roycroft and I went along to represent the Archive. We met lots of interesting people and passed out lots of postcards to advertise the site. Barbara met up with some old school friends as she had been a pupil at Leigh Beck school some years ago. (How many Barbara?) 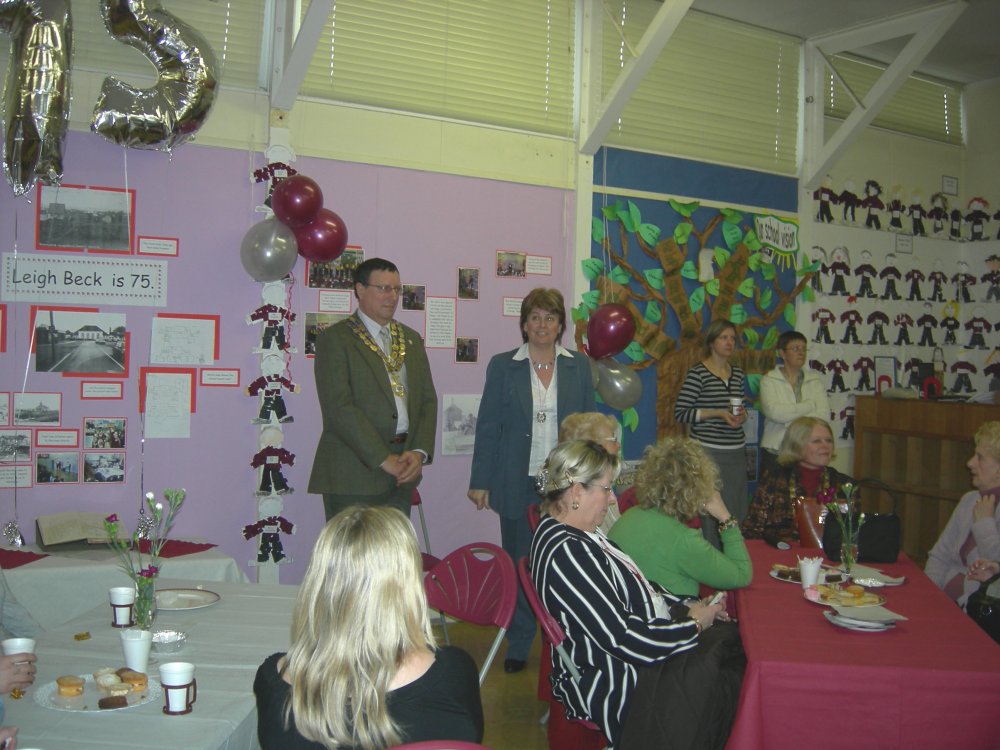 Head Teacher Mrs G Chapman, The Mayor, Councillor Norman Ladzrie thanking everyone for their involvement in the School’s celebrations

The time went surprisingly quickly and ended when the Head teacher Mrs Chapman and The Mayor, Councillor Norman Ladzrie thanked everyone for their support and assistance in making the celebrations a success. Cards were presented to guests who had visited the school to talk to the children, including one each for Sue Hampson, Barbara Roycroft, Barbara Taylor and myself for representing the Archive. The same medals that were presented to the pupils were given to two ex pupils who had attended the school on the first day it opened.

Flowers were given to Marion Wonfor, who was responsible for organising the events and finally the cake was cut. I am sure everyone went home with lots to talk about and perhaps meetings to arrange.

Thank you to Leigh Beck Infants for inviting us. 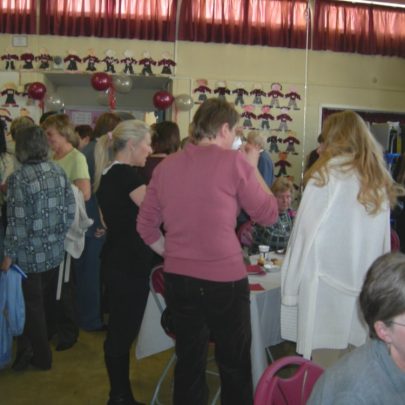 Lots of catching up to do
Janet Penn 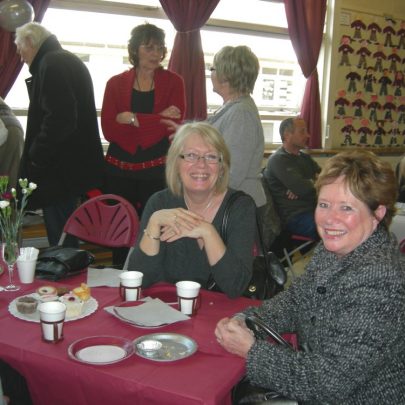 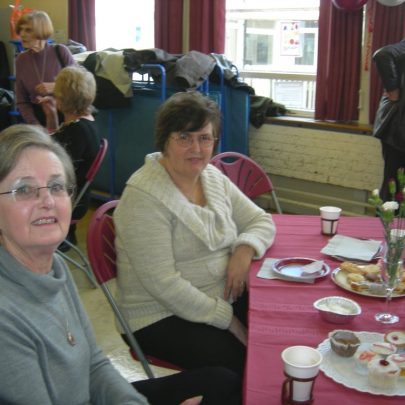 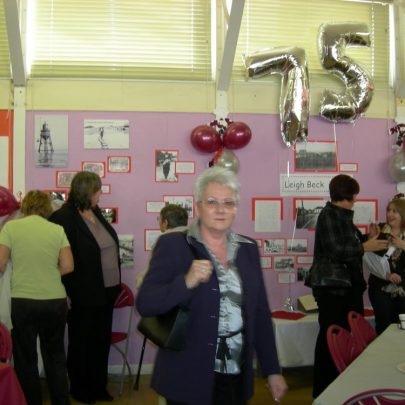 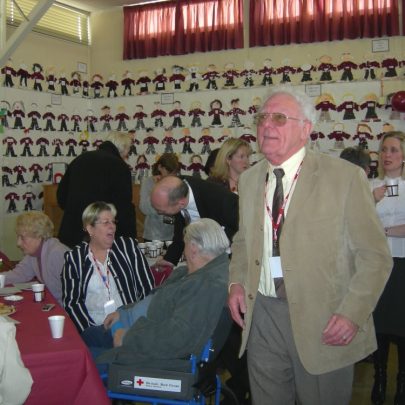 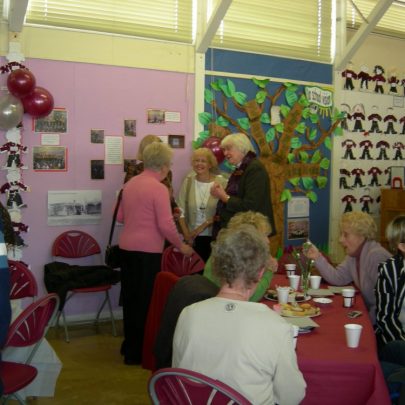 The group by the wall. On the right Margaret Payne, ex pupil and ex teacher in deep discussion with Pat Haunts
Janet Penn 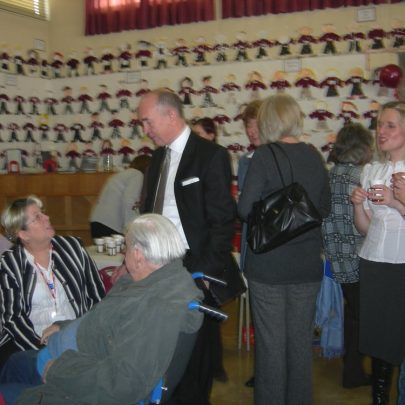 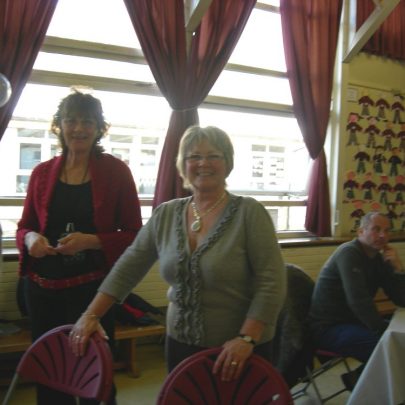