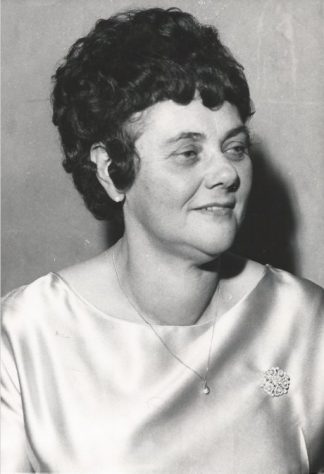 Mum was elected to the Canvey Island District Council in 1961 and served for 13 years. She won a bye election to become a Labour Councillor and then went on to win 4 consecutive terms in the East Ward on Canvey Island.

Mum always listened to what people were saying and when she could she always helped.  On one occasion an elderly lady said to mum that she had not seen the sea for years as she was so disabled and could not get up the sea wall.  Mum took this on board and in her capacity as a local councillor she managed to arrange through the council for a new ramp at Thorney Bay Road to be built for the disabled users.  Not only was this lady thrilled with the result but this legacy is still with us today and frequently used by the elderly and disabled people in their disabled cars and mobility scooters.

Continuing on mum’s love of helping elderly and disabled people she campaigned for and won the battle to have a ramp built from the footpath to the entrance of the new post office in Furtherwick Road which has now been turned into a Youth Day Centre.

Mum was also very popular with local people and many clubs and organisations invited her to present shields and trophies etc. at their various events. 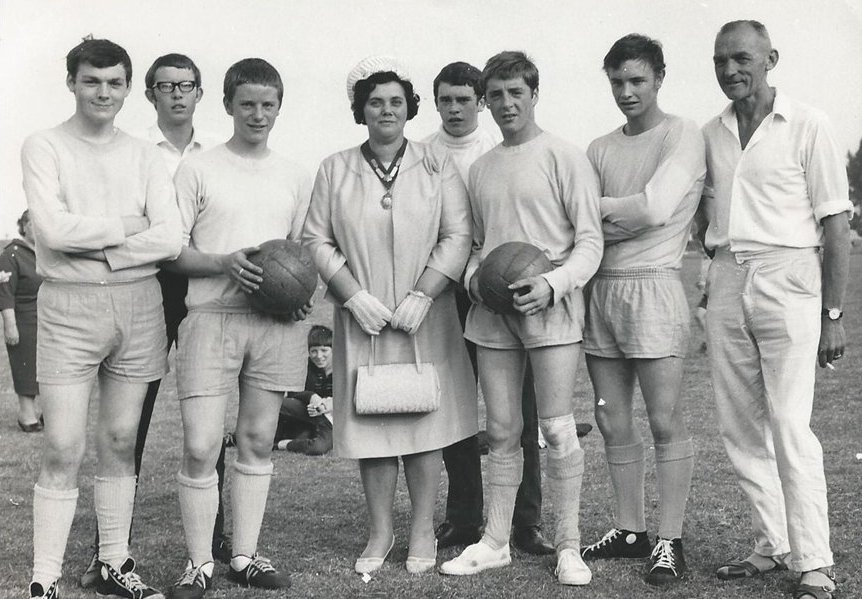 Mum was an active school governor at Furtherwick Park School and spent a great deal of time attending meetings and functions at the school. 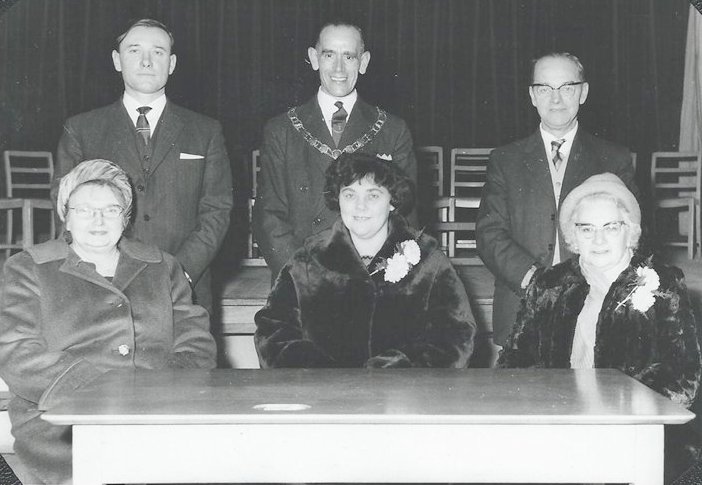 Mum loved the carnival and took great pleasure in presenting awards and crowning the carnival Queen and Princess’s. 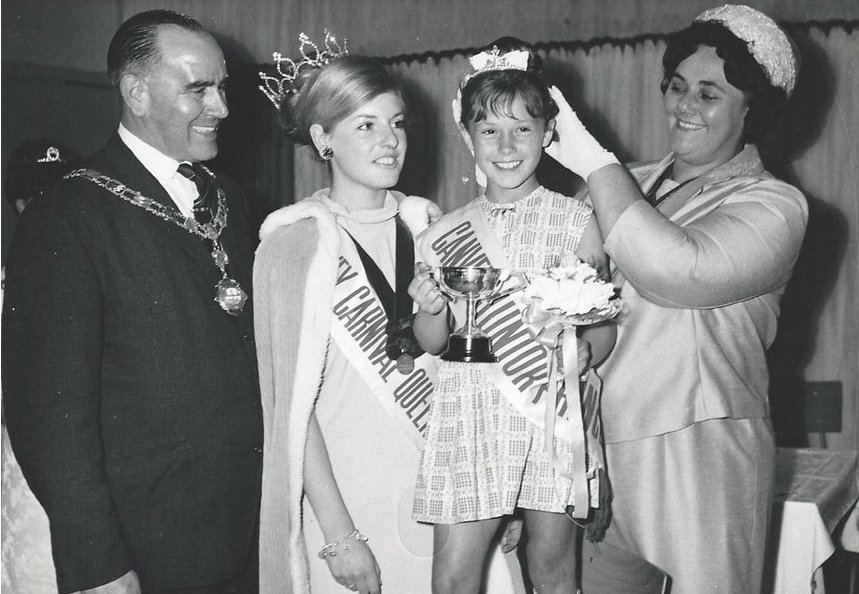 She supported all the schools on Canvey and this picture shows her at a luncheon with St Joseph Roman Catholic School. 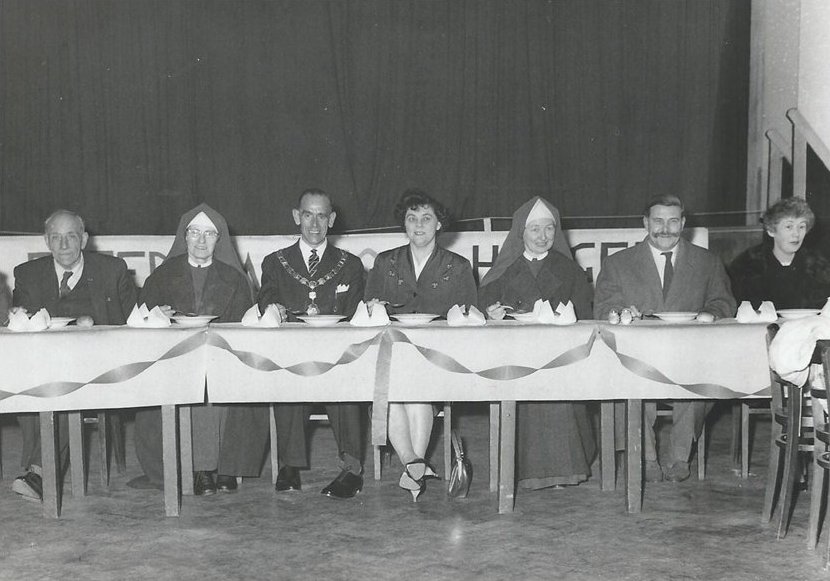 During the years on the council she served on most of the committees and was very popular with her fellow Councillors and officers of the council.

She was involved in so much within the community that the council bestowed on her the honour of having a building for Sheltered Housing named after her.  The building became the Amelia Blackwell House and was opened on the 5th May 1969 by the Rt. Hon. Antony Greenwood MP in Link Road.

As part of this dedication mum was awarded the official key to the building and this is shown below.

The opening of Amelia Blackwell House in 1969.

This photograph shows mum and dad with Beatrice Littlewood (she also had a home named after her in Kit Kats Road), the Rt. Hon. A Greenwood MP, Bert Tibbles (Chairman of the Council) and Jose Jarvis the first warden of the home. 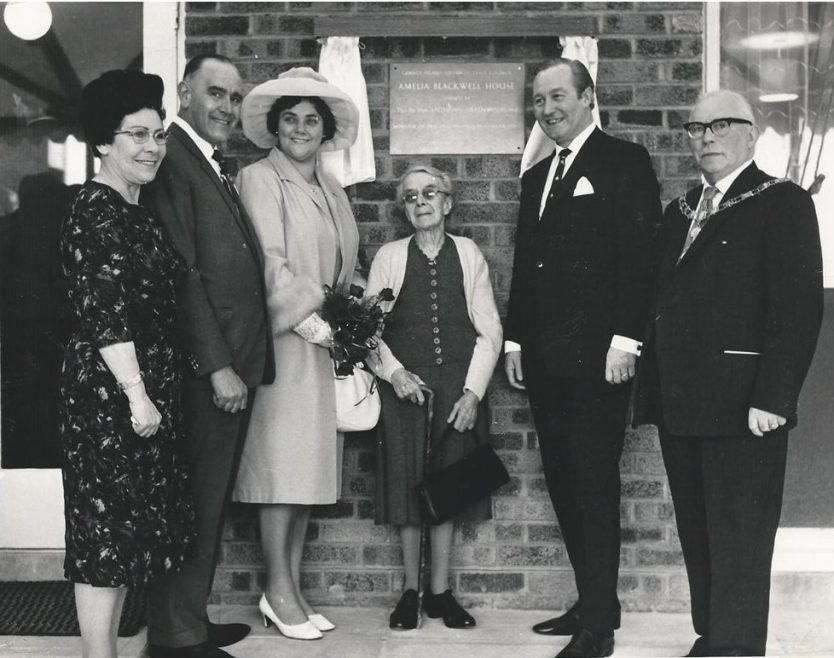 Mum was so thrilled when she received a letter from number 10 Downing Street.  Tony Blair the then Prime Minister had written to her and congratulated mum on 13 years as a local Councillor and for the many years she had run the pre-school.  He also mentioned her 65 years as an active member of the Labour party.