You are here: HomenextPlacesnextAreasnextCrossingnextOthersnextFerry Tales

Problems of being an Island

It must have been at one of those inbetween times when the tide in the Ray was too high to pass the stepping stones dry-footed and before the water was high enough for the ferry boat to operate, but Miss Francis Henderson, daughter of Benfleet vicar Thomas Julius Henderson, M.A. (1859-73), remembered the time when ‘Gladwin the ferryman’ carried the Bishop of London piggy-back across the creek to Canvey. 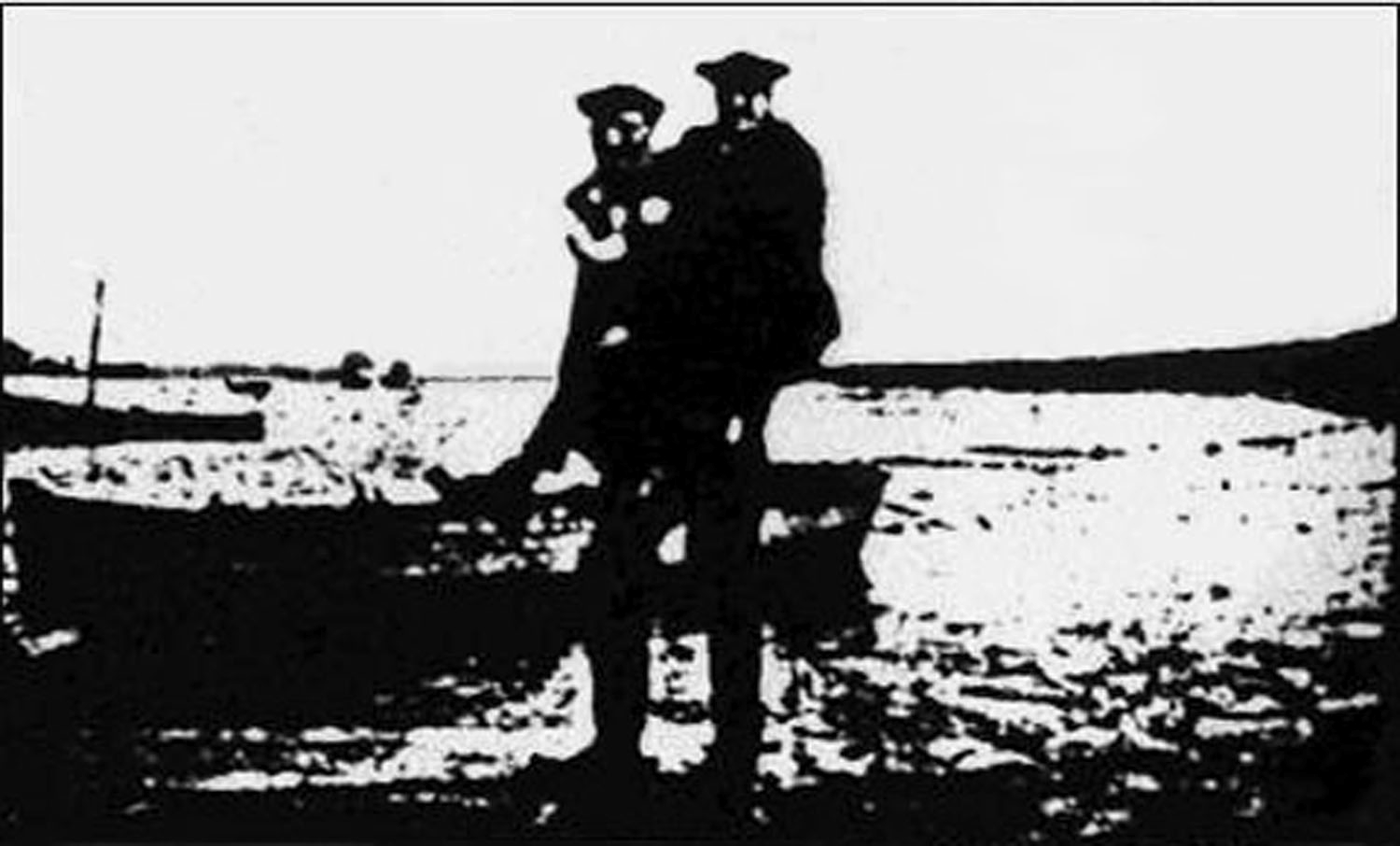 How history repeats itself. On 1 March 1928 the Southend Standard carried this picture of 6 ft. 3 in. ferryman Edwards acting like St Christopher at the Canvey ferry. (Apologies for the low quality of this reproduction, which was extracted from newsprint via Microfiche Readers. My publishers would not entertain the idea of putting it in a book for lack of quality, though I think it is too funny to be ignored. It speaks volumes of the past when people were of different mindsets. I cannot imagine anyone today to be so kind, even if they’re six foot three.)

Drawings of a proposed bridge for the Canvey Urban District Council appeared in the Southend Standard on 17 January 1929. Cost was estimated at £15,000. It was a sliding bridge, said to have been rescued or adapted from somewhere in London Docklands. 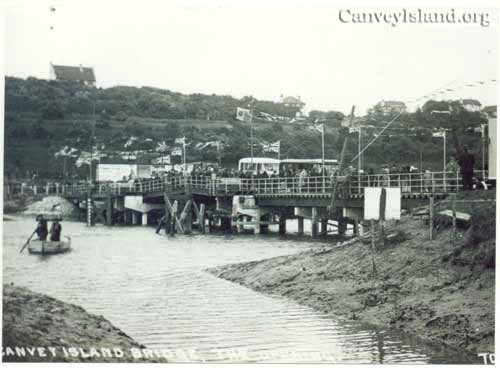 The redundant ferryman, Ted Edwards, became the first bridge operator from the little hut on the Canvey side. His portrait is said to have been included as St Christopher by Miss Barbara Nicholson, who painted the chancel or rood screen panels of six male and six female saints in South Benfleet’s St Mary’s church in 1929.

‘We’re Moving…’ with official sanction. About the time the new road opened in 1972 Benfleet photographer Tony Ackers opened his new shop in premises on Benfleet High Road. To advertise the venture he got permission from the Police (or so he said) to set up his gear plus assistant in kinky boots on the bridge for this cheeky publicity picture just before the traffic arrived. Notice the sharp suit and tie… 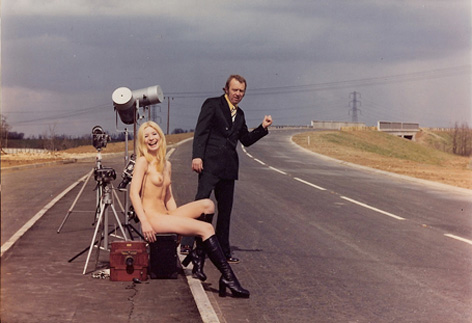