Body of a tram found in a back garden. 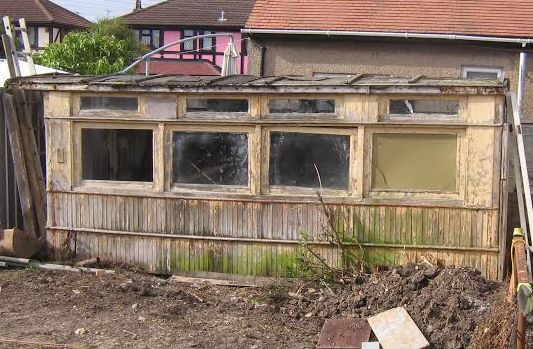 Waiting to be rescued.

Here we can see views of the tram car body found in the back garden of a derelict bungalow in Chapman Road. The bungalow was demolished in October 2015. The Castle Point Transport Museum was approached by the builders Bob and Tony Pettit to see if it could be rescued. It was carefully removed from its resting place where it had stood probably since the 1930s. In those days it was a regular thing to see railway carriages, little caravans and even old buses being used for people to rent as holiday accommodation. It’s quite remarkable that this tram has survived all those years. It’s existence was known about by members at the Bus Museum but it was only because of Kathy Rastall taking photos of the old Canvey bungalows that the museum was alerted to the fact that the tram might be cleared along with the old bungalow.

It’s since been discovered by Marian Patten of the Bus Museum that the tram was probably operating in 1902. Whilst researching she came across a couple of images of a similar tram. The images aren’t good quality but you can see that there’s a definite similarity. 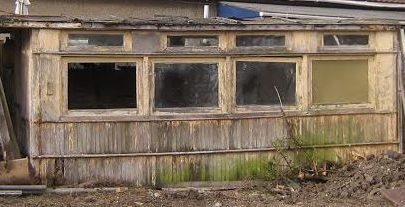 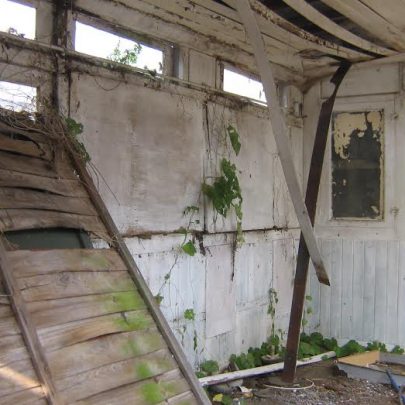 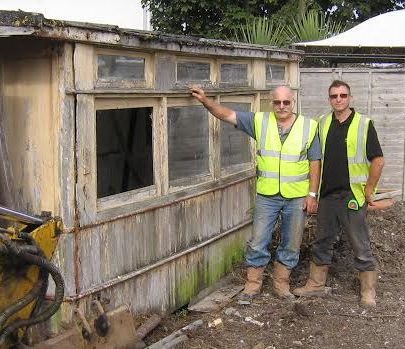 Bob and Tony Pettit, the builders who kindly donated the old tram to the Bus Museum.
Kathy Rastall