The Song of Canvey

Sung by the Dutch to Sir Cornelius Vermuyden 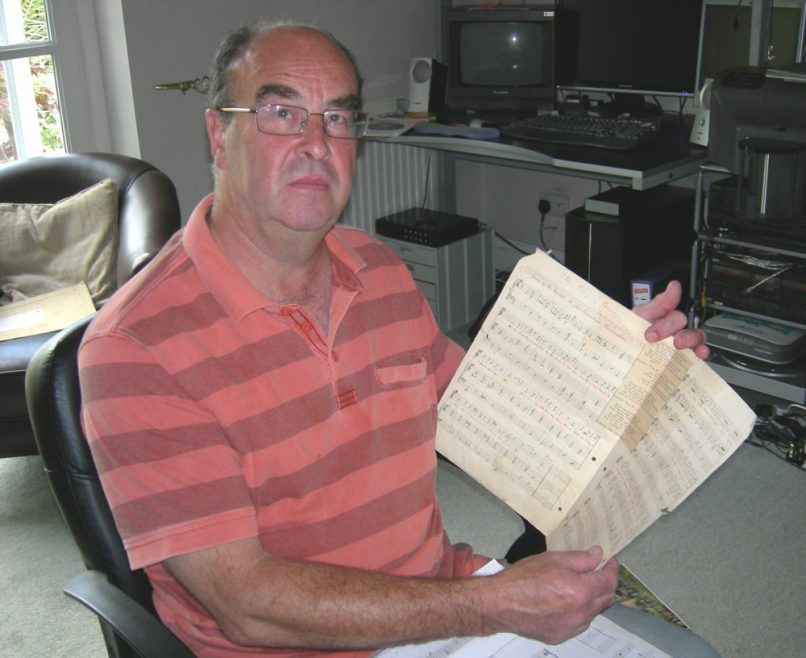 The 19th century manuscript shown by Keith Bonsor in this picture, was given to his mother, Margaret by Gertrude Brown, daughter of Rev J R Brown.

According to a letter from Getrude to Margaret Bonsor, which is dated 1967, the manuscript was given to her father by the composer C. T. Loveday. It is notated on the front to have been ‘Sung by the Dutch to Cornelius Vermuyden’. The words appear to have been written by C. Ashdown.

Are the words from the 17th century and the music added later? Why did C T Loveday write this music, was it for a play? Does anyone know who CT Loveday or C Ashdoon were? Any comments please add them below.

Keith has given the Archive a copy of the manuscript and we are hoping to get a school to sing it for us so we can get a recording to add to the page.

The words are as follows:

Oh! The lands where we were born
From the greedy sea were torn
And the waves behind the dykes do still beset them;
But our eyes with tears were blind
When we left out homes behind
And cannot now in Canvey Isle forget them!

Though our fancy often roams
To the country of our homes,
Yet the sorrow of our exile fast has faded.
To the Netherlands we’re true,
But we find there’s work to do,
And we’ll do it in the land we have invaded!

Where but yesterday the sea
Flung its eager waters, we
Find another home, and hold our merry meeting;
To thy brain and cunning hand
Do we owe our new-won land,
And we lift our cups and voices to thy greeting!