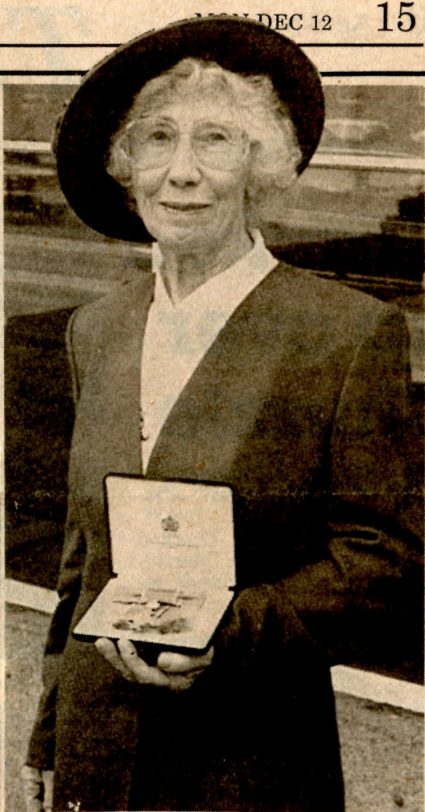 The Queen publicly rewarded charity champion Phyllis Owens with an MBE for decades of dedication at a recent Palace investiture. The tireless Canvey charity worker has invested more than 40 years in the community with a variety of voluntary projects.  The Brownies, Save the Children, Church of England and Air Training Corps are just some to benefit from the workaholic widow.

Seventy-four-year-old grandmother Phyllis received her Member of the Order of the British Empire at Buckingham Palace for services to the Castle Point community.