Canvey Councillor from the 1960's onwards 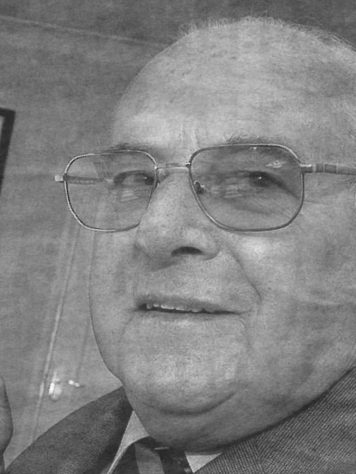 Lionel Hart came to Canvey in the 60’s and was soon involved in local politics. During his political career he was involved in many local organisations as well as the setting up of the Town Council.

I first met Lionel in 1991 when we were both invited by the late Roland McCarthy from Social Services to join the steering committee he was putting together to start up the Castle Point Mobile Volunteer Bureau.

We worked together for several years and in that time the bureau moved from Thundersley to the offices of Grand Records run by Chris Fenwick in the High Street on Canvey.

By this time Lionel was the Chairman of the organisation. 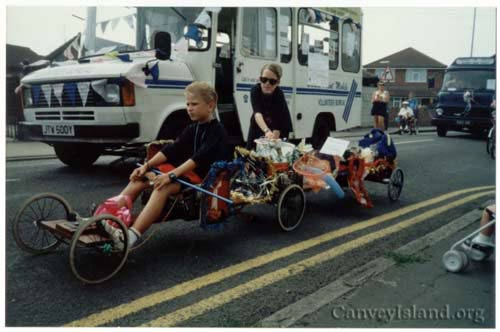 Castle Point Mobile Volunteer Bureau’s old ambulance in the Carnival in the 90’s. I am somewhere out of sight behind the vehicle giving out leaflets

Unfortunately I had to resign due to other commitments but our paths crossed again when in 2003 he was one of several local politicians who helped my colleagues and I with a petition to try to save the Post Office in Martins in Furtherwick Road. Unfortunately despite 2,500 signatures being presented to both the council and to Parliament the Post Office was closed.

I continued to meet up with him at different events and could always call on him if I was in need of any help. I last met him at the Armed Forces day in 2009 when I had a long talk with him about the Canvey Community Archive. Just a shame I could never pin him down to an interview, I am sure he would have had a good story.

His funeral is being held at St Nicholas Church at 11am on Wednesday the 18th May.