Vince the Gardener - A Biography 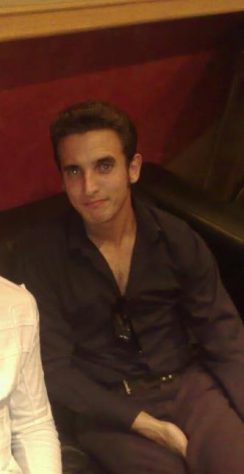 Vince was born in 1979 in Kent, although moved to Canvey within his first years, after frequent family holidays. He used to play and explore the untouched land around Brickhouse Farm, behind Deepwater Road, where he has always lived, with his friend Ian. This gave him a sense from an early age of what Canvey does to everyone – its ranges of wilderness which pocket the heavily developed island allow for a reflective geographical sense of you in the world and community. This primed him for his passion to come for Canvey.

He was always an avid Elvis fan, commonly remembered for his ‘concerts’ at school, and although not truly academic, he always had a respect and forgiveness for everyone. Touched by the loss of a fellow disabled class member, he organised visits every Christmas to her grave with his friends, up until 2011. He soon became very interested in the Island’s history, and gained a number of contacts through his early teens.

Footholds on the Island: 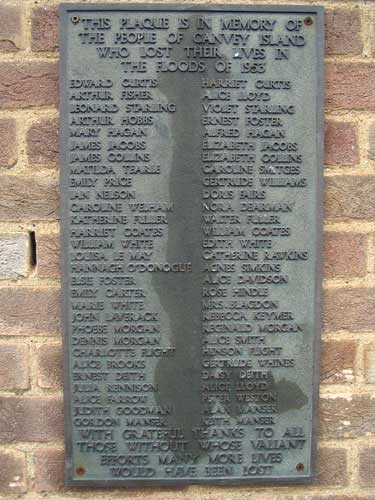 At the age of 17, he went to Geoff Barsby, shocked to find that there was no plaque to remember those 58 victims to the ’53 floods on Canvey, as he found it was a part of our history which ‘you will always come down to’. He met with councillors Dennis Williams and Ray Howard, and organised the casting of a plaque to be placed outside the town library.

On 1st February 1997 he unveiled the plaque, and afterwards the first remembrance service for the victims at the church, by Father Banks, in which Vince gave a speech there. On his radio interview, he said how Canvey is always ungoing money-making, unimportant ventures, whilst we are forgetting  our true history – I think he hit the nail on the head there. In this he managed to become a respectable young face in making an impact to Canvey, and was ready for more.

As he left school, he decided to enter the Prince’s Trust Award Scheme, and proved to have produced an outstanding portfolio, and was funded to start a Canvey gardening service. He was always good at technical drawings and design, and regularly maintained the family garden. His truck, which he purchased with the funding, features a stylised image of a desert island with palm trees, showing his dedication to the Island.

Canvey 2000 and Other Ventures: 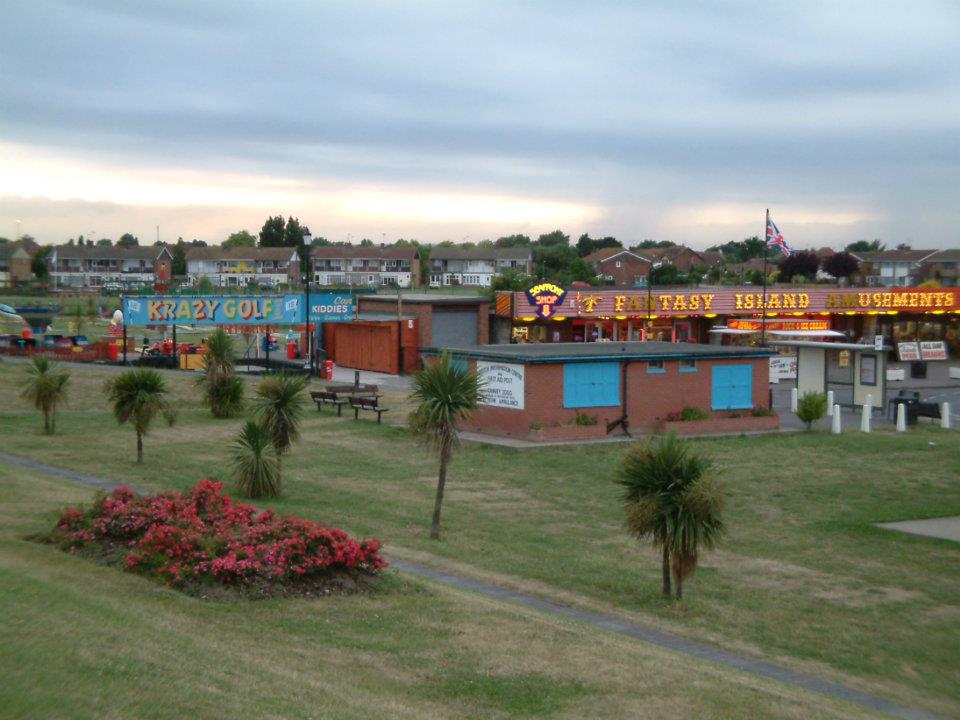 The seafront Vince both envisaged and produced

From his recent success with the plaque, he next had a vision to develop the Canvey seafront into something as great a hotspot as that of Southend, in an attempt to regain the magic Canvey’s beaches held in the 20th Century (and perhaps Torquay where he held numerous holidays).

Vince went to the Council, this time a familiar face, aspiring to get another campaign going. Soon, the charity Canvey 2000 was set up, and a company of volunteers were gathered. Making a fresh start for the turn of the century, everything from the Sensory/Bumble Bee Gardens, the brick-paved seawall path near the Monico, to the renovation of the bandstand, plus lighting, flowers, and step railings along the wall.

Through the venture, Vince met the elderly lady Francis Robertson, who he looked after and was a great friend to until her death in 2010. Soon however, many 2000’ers backed out and left Vince – now the Chairman, to deal with the paperwork covering where the money went to avoid the council going to court for having surplus money. It folded in 2010, although its good work has shaped the seafront today.

Vince also married Emily Heatherson, who he knew a long time before, in 2009.

In 2005, back a little, Vince went up for Castle Point County Councillor – although unsuccessful against the icon Ray Howard – the ammunition to attempt such a prestigious role has a lot to say about Vincent’s success.

He also climbed Ben Nevis in five hours in 2006 with neighbour, Joe to raise money for Pinpoint Cancer at Southend Hospital’s oncology department. It would also be a fitting to tribute to the ‘Christmas Eve Snakes and Ladders Competition’ which Vince organised amongst friends and family – the event just showed how Vince always tried to make all events as special as possible for everyone. He was also a great joker, earning him a friendly and innocent personality.

The End of the Beginning:

This December, Vince Heatherson was diagnosed with a rare form of Lymphoma – a cancer which attacks the ‘glands’ around the body. He almost knew of his forecoming fate, suffering headaches, blindness in one eye, and dizziness. It was this transcendent wiseness Vince withheld even until his final hours, being far more calm than anyone else who knew him ever was throughout his decline. It was as if he was too great to be true to live the full length of life, instead, living to 33, passing away on the 4th of July 2012.

An Inspiration to Us All:

Everyone has always said the same things about Vince, how nice and brilliant he was, not just in sympathy, but in a real truth, as if he really was an exceptional Canvey character. Several years ago, he took me on a number of walks and trips around Canvey – a trip to all the unused land West of the two crossings, ducks and dives to reach the Canvey pillbox, a trek out to the point, and a drive to the so-called ‘haunted house’ on Canvey and another in the Downs, and tales of finding another ‘monster’ washed up.

He always told an excellent story, and I developed a sense of our Canvey community, through the way he got me interested in a fascinating new side of the area I thought I knew fairly well. I began to persue this for myself when I was out walking with my friend Joe Mander to West Canvey, finding weird concrete remnants, believing it was some kind of undercover MOD secret, by all the earth covering the remains. We then set up  www.beyondthepoint.co.uk  – its ‘slogan’ being ‘revealing the unseen history of South-East Eseex’ (even though it is still dominantly Canvey-based). The slogan explains exactly what Uncle Vince got me interested in, and what my friend and I are carrying on.

This section on the archive will act as a lasting tribute to him, and his efforts on the Island. I have contacted the Council on a plaque to be placed in the Sensory Gardens to remember him. This has now transpired into a complete renaming of them, which should go through – he would never do anything for money, or popularity, only to promote Canvey’s community, image, and past. It would be fitting that for once, in death, Vince himself should be the one to be glorified.