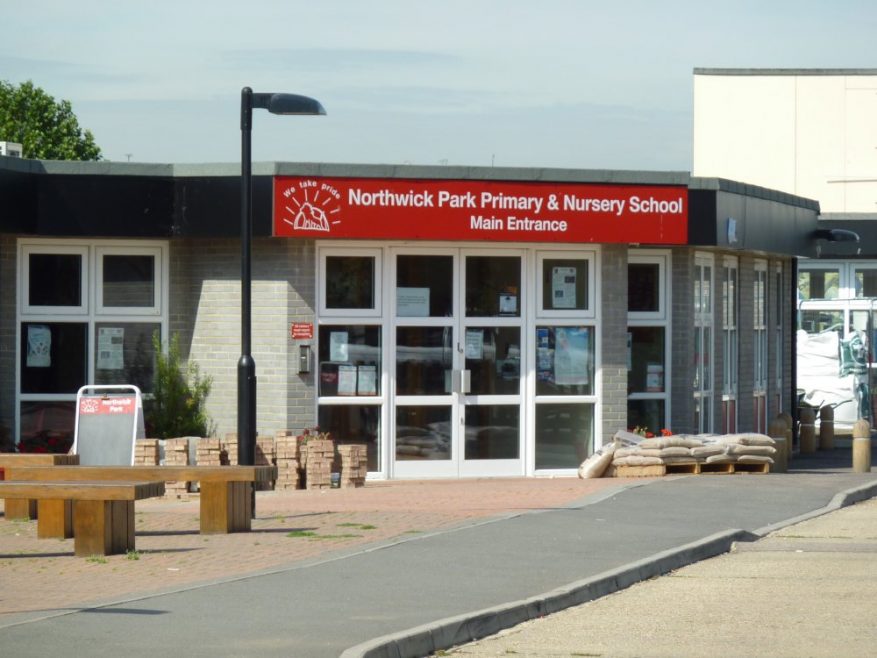 Entrance to the school

On Thursday, 10th June 2010, members of Canvey Community Archive visited Northwick Park School to talk to the children about different aspects of the history of Canvey Island. This was in connection with a local history project that the children were undertaking.

Sue Hampson, Graham Stevens, Barbara Roycroft and Barbara Taylor were met by Andrew Flett who was co-ordinating the school studies.

We had two groups of children to speak to, both of whom were absolutely charming and so interested in all we had to show them.

Sue opened by explaining to the children what the Community Archive is and why it is so important for them to understand and preserve the history of their Island, going on to show them a short introduction to the website. Then she showed the children photographs of the Chapman Sands Lighthouse, explaining how it was used and showing the workers it housed. They were very interested in how the men had to launch the boat in order to get back to shore.

Barbara T talked to the children about the seafront showing photographs dating from the 1930’s onwards. It was interesting to see their reaction to the fact that there was no sea wall years ago and also the difference in the way people dressed for seaside trips, not having all the choices of specialised Summer clothers that we have now. How the amusements were developed over the years was then discussed.

Then Barbara R entertained the children with stories of what it was like growing up on the Island when she was a child. There were interesting photographs to help them understand how different everywhere looked then. It was a revelation to the youngsters to realise that all of the entertainments they have and the facilities they enjoy now, were not available years ago.

It was then time for the children to be creative. They were all given pieces of card and asked to design a postcard that they would like to send, showing their view of Canvey Island. This was hugely enjoyed by them all and it was great to see all their ideas. Someof these are shown here. We could not add all of their excellent work but all of the postcards will be on display at Canvey Island Library during the Summer.

When the children had spent some time on the postcards (they were to be completed in class) it was time for Graham to address them.

His talk was brilliant, concentrating on the Island may hundreds of years ago. They were thrilled to learn that the name of their school was one of the oldest on the Island as Graham explained the meaning of “Wick” being the shed where the cheeses were made. When he was telling them how the Island was used for keeping flocks of sheep and asked them what did they think was obtained from them, we were pleaasantly surprised that they said milk as well as wool. Then came the fun part! Graham told them how young boys were used to milk the sheep, having a small stool strapped to their “buttocks” and carrying a pail. He then asked for some volunteers who had to pretend they had the stool strapped on, were carrying their pail and had to find a sheep, milk it and bring it back to him (the farmer). Well, the hilarity that caused was a joy to see and hear, they loved it. It was such a great way to end the session. 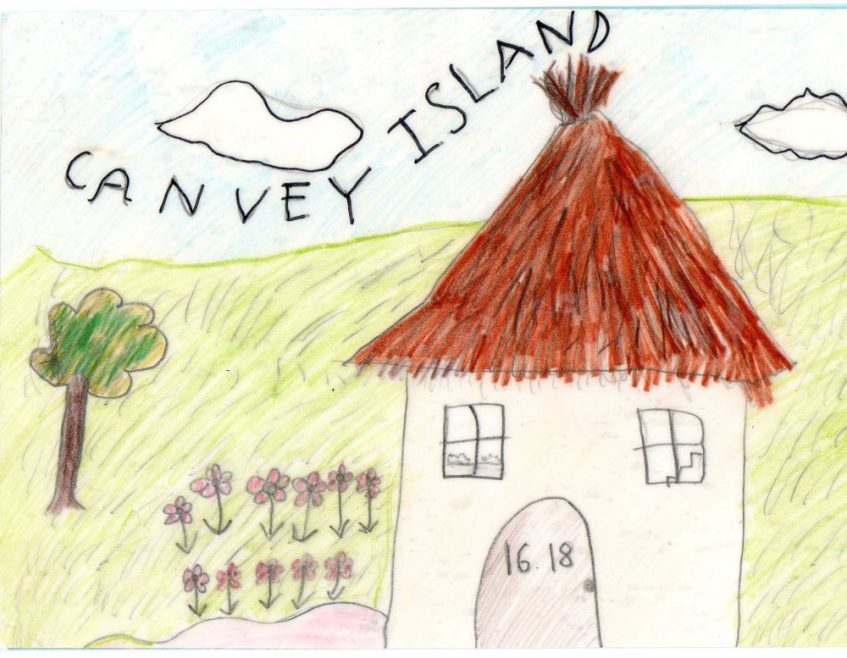 We were warmly thanked by both the children and staff and Andrew Flett sent Sue a lovely e-mail saying how much they had enjoyed it and that he was sure the other schools will want a visit too.

This is certainly something that we will be keen to do. 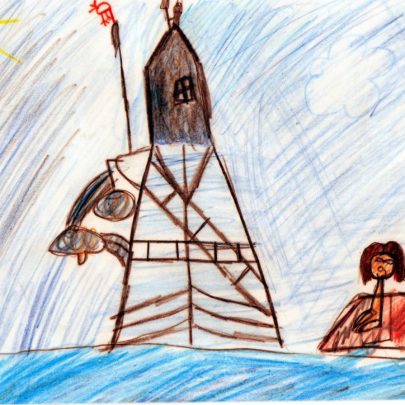 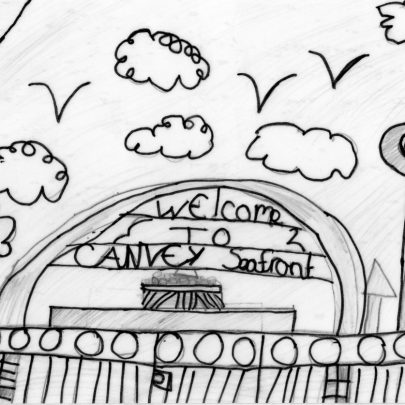 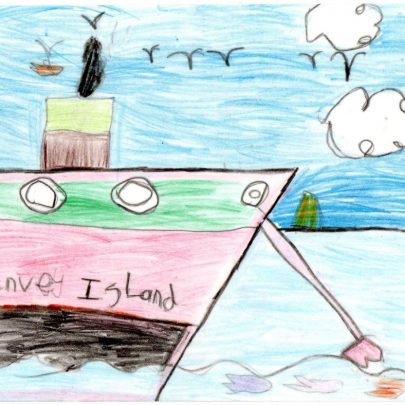 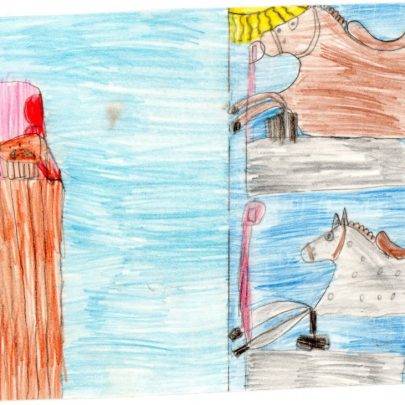