by the artist, writer and sailor Charles Pears 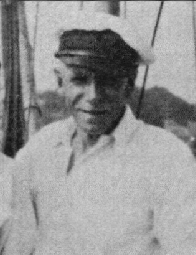 Charles Pears , an English painter, born in Pontefract, Yorkshire, on 9 September 1873 to George William Pears and Sarah Mary Gott. Charles started his working life as an assistant in his father’s Tailor and Hatters shop in Tanshelf, Pontefract where he can be found at the age of 17 in the 1891 census.  He was educated at East Hardwick and Pomfret College. He specialised in marine scenes and was later appointed the first president of the Society of Naval Artists.
During his career he also worked as an illustrator, contributing to The Yellow Book, the Illustrated London News, Punch, The Graphic and other periodicals. He designed posters for the London Metropolitan Railway (‘Southend’, 1915). One poster I have found shows the Chapman Lighthouse and another with a curious shape named ‘The Canvey Lady’. During the First World War, Pears was appointed an official war artist to the Admiralty in addition to holding a commission in the Royal Marines. He once again worked as a war artist during the Second World War.
Charles had moved to London by the 1901 census where he can be found in Chiswick, Middlesex with his first wife Miriam and their son Thomas.

Hole Haven was a popular starting point for Pears sailing trips, according to W. Edward Wigfull, who did an article about ‘Round about Canvey’ in 1914, Pears ‘described and charmingly illustrated’ the Lobster Smack in an earlier edition of the Yachting Monthly. I have yet to find this article and illustrations but I did find the two pictures below and also the following illustrated article ‘The Lower Thames’ by Charles Pears dated 1909 which includes a discription and illustration of ‘The Lobster Smack’.

Described and Illustrated by Charles Pears.

The Lower Thames, the greatest ship track of the world, is not in itself to be regarded as a beauty-spot; anyhow, it has not been “boomed” as such. For its beauty is the kind that appeals not to such as hie them to the advertised beauty-spots, where the philistine gaze is rewarded with that obvious charm that is faithfully reproduced in railway pamphlets. There are none of those wild-irised banks and babbling waterways. Indeed the wild flowers that grow there are scentless, for they blossom near the sea, and the sound of the water is a swirling roaring cry of mighty haste.

What then is there to paint? Let the artist-reader come aboard–paint-box withal and canvas laden.

Mind the paint as you step aboard, for if I cannot paint pictures as well as I should like, I do take a savage pleasure in keeping clean the topsides of the “Mave Rhoe.” Oh, yes, the yacht is quite small only four tons, but I have sailed her single-handed through some weather that might have frightened bigger craft. 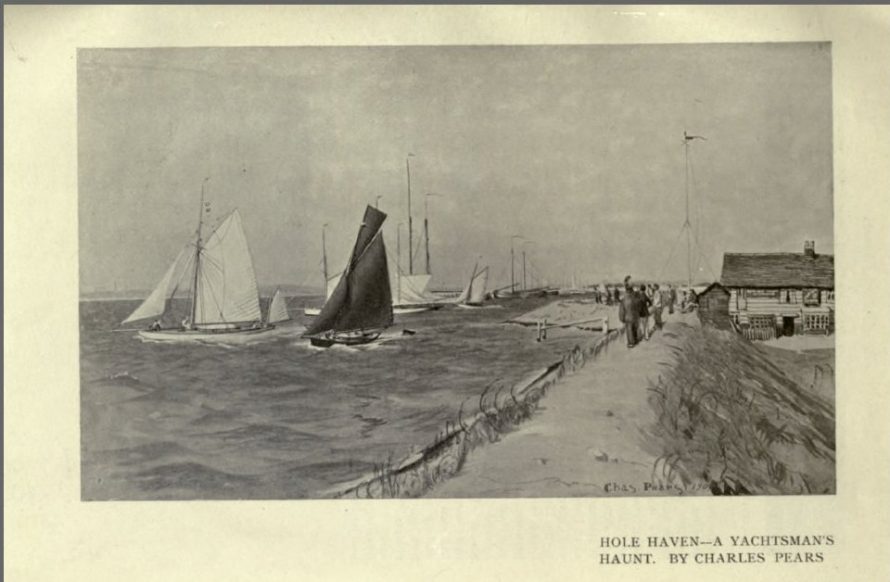 The sun is setting, and Greenhithe is always beautiful. It has an old-world air, enforced by the ancient three-deckers –those wooden walls of Old England, with their chequered sides, which are now as training ships. But we are blasé about Greenhithe, for it is our home port, where the yacht lies what time her skipper is ashore. So the sails are set, the hook comes up with a rattle of cable chain, and we are off seawards.

Be not impatient about these nautical terms and talk of yachts and sailing, for you can never know the Lower Thames without them. Look at that cluster of tan-sailed barges; the setting sun glows upon those sails in a way that you must remember. You want to stop and paint them. You cannot, the effect will not last, and there will be many such and others too. The Lower Thames is all effects, that is why I asked you to come aboard, for the only way of seeing these is to be afloat. You will see the night with its stars as you have never seen it before; there will be such dawns and sunsets as will fill you with silent awe. The fog will wrap you in its blanket that mystical woof of many hues; you will hate its clammy fingers until, like that of moodish maid, its warm caress will turn your head.

The night has spread her velvet mantle over us. Those funereal smears ahead are barges; those jewels, emerald and ruby, are their side-lights. That gold-bespangled mass coming towards us is a liner churning up a grey mass of foam at her bows. She is in from South Africa. Did you ever see so many vessels pass you and at such close quarters: They hail from all over the world.

Those lights, from whereabouts come those grovelling grinding sounds, belong to Grays with its chalk mills, and right ahead you see the many lights of Gravesend. These two places are full of interest and little bits of paintability. Upon our return you will see the little Tilbury fort sun bathed, and ships and steamers of every class and nationality, which are now indicated only by their riding lights.

After the lights of Gravesend we shall have nothing but the swirling tide and wind-blackened water, for the banks are low. The river’s gloomy pathway leading to the sea, whose gentle heave we are already feeling, will in its utter blankness appeal to the morbid side of your imagination, I warrant. But, ye gods! wait until the moon comes out, splattering the water with molten silver! 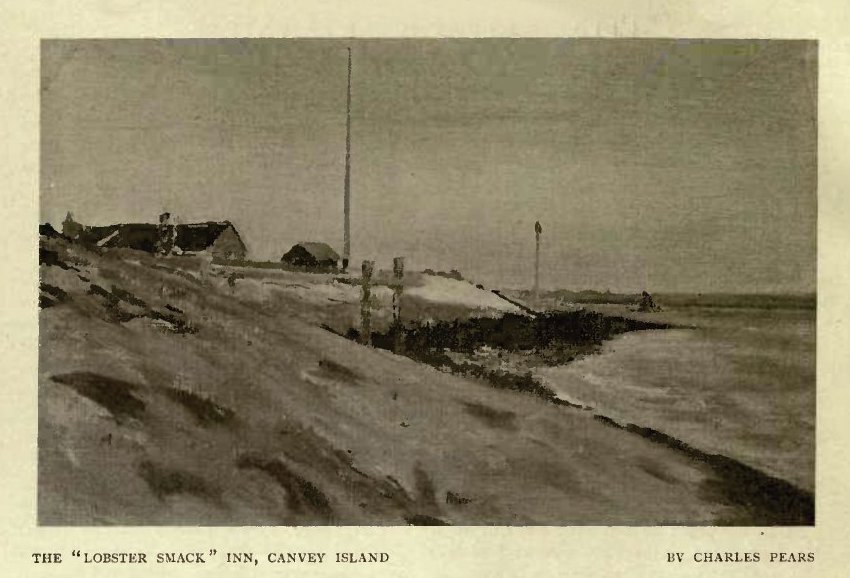 The little white flashing light ahead is the Ovens buoy; it marks a dangerous spit of mud which runs out nearly to the middle of the river. That red light beyond is the Mucking, which is the first lighthouse before the sea. Upon the marshes, beyond either bank, there is much subtlety of colour.   We shall soon be in Hole Haven, the little creek which helps to make Canvey an island. We shall sleep there. When you wake up again you will think you are in Holland. For there, Dutch eel-schuijts, as at London Bridge, have free moorings; and Canvey is surrounded by a wall built by the Dutch in the time of Charles II., the island being some fifteen feet below the high-water level of the sea. There will be many other yachts there, for it is a place beloved of yachtsmen. Indeed, the “Lobster Smack” Inn possesses a log-book, where-in humorous, poetical, and artistic tribute has been paid to the place by the many yachtsmen who have visited it. We shall find plenty to paint in the pretty Canvey village the meadows with their bulrushed dykes and the quaint effect of steamers steaming and ships sailing beyond the wall far above the level of the eye. Then we can choose a calm day and run aground upon the Blyth sands, and paint the opalescent mud stretching away for miles, with the shipping of Sea Reach coming and going beyond; or, looking in the other direction, the flat stretches of the marshland with the wooded Kentish hills beyond. We can, another day, drop anchor opposite and paint the lights of Southend as they struggle through the twilight and the mellow sea mist that stretches across the six miles of the river’s mouth. Then there is Benfleet, Leigh, and Shoebury. We might also run through Havengore Creek to Burnham-on-Crouch, which is a well-known yachting centre, where the glory of some five hundred shapely yachts, their riding lights twinkling in the water, provides one of the most beautiful sights possible.   But enough! Someone said, “See Venice and die.” I have not seen Venice, but I have seen the Lower Thames, and I live –live to go there again and again.

In the gallery at the bottom of the page is a picture of the book ‘Poems of Whittier’ with Illustrations by Charles Pears. The writer of the poems was John Greenleaf Whittier, an American Quacker, poet and abolitionist who was the inspiration of Harold Thomas, the founder of Whittier Hall, Canvey Island. 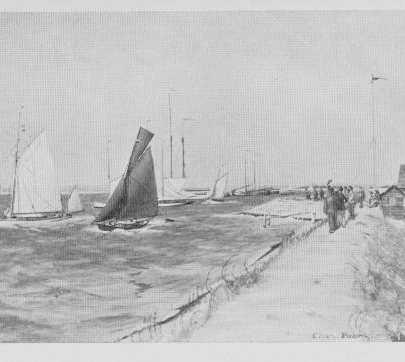 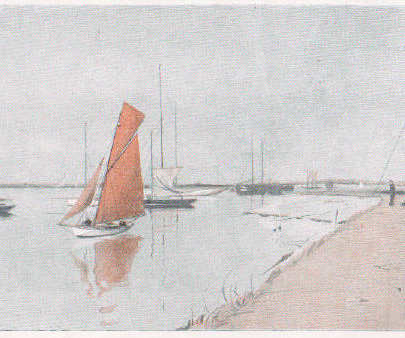 The Lobster Smack and Hole Haven by Charles Pears used in his article for the Graphic, The Saga of a Small Yacht Cruise, July 30, 1910 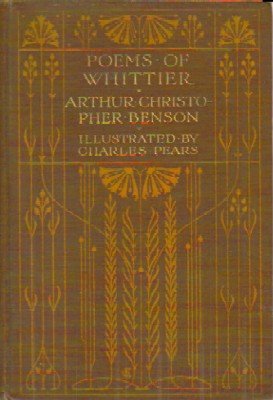 Book of poems by Whiittier, illistrated by Charles Pears 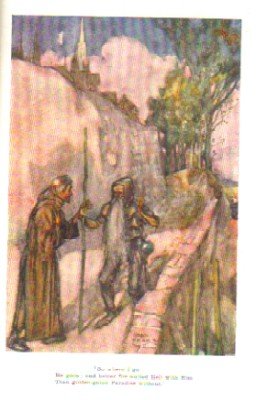 One of Charles Pears Illustrations for Whittiers poems 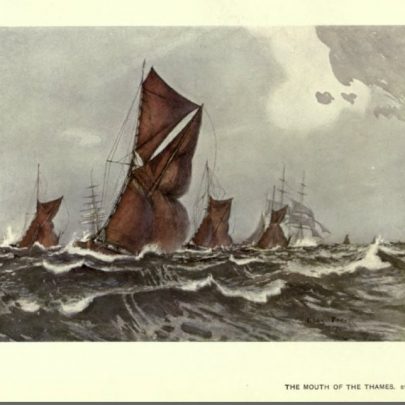 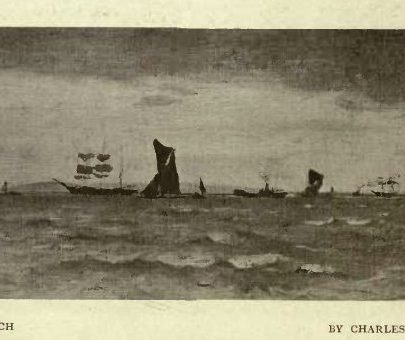 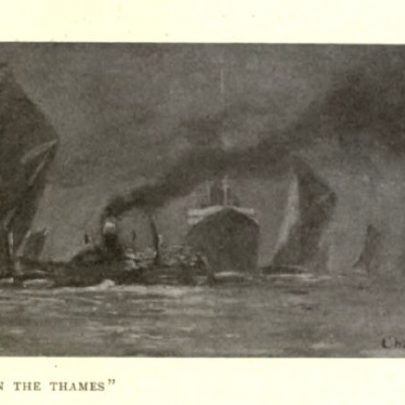