Documents on the loss of Wellington bomber BJ894

Most of the documents were printed and scanned from microfilms held by the National Archives of Canada. The Air Raid Warden’s report came from the Essex County Archives, and the Accident Record Card (summarizing the conclusions of the Court of Inquiry) came from the RAF archives.

Of particular note is the initial message from RAF Southend to the RCAF squadron at Dishforth, Yorkshire, that no enemy action was involved. This is in agreement with the conclusions of the Court of Inquiry.

425 Squadron was official a French-Canadian squadron, although there were also Canadians from other parts of Canada along with the occasional RAF member as well.

Their nickname “Alouette” came from the French-Canadian folk song of the same title, as does its motto, “Je te plumerai – I shall pluck you”.

One of its most illustrious members was Gilles Lamontagne (age 92 as of this writing), who during his long career served as Mayor of Quebec City, federal Minister of National Defence, and Lieutenant Governor of the Province of Quebec. Lamontagne spent more than two years as a POW after being shot down over the Netherlands in 1943. 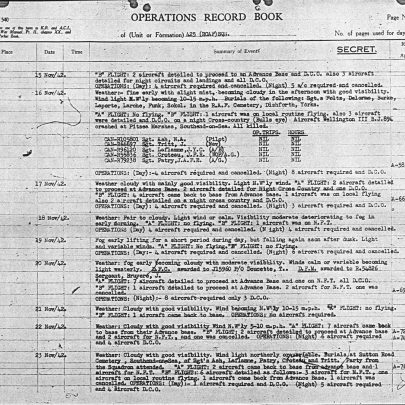 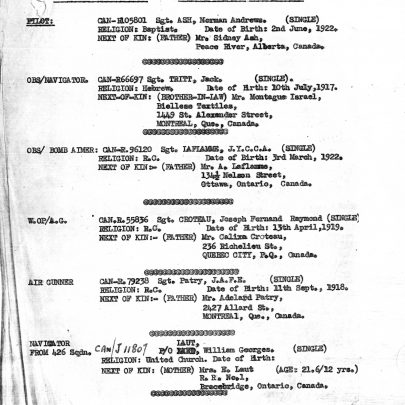 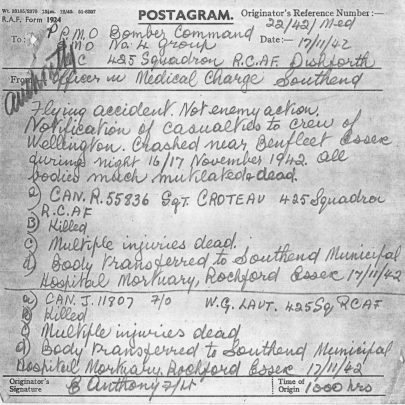 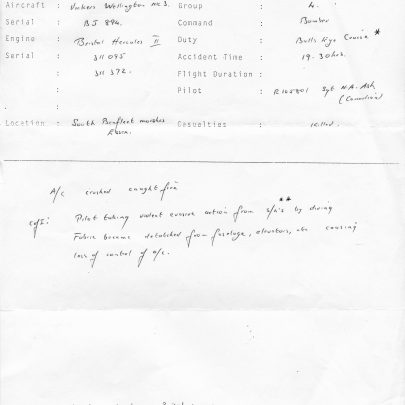 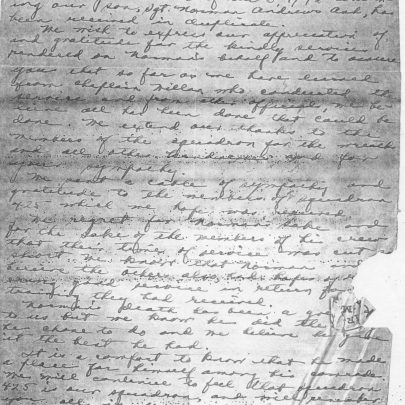 Letter from the family of Flt Sgt Ash of Peace River, Alberta
National Archives of Canada 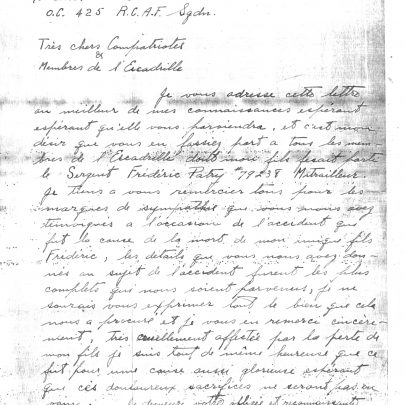