You are here: HomenextHistorynextWorkplaces, Groups and ClubsnextWorkplacesnextThames LightermennextThe Working Community on the River Thames Part 2

The Working Community on the River Thames Part 2 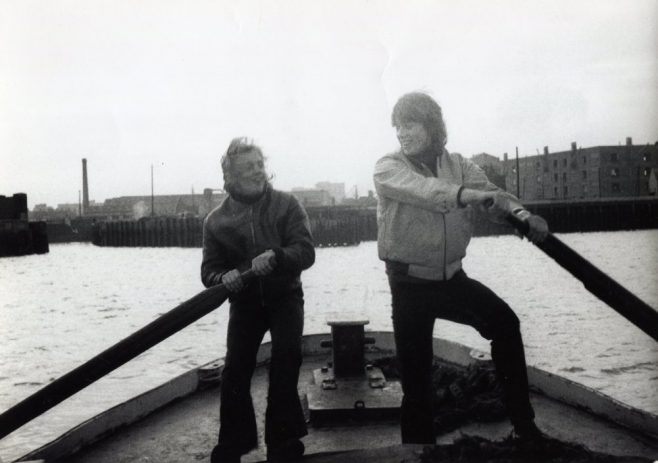 Colin Window and fellow apprentice rowing a barge in training

Sadly since the writing of the 1st page on Canvey’s lightermen and watermen Vic Window, the gentleman referred to as the Captain of the tug in the 1963 black/white video clip, has passed away. However, his son Colin was kind enough to give up his time to tell me about his Dad’s and the Window family’s longstanding connection with work on the River. He told me his father was born in East End of London and like previous generations of the Window family before him he was bound into the Company of Lightermen and Watermen in 1941, at the age of fifteen. He worked his way up from apprentice to tug captain and was probably the mate of one of the General Lighterage Co. tugs when he moved to Canvey with his wife, Virginia and two sons just after the Flood in late 1953. They settled into a bungalow in Van Diemens Pass where Colin was born in 1954 and his sister and brother followed.

Colin went to Leigh Beck School and Furtherwick Park and after leaving school in 1970 he had a few short-lived jobs on Canvey, including, he laughingly told me, ”one day at Keymarkets ” but really he was waiting to be ‘bound’ to his Dad and take up the life of working on the River. Having completed his customary 5years apprenticeship he became a lighterman being accomplished with all the skills and knowledge of navigating the Thames and to wage. However, in  the late 80s when work was not  abundant on the River because the end of the era for London’s docks upstream he ‘came ashore’ (in the language of the River) and was self-employed for 15yrs running Cartaway Skips and a plant-hire company. Although ‘ashore’ Colin always kept up his contacts with the working community on the Thames and in 2004 he returned to the River when he started back as a deck-hand on the Woolwich Car Ferries. Once again he was working with old shipmates from the lighterage days. Over the subsequent years he took the necessary exams for his licence as a mate and is now the Captain of the ferry ‘Ernest Bevin’. 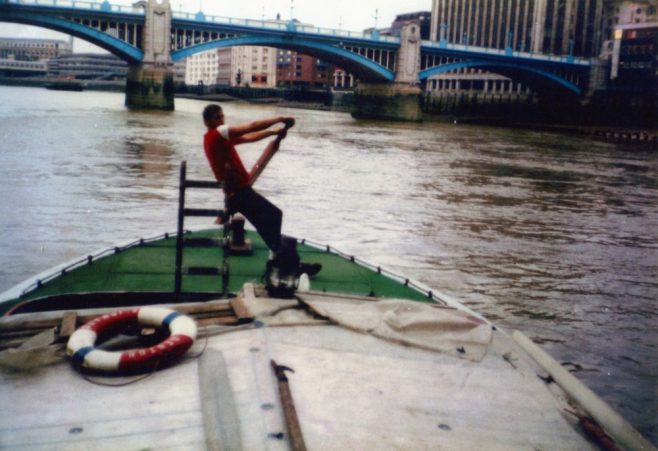 Collin steering the winning barge in the ‘Thames Endurance Race’.

Initally Colin’s son Lewis, 32, did not follow the family’s to the River Thames, after schooling on the Island he worked in the City and ran a couple of pubs but only last year, much to his Dad’s surprise, he asked him about jobs on the River. Now he is ‘bound’ to Colin for 3 yrs, working on the Woolwich Ferry and undergoing the same training at Denton College, Gravesend as his father and grandfather.

In early 2012 Colin returned from holiday to find the ferries buzzing with news that BBC 2 were looking for a volunteer to feature in a documentary programme. With few details available Colin applied and after successfully testing to be the subject of the programme he learnt it was to be one of the ‘Toughest Place to be A — series. Even then it was not until a couple of weeks before leaving this country that he found out his destination was to be Dhaka, the capital of Bangladesh and he departed still unaware of the exact nature of his role. On location every day was a challenge and Colin said that even his early training and present rowing experience had not prepared him for the rigorous work of the Third World Ferryman.

The outcome was the very enjoyable and enlightening ” The Toughest Place to be a Ferryman.” which can be seen here. 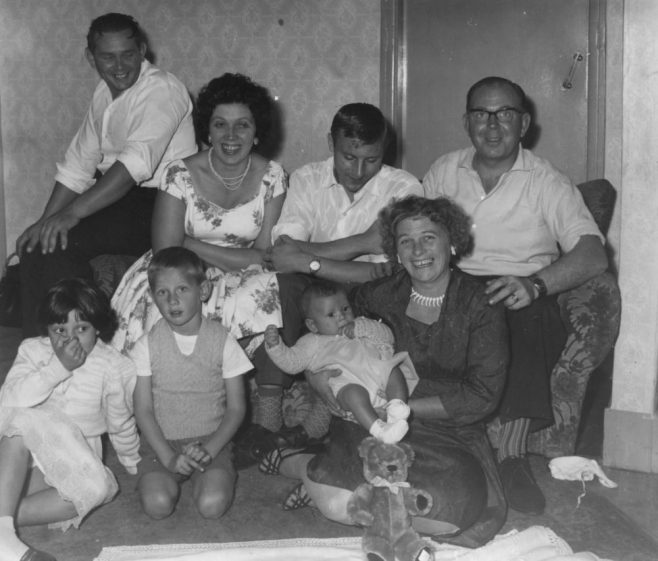 The Window family at home, Vic and Virginia on left of picture 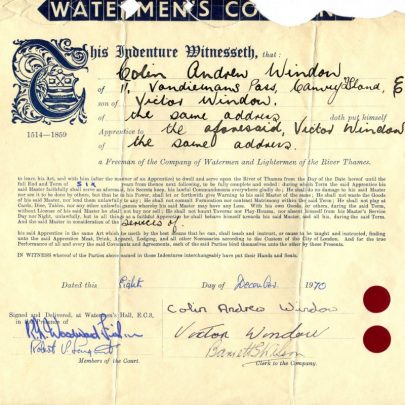 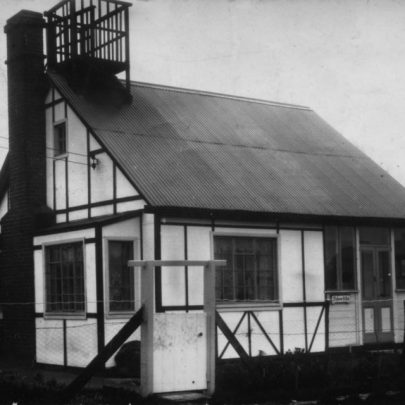 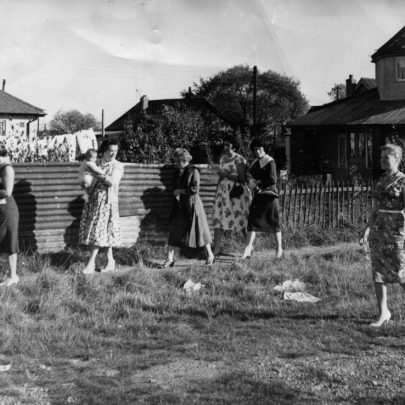