Canvey Island Senior Citizens Association (C.I.S.C.A.) operates from CISCA House in the Paddocks area of Long Road on Canvey.  CISCA provides breakfasts, snacks and a mid-day set meal at non-profit making prices.  It also provides a wide range of leisure activities including, socials, games evenings, bingo, darts, short mat bowls, snooker, darts, outings, and many other facilities for people over the age of 55.  There are no membership requirements to use the centre. 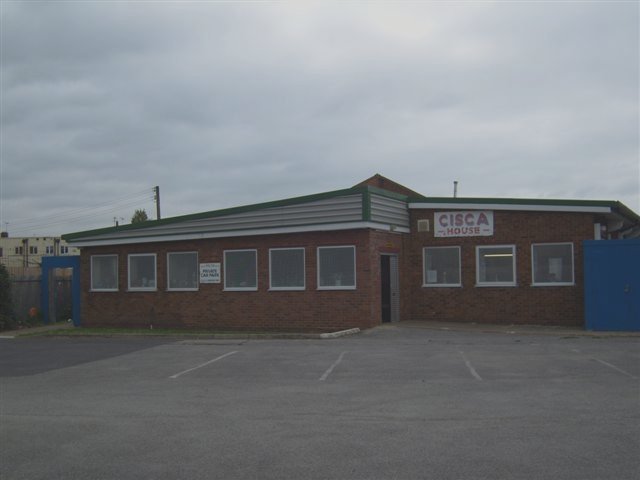 CISCA has developed to form a very important part of the recent history of CanveyIsland, particularly due to the foresight of its founder Chairman, Harry Whitcomb.  In the early 1960s Harry Whitcomb was a member of the then Canvey Island Council, and was Chairman of the council on two occasions. During his terms as Chairman he introduced the scheme for providing Christmas parcels for the elderly.  Out of this developed his vision of creating a day centre for senior citizens, but independent from any local authority, political or religious control.  This kind of development was not very familiar at that time.

Harry formed the association of CISCA with a band of like minded volunteers and family, particularly his wife, Sue.  These early members came from right across the political spectrum, from all walks of life and from a variety of religions.  A truly ‘open’ association was officially born.

In its early stages of fund-raising CISCA had no official premises, but to develop such a building was the foremost ambitious aim of the association.  The band of volunteers held jumble sales and regular bingo sessions, usually in Canvey War Memorial Hall which was one of the few public halls on Canvey at that time.  Many other fund-raising events were held, such as raffles, and ‘flag days’ when the island was bedecked with people wearing a blue daisy on their lapels.  Some other organisations, such as the Canvey Carnival Association, made contributions to the worthwhile cause.  CISCA collection boxes were to be found in most shops on the island.  But sending out begging letters became a regular feature of fund-raising by committee members.

By 1968 Harry and his band of helpers had achieved his first aim of raising enough money to build what was to become CISCA House, helped by a contribution from Canvey Council, but there remained a major problem.  There was no land to build on, and no money to purchase land.  In this same year Canvey Council demonstrated its commitment to the community spirit by granting a lease of a plot of land in the north east corner of the Paddocks for sixty years at a peppercorn annual rent of just one shilling (10p) a year.  In 1968 CISCA was granted registered charity status by the Charity Commission. 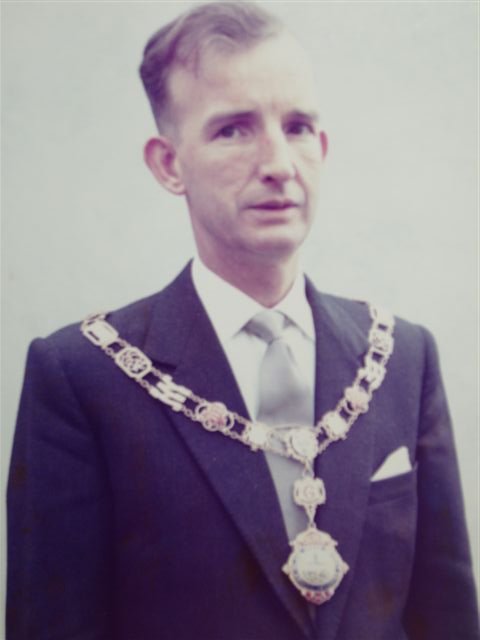 Later, in 1978, the owners of The Haystack Public House granted CISCA a 60 years lease, again for a peppercorn rent, for a Right of Way to CISCA House through their land.  This was seen as an important development for allowing disabled access.  Sadly, this Right of Way has in recent years been restricted by illegal tipping of rubbish and the use of a taxi rank.  This land has recently been sold to a local businessman for development. He has assured CISCA that he intends to reinstate the pathway within the Right of Way when the land is developed.

Harry Whitcomb died in 1982 but the legacy of CISCA lives on in CISCA House, overseen by a large picture of him (shown here) in the main area of CISCA House.
Many of Harry’s family are still involved in raising funds for CISCA, and so are some of the original people who raised money with Harry.  Harry’s son, local psychologist Dr Alan Whitcomb, is President and Trustee of CISCA, and the other Trustees are local Councillor Ray Howard and one of the original Trustees, Mrs Edna Bowden.

CISCA is alive and well today, more than 40 years after Harry Whitcomb formulated the original idea to establish the association.  It goes from strength to strength, supported by a band of enthusiastic volunteers.  It is in an almost unique local position of having been awarded a Community Fund (Lottery) grant three times.  These awards in which CISCA has been guided by Harry Whitcomb’s son, Dr Alan Whitcomb, have enabled a new kitchen to be established and a new roof being installed.