by Herbert Price Powell Esq from the 1931 Canvey Guide

The beginning of the 17th century Canvey Island does not appear to have been in any way protected by artificial means from inundation by the sea, and consequently it was of little use even for pastoral purposes, since flocks and herds could only graze upon it in safety during the periods of the neap or low tides. 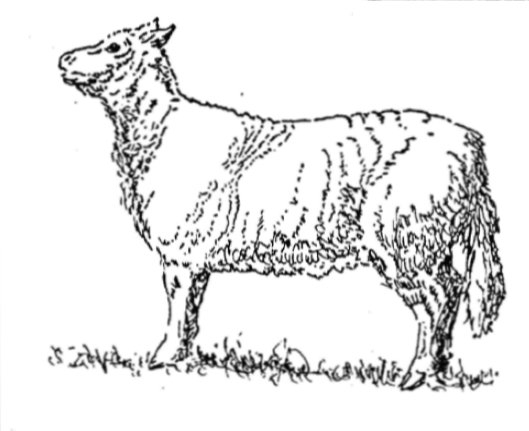 That a limited use was made of it for depasturing cattle and sheep appears to be well established, and it was doubtless the custom for landowners on the island who held farms on the mainland to have the animals driven on to the Island during the periods of the neap tides and removed for safety to the mainland at the periods of the spring tides.

The herbage on the Island at that period, as now, seems to have possessed singularly nourishing properties, and, owing to its impregnation by salt, to been eagerly eaten by the animals sent to graze upon it.

No doubt, the landowners of that period were much exercised by the fact that they had so valuable a fattening ground in their possession which was only available, roughly speaking, for about six months in the year, and wondered what could be done to protect the Island from the sea at a cost which they could afford to pay.

A solution of the difficulty was found by the landowners agreeing in the year 1622 to make a grant to an enterprising Dutchman, by name Joas Croppenburgh, of one-third of such land as he could reclaim, leaving the remaining two-thirds to the owners of the land, and this arrangement was confirmed by a Decree of the High Court of Chancery in the following year.

Croppenburgh, having thus obtained what constituted a valuable concession to a man who knew how to use it, at once brought on to the Island skilled workmen of his own country, and a wall began to encircle the Island.

As the wall extended and more land was reclaimed, the landowners took possession of their share of the reclaimed, acres, while the Dutchmen occupied their third share, paying no fee for such occupation and gradually extending the wall in order that they might own more. 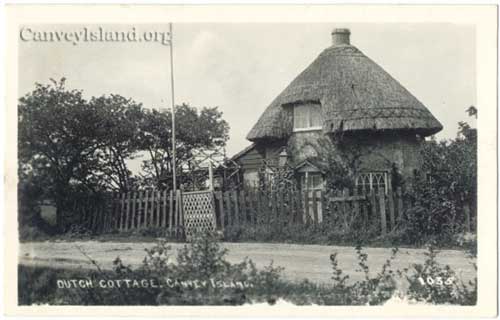 In course of time the Island, much as we know it now, took shape, and the position arose that portions of the Island were in the occupation of the Dutchmen by virtue of the agreement; while the remaining, and of course the larger portion, was in the hands of the original owners, the Dutchmen continuing to maintain the sea wall in consideration of their occupation of the land assigned to them. As might be expected, however, Island affairs under this regime did not run very smoothly, since the representatives or tenants of the landowners were doubtless men of sturdy Essex stock, always resentful of “foreigners”; while an equally independent spirit has long been a character­istic feature of the Dutch nation. Consequently where divided councils obtained, the work of maintaining the sea wall appe­ars to have been neglected to such a degree that in the year 1790 Parliamentary intervention was sought, and by an Act of Parliament 32 Geo. III. Cap. 31, passed in 1792, the maintena­nce of the sea wall was vested in a Board of Commissioners, who were granted powers to levy a rate on Third Acre lands to pay the cost of the upkeep of the wall.

The powers given to the Commissioners under this Act were considerable, and they were entitled under it not only to rate the Third Acre land, but also to levy dues on land outside the Third Acre areas, in the event of the Third Acre lands not pr­oviding sufficient funds for the proper maintenance of the wall.
Somewhere about this time the Dutchmen left the Island and the lands held by them reverted to the original owners.

Unfortunately, the Commissioners appear to have been chary of rating lands other than Third Acre, and the result was that the wall was not maintained in the condition that it should have been, and in January, 1881, what might have been expected from such a condition of affairs happened, namely, the sea wall broke and very many acres of land were flooded, some of which – noticeably at the east end of the Island- have never been reclaimed.

Following this catastrophe the Commissioners endeavoured to raise funds by rating the “free” lands, but they were with­out borrowing powers and in 1883 the present “Canvey Island (Sea Defences) Act, 45 and 47 Vic. Chap. 73” was passed, which gave the Commissioners borrowing powers, the right to levy a  rate on Third Acre lands up to 13s 4d. in the £ and to rate the free lands up to any sum, provided that the total rating from all sources did not exceed £l,000 in any one year.

Fortified with these new Powers the Commissioners were en­abled to take the necessary steps to strengthen the sea wall and as evidence of the effective manner in which the work was carried out and has been maintained year by year, it is satis­factory to know that the sea has not since broken in. Indeed, on 1st November, 1921, when the South-East Coast was subjected to an abnormally high tide, although many sea walls in Kent and Essex were breached and the lands flooded, the Canvey Island wall was practically alone in successfully withstanding the tremendous strain, as it was again on the 6th January, 1928 when loss of life and much damage to property took place along the shores of the Thames Estuary, and particularly in Westmin­ster.

The Commissioners, alive to their responsibilities, felt that with the increase in the value of Island property, the time had come for more vigorous steps to be taken for its protection, and accordingly Parliamentary powers were obtained whereby the E1,000 limit was removed, a loan was raised, and as a result the wall was still further raised in height and strengthened and sufficient funds are obtained from the Wall Rate each year to allow for its upkeep. 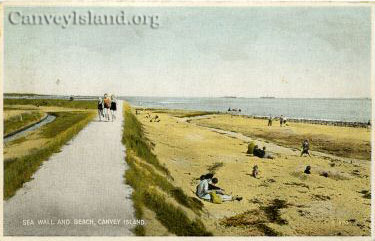 A permanent staff of men is maintained constantly at work on the wall year in and year out and the few and infrequent changes that take place in this personnel has given to it the character of a body of experts, so that residents can have every confidence that all that is possible is done to ensure the safety of life and property from the peril of the sea.

The Commissioners are fifteen in number, with a Standing Works Committee of seven members. Vacancies are filled by option, and any person is eligible to serve on the Commission who is an owner of land on the Island (there is no limit- the owner of a single plot is eligible), or is nominated by an owner of not less than 100 acres, or is rated on the Island at not less than £50 per annum.