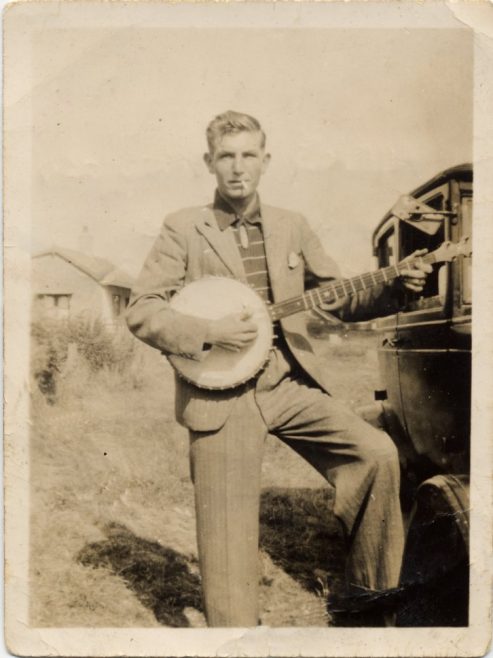 Further to the CCA’s publishing of Bill Gower’s memories of Canvey in the 1930’s (written in 1994), Bill now a sprightly 90 year old, told me some more of his recollections of his life on Canvey in the early days.

Bill was born in London and came to live on Canvey at the age of eleven.

These are bill’s words about his arrival on Canvey:

“I was eleven years old and I’d never heard of Canvey Island before. We left London before midday and didn’t get on Canvey till about 2 o’clock the next morning. We were in, what was then the equivalent of a transit pickup truck. Mum and Dad in the cab with the driver and us five kids stuck in the back amongst our few paltry bits of furniture. We came along the Southend Arterial Road which was then a country road and they stopped at a couple of pubs along the way. I know by the time they stopped at the ‘Halfway House’ I was getting fed up. Anyway, when we came down into Benfleet and along by the creek and over the bridge onto Canvey, I saw all the boats and I thought we were heading off into the sea. (I later found out the bridge had only been open two weeks). It was pitch black on Canvey, but they found someone to give them directions and we got to Lakeside corner. Our furniture was dumped into the field there (where Barclays Bank is now), the truck went off and we stayed in somebody’s house for the night. One of the things that impressed me about Canvey Island the very next day was when I came out onto the verandah of the bungalow and saw the ‘space’, there were no shadows of buildings all around, it was tremendous. I thought ‘what a lovely place, the sun was shining you could smell the sea air, what a difference from London, with all the buildings and dirt there. I was so pleased to be here!'”

Interestingly, one of Bill’s earliest memories was of the big gate across the south section of Furtherwick Road, near the farm, it was just a sandy track thereon and the council used to keep it locked on weekdays only opening it up on Fridays to allow vehicular access to all the open space, that was the camping area with the ‘Welcome Hut’ near the seawall. 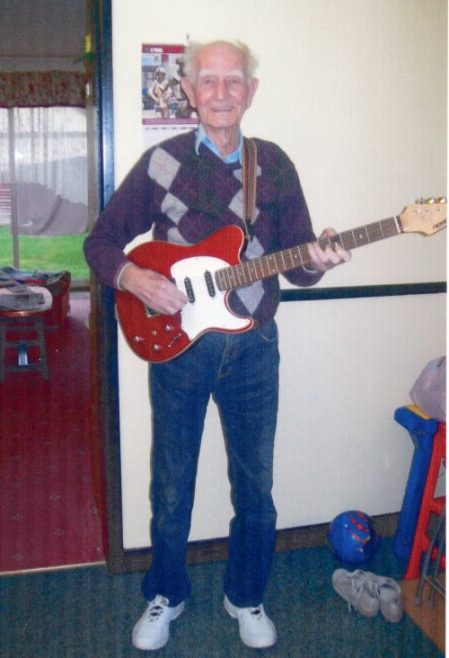 Bill continued to entertain me with several anecdotes from his youth:

I asked bill what roads he lived in on Canvey, he replied, “Oh, we lived all over the place. They’re too many to remember, we lived in rented property and mum would probably move every few months. The pram was there and we’d carry some bits of furniture and pile some on it and off we’d go. I remember we’d moved into a bungalow in Metz Avenue, it had lovely polished oak floors. Anyway, the gasman came round one day cos they were laying on gas all over the Island and he had to go up into the loft to check for air vents etc. So he left his shoes at the bottom of the ladder. Dad came out of the bedroom, sees the Gasman’s shoes, puts them on and goes off down to the Rainbow Club. Of course nobody has seen him do this. The gasman came down the ladder ‘Where’s my shoes?‘ he says. Now, mum sussed out what’s happened and says to me quietly ‘Your dad’s gone off in his shoes to the Rainbow Club, go and get him!’ So I got on my bike and rushed round there. As I was under age they wouldn’t allow me into the licensed bar. So I stood at the door and shouted ‘Dad, mum says you’ve got to come home, you’re walking about in the gasman’s shoes’. I properly showed him up! He apologised profusely to the gasman, he said ‘I thought they were her brother’s!” 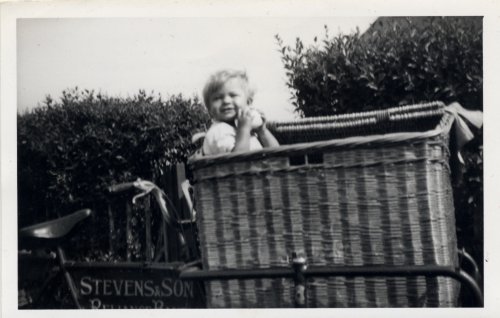 Bill told me: “One of my first jobs was working as a delivery boy for your granddad and Mr Palmer at Palmer and Stevens. One day I had to take two loaves and half a dozen cakes on the trades’ bike round to Runnymede Road. On the way I was really hungry and I eat one of the cakes. When I got to the door I took the basket out and the woman said ‘Two loaves and six cakes!’ and she looked in the bag, ‘There’s only five cakes here’. I thought ‘That’s it I’m gonna get the sack for this’. She said ‘What happened to the other cake?’ ‘Well’ I said ‘As I was cycling along the bike hit a pot hole and the cake jumped out!’ She knew what had happened, because it was a doughnut and I think I still had sugar round my mouth! She said ‘Alright then I won’t say anything about it this time but next time you come with an order for me, will you look out for this pothole.”

Bill reeled off a list of his teenage mates:

He said with a laugh, “We all used to play football on the field where Furtherwick School is now. Well, because Eardley Burbidge had a wooden leg (he was always called Pegleg) we used to put him in goal. But when he was running backwards and forwards, his wooden leg got stuck in the mud and it broke on a couple of occasions. So from then on one of the other lads used to bring his toolbox with him when we played. He even had some glue. So when it happened again we stopped the game and he’d say ‘Lay down Eardley’ and fix it with screws and glue. Eardley would say, ‘Will it hold?’ The answer was ‘Even if it don’t, don’t let any goals in!’ It was a real comedy!”

“He was a very amicable character, Eardley was. Later on he had the barber shop at Lakeside next to Warwicks Newsagents. He was very well known on the Island. He was always known as Pegleg“.

“My first car was a 1926 Morris Cowley 11.9 HP. I paid £3 10s for it. It was an old fashioned square shape and it could just about get up Vicarage Hill, Benfleet on the way to Southend. (Essex Way did not exist then) One day I lent it to my dad to go to Kent and the back wheel fell off, he reckoned I did it on purpose!”

Bill also reflected on the hard times experienced by many families in the 30’s and he illustrated it with this story:

“One day, when I was in my early teens my dad said to me ‘I’ve got to go over to the Dole Office in Vange, we’ve got no money at all, not for a bus fare. So I’ve got to walk, do you want to come?’ I said ‘Alright’ and we walked over to Vange. He collected his money, I think it was seven shillings and he said ‘We can’t spend any of this, its all needed at home’ On the way back at the bottom of Pound Lane he saw a newspaper lying in a ditch, so he jumped down and picked it out, it was wet and three days old but he held it open to dry as he walked along. When we got to the Tarpots I said, ‘Dad I’m really thirsty’ he said ‘I told you son I can’t afford 1d for lemonade go in the bar and see if they’ll give you a glass of water’. Which they did. It shows how tight things were then!”

We are grateful to Bill for sharing his memories with us, told in such an eloquent fashion.