Friends Terry Arms, Jeff Hawke and Terry Davis and their bikes on Canvey in 1960.

Below more pictures of the trio plus Sandra who later married Terry Davis. Sandra and Terry made frequent visits to Canvey before moving here. The friends all meeting up at the weekends at the Commodore opposite the Admiral Jellicoe.

Jeff Hawke lived in the High Street on Canvey. He had a chalet in someone’s garden where he also kept his motorbike. Jeff was known locally as ‘Jeff Duke’ after the motorbike champion. 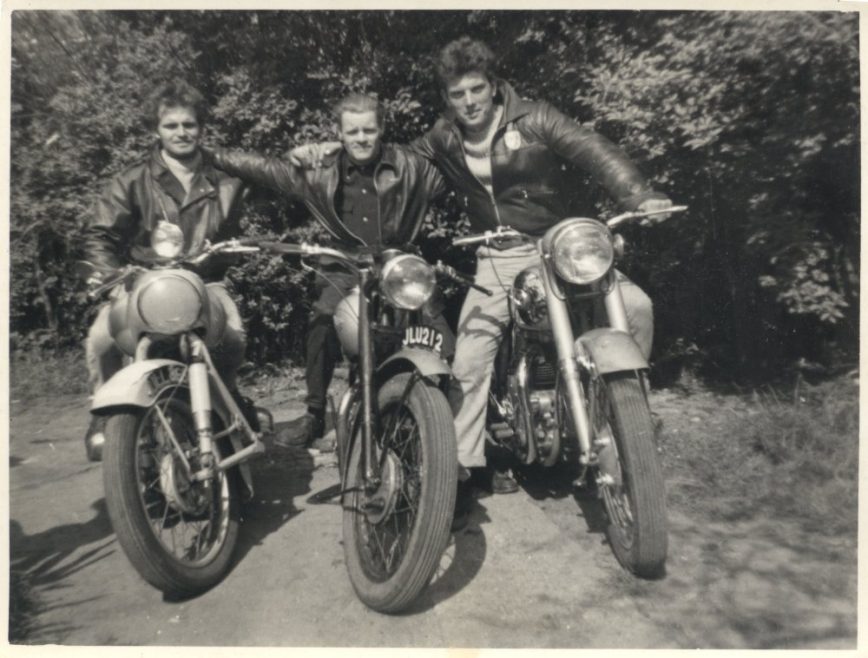 Leaders of the pack………….Terry Arms, Jeff Hawke and Terry Davis 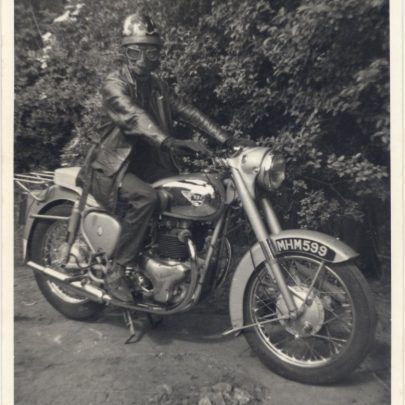 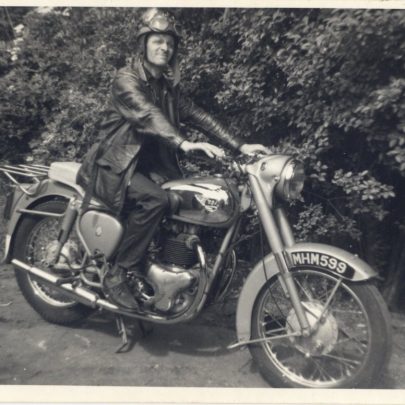 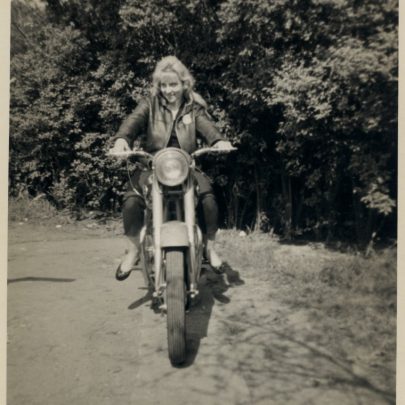 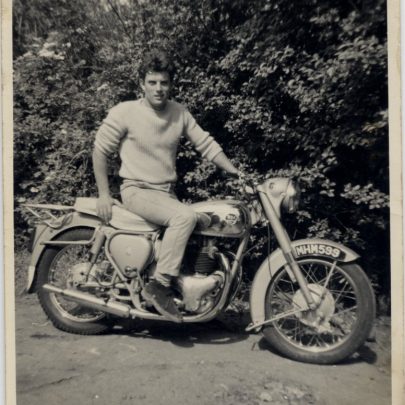 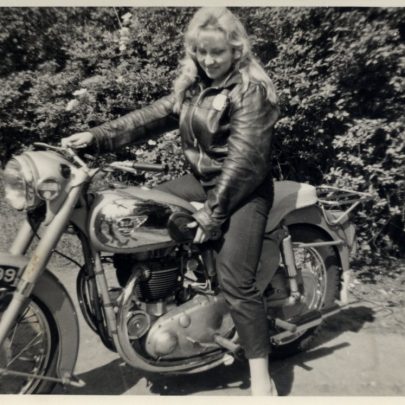 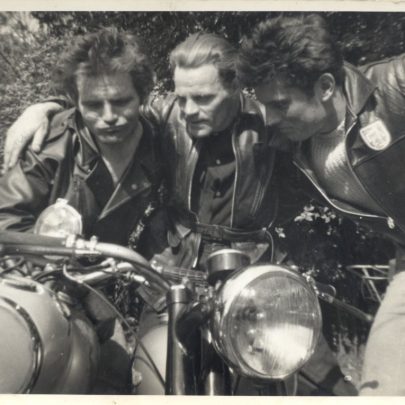