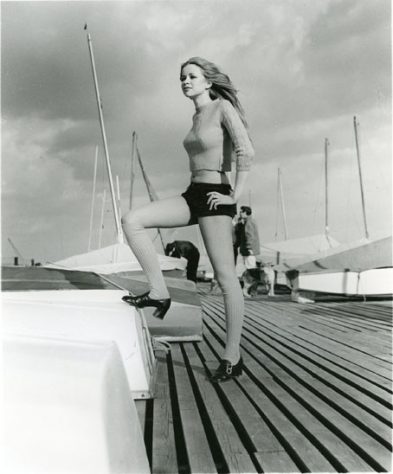 There have been some snide comments recently, not least from County Hall, about Canvey’s ambitions as a holiday destination, although that is a part of its development and history. Maybe this story will add a little spice to the argument?

In the early 1970s I helped one of the many young ladies with ambitions to become a model and, as usual, I sought out exotic/photogenic locations. Some of those sites were on Canvey Island. This particular young lady had barely left school and a local professional had already given up on her. Yet she was intelligent as well as enthusiastic and she had the backing of her parents, especially a resourceful, hands-on, practical mum, who provided costumes and outfits to my suggestions with great enthusiasm and talent. 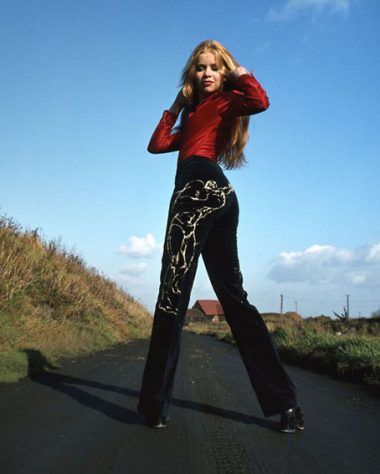 The Karslakes lived in the Old Vicarage on Vicarage Hill in South Benfleet. Her father was a model maker – honest – by profession, with a complete scooter collection of practically everything Lambretta ever produced.

There was a black cinder path (Northwick Road?) running out to nowhere, with an old barn and farm machinery by the roadside, which made an interesting background.

Somewhere out there on the sea wall stood a crane, which appealed to me with the industrial background of Shell Haven. I had included the flame as a feature of interest. Jo’s father tried to help publicity by taking the picture across to the company – Shell? I believe – who turned it down because ‘the flame was too large’ for their image, but the picture did rate almost a spread in a photo magazine. 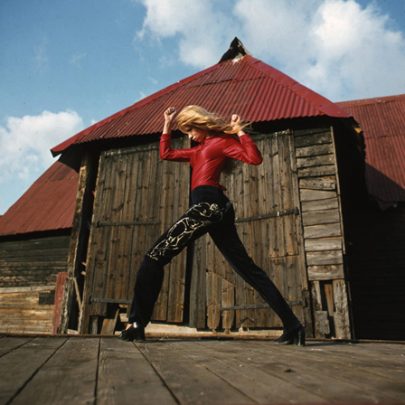 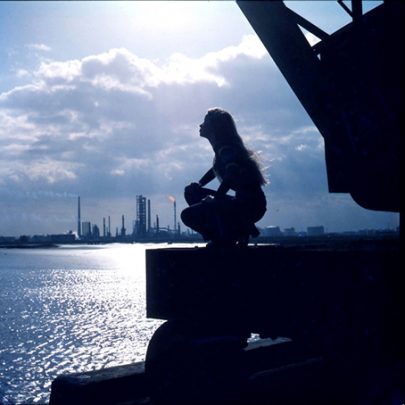 Just for David Lazell another image of the barn.
© Robert Hallmann