Affiliated to the Essex County Association 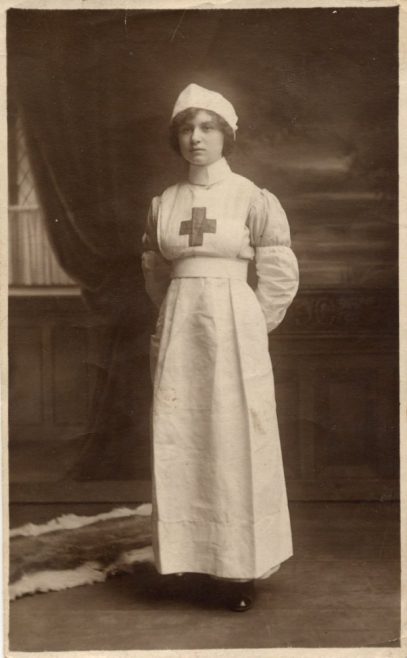 Before the introduction of the National Health Service, members of the public had to find ways to provide and pay for medical help themselves. Canvey Islanders were no exception and the Canvey Island District Nursing Association was formed and continued until 1948.

Miss Dorothy Stevens of ‘The Settlement’ with her nursing experience became the Hon. Secretary.  Dorothy was born in Surrey 1887, during WW1 she was nursing at Clapham Hospital. Dorothy and her family moved to Canvey Island in the early 1920’s. She died in 1933 and is buried in St Katherines Churchyard.

Miss Morgan, of May Avenue, was the District Nurse Midwife for many years. She used to cycle about the Island regardless of the weather and is spoken of affectionately. She has been responsible for bringing many Canvey Islanders into the world and we have a couple of excellent stories about her on this website. The windy toilet and the bomb, the tree and the midwife.

Subscriptions for General Nursing was 5/- per year. Fees for Midwifery and Maternity were printed on Membership cards. It paid to be a member because non-members paid different rates.

Subscriptions could be paid to the following: 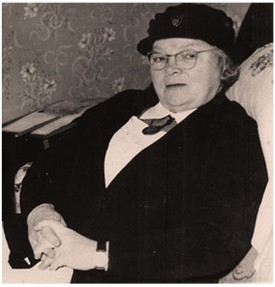 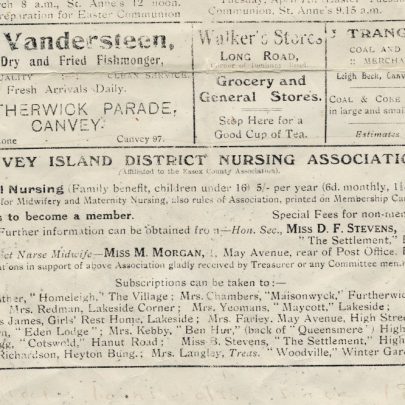