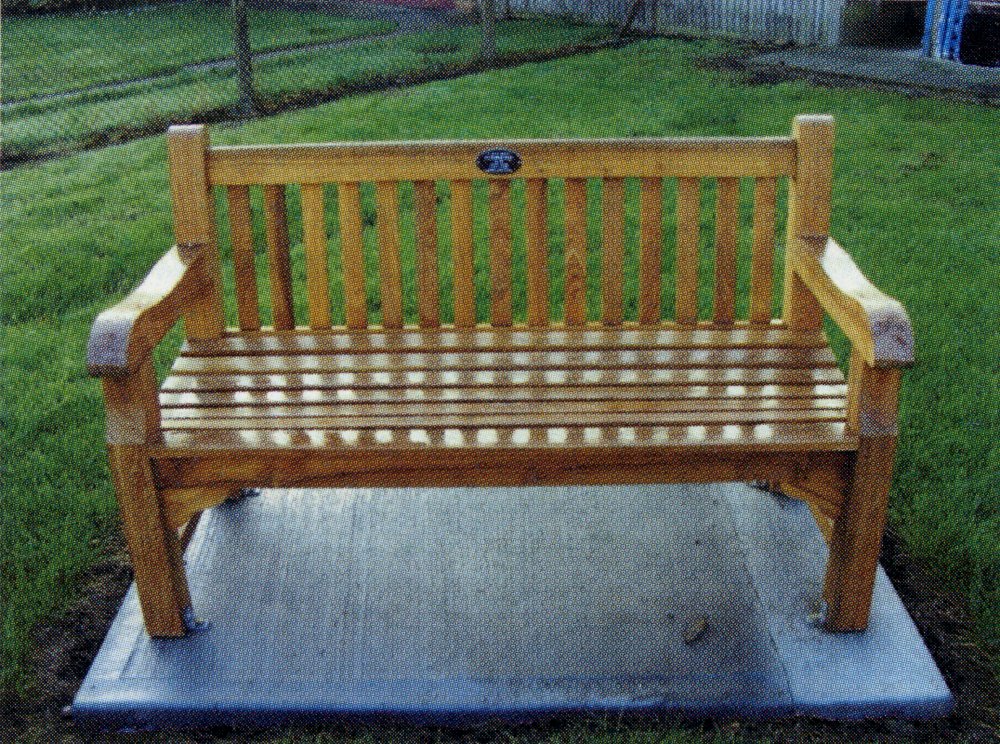 A memorial bench dedicated to a popular Canvey police officer has been placed outside Canvey Police Station. Many older residents will remember Charlie Burt who patrolled the streets of Canvey until the late 1980’s. The bench was donated by Charlie’s family as a permanent reminder of the work that Charlie carried out on the Island he loved.

Charles Edward Burt was born in Tottenham in February 1931. After leaving school he joined the RAF as a photographer’s Clerk and was stationed in Egypt during the Suez crisis. On his return he joined Essex Police and worked first in Upminster, then Takely in North Essex before moving to South Essex.

Charlie was a well loved member of the community and worked hard throughout his time here to make Canvey a safer place. He had the great honour of introducing Canvey’s first police motorbike to the Island. 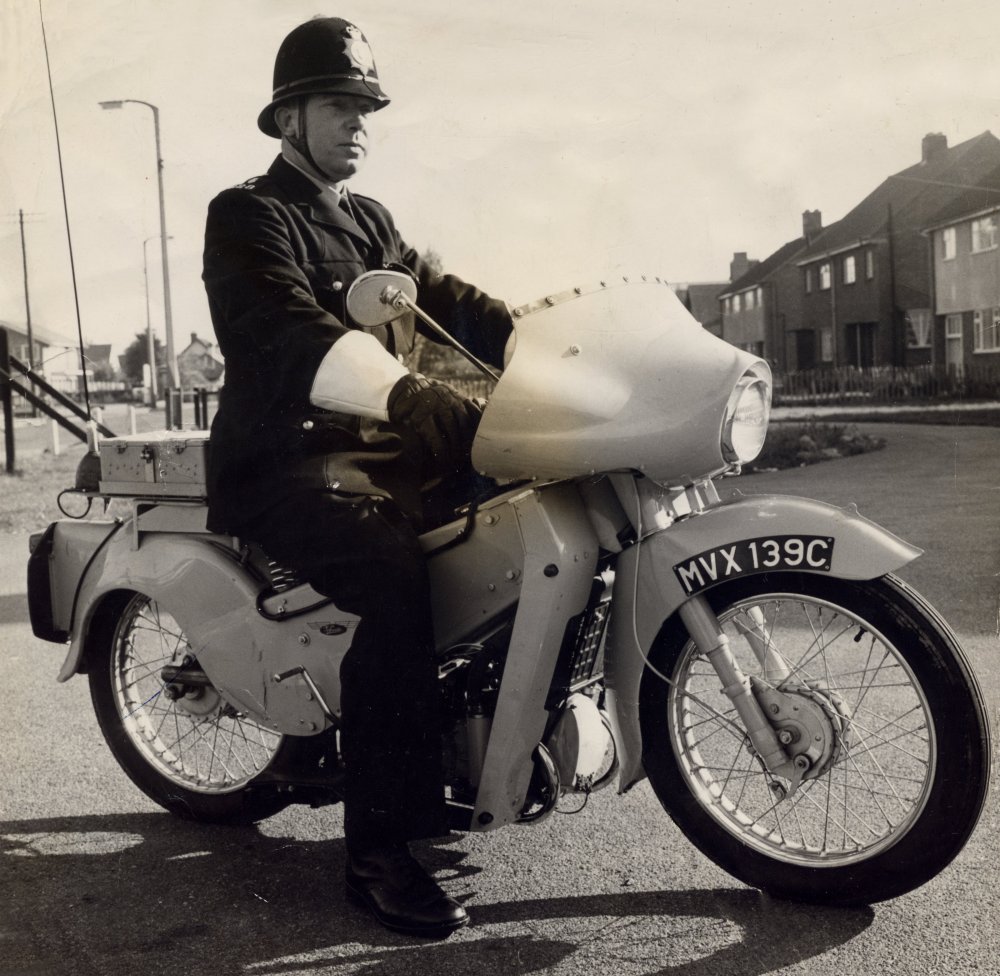 The notation on the back of the picture says: ‘Tuesday October 19th. Canvey’s first motorcycle has arrived to patrol the Island. A picture of PC Burt on the bike outside Canvey Police Station, Long Road’

When he wasn’t working, Charlie enjoyed spending time with his wife, Eileen and their three children Brian, John and Jackie. He was a regular in the Conservative Clubs in both Canvey and Benfleet and was a lifelong Spurs fan. His son Brian, who remembers growing up in the police house next to the station says “Daw was well known and liked on Canvey and is remembered as a cheerful, jovial man”.

After retiring from the police force through ill health, he went on to become a warrant officer before finally retiring in the early 1990’s. Charlie passed away at the age of 76 two years ago and hopefully the memorial bench will help to keep his memory alive on the Island.

First published in ‘Your Canvey’ November 2009
Thanks to Angela for allowing us to reproduce her article here.