Guardians of the Sea Wall 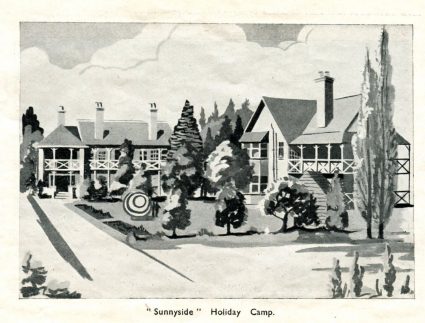 Few are aware of the continuous work, valuable as it is unobtrusive, which goes on summer and winter, and, but for which the larger part of the Island might well become inundated.

It is carried out under the direction of the Canvey Island Sea Wall Commission, whose staff of experts maintain a ceaseless watch to ensure that the sea wall is kept in first-class condition.

To-day the wall stands solid and secure, well able to withstand any strain put upon it. as the periodical abnormally high tides have proved.

But that was not always so. At the beginning of the 17th century, Canvey Island does not appear to have been in any way protected by artificial means from inundation by the sea. and consequently it was of little use even for pastoral purposes, since flocks and herds could only graze upon it in safety during the period:; of the neap or low tides.

That a limited use was made of it for depasturing cattle and sheep appears to be well established, and it was, doubtless, the custom for landowners on the Island who held farms on the main­land to have the animals driven on to the Island during the periods of neap tides and removed for safety to the mainland at the periods of the spring tides.

The herbage on the Island at that period, as now, seems to have possessed singularly nourishing properties, and, owing to its impregnation by salt, to have been eagerly eaten by the animals sent to graze upon it.

No doubt the landowners of that period were much exercised by the fact that they had so valuable a fattening ground in their possession which was only available, roughly speaking, for about six months in the year, and wondered what could be done to protect the Island from the sea at a cost which they could afford to pay.

A solution of the difficulty was found by the landowners agreeing in the year 1622 to make a grant to an enterprising Dutch­man, by name Joas Croppenburgh. of one-third of such land as he could reclaim, leaving the remaining two-thirds to the owners of the land, and this arrangement was confirmed by a decree of the High Court of Chancery in the following year.

Croppenburgh, having thus obtained what constituted a valuable concession to a man who knew how to use it, at once brought on to the Island skilled workmen of his own country, and a wall began to encirdc the Island.

As the wall extended, and more land was reclaimed, the land­owners look possession of their share of the reclaimed acres, while the Dutchmen occupied their third share, paying no fee for such occupation and gradually extending the wall in order that they might own more.

In the course of time the Island, such as we know it now. took shape, and the position arose that portions of the Island were in the occupation of the Dutchmen by virtue of the agreement-while the remaining, and of course the larger portion, was in the hands of the original owners, the Dutchmen continuing to main­tain the sea wall in consideration of their occupation of the land assigned to them. As might be expected, however, Island affairs under this regime did not run very smoothly, since the representa­tives or tenants of the landowners were, doubtless, men of sturdy Essex stock, always resentful of ” foreigners”; while an equally independent spirit has long been a characteristic feature of the Dutch nation. Consequently, where divided counsels obtained, the work of maintaining the sea wall appears to have been neglected to such a degree that in the year 1790 Parliamentary interven­tion was sought, and by an Act of Parliament 32 Geo. III. Cap. 31, passed in 1792, the maintenance of the sea wall was vested in a Board of Commissioners, who were granted powers to levy a rate on Third Acre lands to pay the cost of the upkeep of the wall.

Somewhere about this time the Dutchmen left the Island and the lands held by them reverted to the original owners.

Unfortunately, the Commissioners appear to have been chary of rating lands other than Third Acre, and the result was that the wall was not maintained in the condition that it should have been, and in January, 1881. what might have been expected from such a condition of affairs happened, namely, the sea wall broke and very many acres of land were flooded, some of which— noticeably at the east end of the Island—have never been reclaimed.

Following this catastrophe, the Commissioners endeavoured to raise funds by rating the ” free” lands, but they were without borrowing powers and in 1883 the present “Canvey Island (Sea Defences) Act, 45 and 47 Vic. Chap. 73 ” was passed, which gave the Commissioners such additional powers that they were enabled to take the necessary steps to strengthen the sea wall and, as evidence of the effective manner in which the work was carried out and has been maintained year by year, it is satisfactory to know that the sea has not since broken in. Indeed, on the 1st November, 1921, when the South-East Coast was subject to an abnormally high tide, although many sea walls in Kent and Essex were breached and the lands flooded, the Canvey Island wall was practically alone in successfully withstanding the tremendous strain, as it was again on 6th January, 1928, when loss of life and much damage to property took place along the shores of the Thames Estuary, and particularly in Westminster; and the Canvey wall again resisted the high tide of February 6th, 1938.

While the distinction between ” third ” Acre and ” free” land was abolished, the former ceasing to exist.

At the end of 1932, in consequence of the operation of the Land Drainage Act. 1930. the control of the Sea Walls was taken over by the Essex Catchment Board, the Commission becoming an Internal Board under its jurisdiction, being directly represented both on the Board itself and on the Canvey Committee of the Board.

The Commissioners are fifteen in number, with a Standing Works Committee of seven members. Vacancies are filled by co-option, and any person is eligible to serve on the Commission who is an owner of land on the Island (there is no limit—the owner of a single plot is eligible), or is nominated by an owner of not less than 100 acres, or is rated on the Island at not less than £50 p’cr annum.

The most harmonious relations exist between the Board and the Commission, both of which maintain a staff of trained men. who are constantly at work on the wall and Dykes.

The Board has undertaken the work of gradually replacing the old fashioned Elm Sluices by modern ones of concrete construction, larger diameter and fitted with penstocks, while the Commission is engaged on a scheme for improving the internal drainage of the Island which is already showing excellent results.

These works are inter dependent and are the result of most careful forethought and co-operation on the part of the Executive of both Bodies.

The rambler, too, is provided for on Canvey. The sea wall alone offers many hours of pleasant walking, while the rural portion of the Island can be explored with great enjoy­ment.

But unhappily, even on Canvey Island, the sun does not always shine, but again there is plenty to do on a wet day or in the evenings.

The Rio Cinema in Furtherwick Road is always good entertainment, with frequent changes of programme.

At the Premier Club oil Furtherwick Road, the club member can always find something to do, a game of billiards, darts, or a quiet drink with a friend.

The Bay Country Club boasts one of the best dance floors in Essex, besides other excellent facilities.

Dancing, too, can be enjoyed at the Haystack Hotel, the only Free House on the Island, and at the Red Cow, the popular venue at Canvcy Village.

But this is to name but a few of the many and varied social activities that are to be found on the Island. On Page 56 of this Guide is to be found a complete index to the Social, Welfare and other organisations which exist and flourish on the Island.

The Sunnyside Hotel and Holiday Camp has been estab­lished on Canvey Island at what was formerly the Convent in Long Road. Extensive re-decorations, alterations and improvements have made the house, bungalows and grounds into a first-class holiday centre, where holiday-makers of all ages will find something to attract them. The management starting with the first essential to a happy holiday, have secured the services of an expert Continental chef, and three first-class meals a day are served. For those with children there are special facilities. A competent nurse is in charge of the day nursery where the kiddies may be left to play with other children. Within the grounds of Sunnyside are to be found a wide selection of sports and amusements, while all the many and varied entertainments to be found on the Island are within easy reach.