Conversation on a Summer Afternoon, 2010

Dudley George recalls the attractions of pre-war summers on Canvey

When I visited Dudley George (now in his eightieth year) my main mission was to pick up a copy of his poignant short story ”Roundabout Three” recalling his impressions of early childhood on Canvey in the 1930s, in which he describes the summer attractions of ‘Uncle Sam’s Minstrels’ and the ‘Globe of Death’, amongst others. However on arrival Dudley gave me a list of other summertime attractions which gave a great deal of pleasure to local kids and visitors: 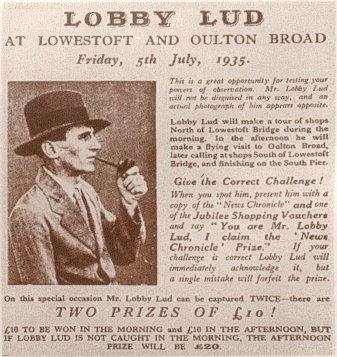 On a Saturday during the summer holidays a group of characters dressed as pirates congregated at the Red Cow (King Canute) in the village. They were the ‘Sunday Pictorial Pirates’ promoting the sales of that newspaper (possibly the ‘Pirates’ featured in the paper’s comic strips) Amongst their number was a marching band and they all paraded down Long Rd into Furtherwick and along the High St, a sort of mini carnival. Then on Sunday morning if you went to Concord Beach and bought a copy of the ‘Sunday Pic’ the children would be allowed onto an area of the beach where tokens had been buried ”Buried Treasure”! If and when discovered the tokens could be presented with your copy of the ‘Sunday Pic’ and redeemed for a prize according to the value of the token(s). Dudley thinks it was a cash prize.

Cash was certainly involved if you successfully challenged ‘Mr Lobby Lud’ of the News Chronicle, the mystery man who would occassionally appear at Canvey sea-front. At least £10. would be available if he was challenged with the right slogan at the right time.(successful challenges were restricted to two or three in one day) ————* 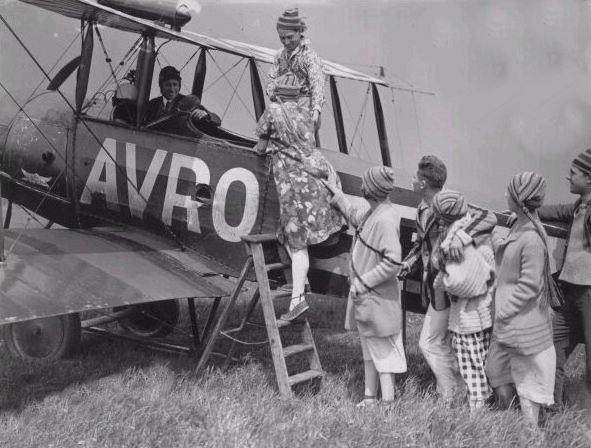 Of course there was always the attraction of the local sea-front amusements and Dudley could also just about remember the aeroplane joy-rides, he knew that he was too young but his older sister, June,was allowed to go on one of the flights.

The biggest summer event was Canvey Carnival in which Dudley had particular personal interest as his father Harry (Hasty) George was a retained fireman and the Canvey Fire Brigade’s float was a renowned, frequent prize-winner in the comedy section, especially the ‘Washerwomen/laundry Tableau’ which was probably repeated in different guises on several years. Copious amounts of soap-suds, water and wet rags being distributed (quite forcefully at times ) amongst the the watching crowds. Then, Carnival time was always accompanied by the travelling fair at the Paddocks.

Incredibly, Dudley also told me he could remember Cossacks doing ‘Horse-back Acrobatics’ on the Paddocks in pre-war summers. 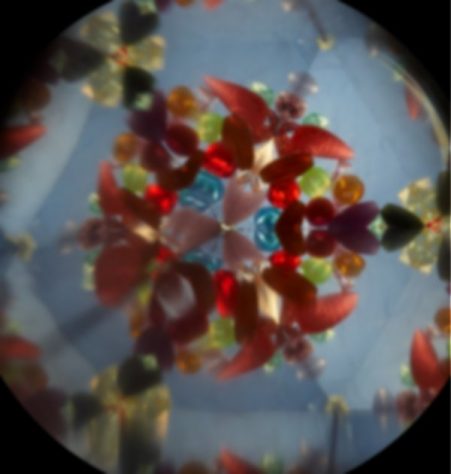 Somewhat more low-key, but just as looked forward to by the young Dudley was the appearance of the old man and his son, from over Newlands way who sold home-made kaleidoscopes from a barrow in the High St.They’d obviously spent some of the winter months putting them together.

Last but not least there was the ‘Shellfish Man’, a favourite of Dudley’s Dad and his sister (he wasn’t too keen) and the Salvation Army Band marching up from Mitchells Ave to play at the top of May Ave.

Altogether a very pleasant trip down ‘Memory Lane’ in those lazy, hazy days of summer in Canvey’s past.