In the Little Gypps area of Canvey Island stood a WW2 Heavy Anti Aircraft Battery called ‘TN7 Furtherwick’. There were six gun emplacements, four octagonal positioned in a semi circle facing east and another two that were square. 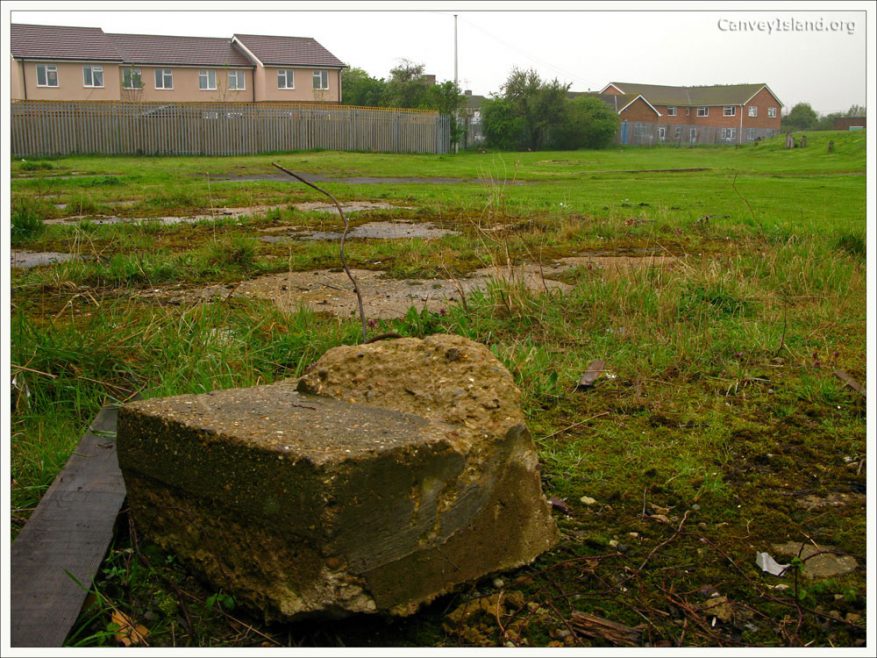 Each section had an external integral bomb proof shelter for the gun crew and internal ammunition recesses. The placements were shoulder high and in the centre of the complex was a command post. 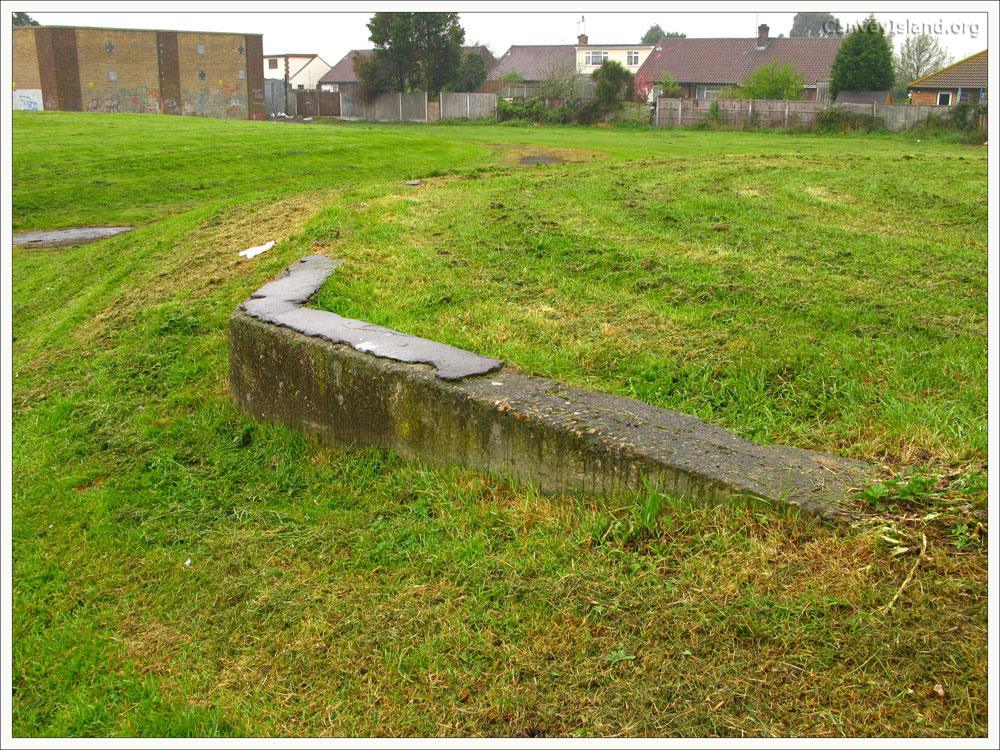 The NE Hexagonal Gun Placement protruding out of the ground

On the NE & NW of the site the square emplacements were sited, also with internal ammunition recesses. On the South an on-site Magazine Bunker was positioned and south of that were around 20 various accommodation huts.

On site the two square emplacements have been demolished but the four octagonal structures and the central positioned command post have been buried under large mounds of earth and grassed over for a play area. The area is not immediately obvious being hidden behind housing on all sides. Parts of the mounds have been made into a skate park area (See Photo) but many of the grassed sections have begun to wear away on the corners revealing the concrete outer walls of the placements. In the middle of the site is what looks like foundations along with a pathway. 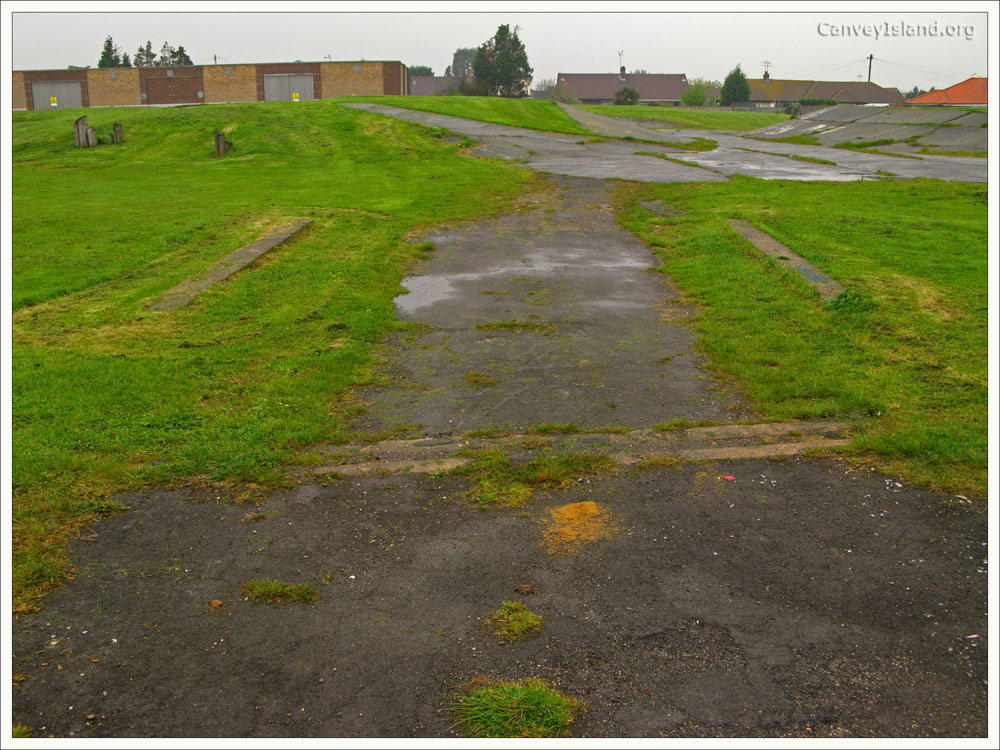 Easterly road entrace to the Base with the Skate Park showing

Most of the accomodation area including barracks was demolished and replaced with housing but the large 120ft brick built guard house was used as an ECC Activity Centre, only recently being demolished around 1998.

I visited the area in Jan 2007 and found many foundations in the accomodation area (See Photo), one year on when I revisited there was a large new Complex built on the land. 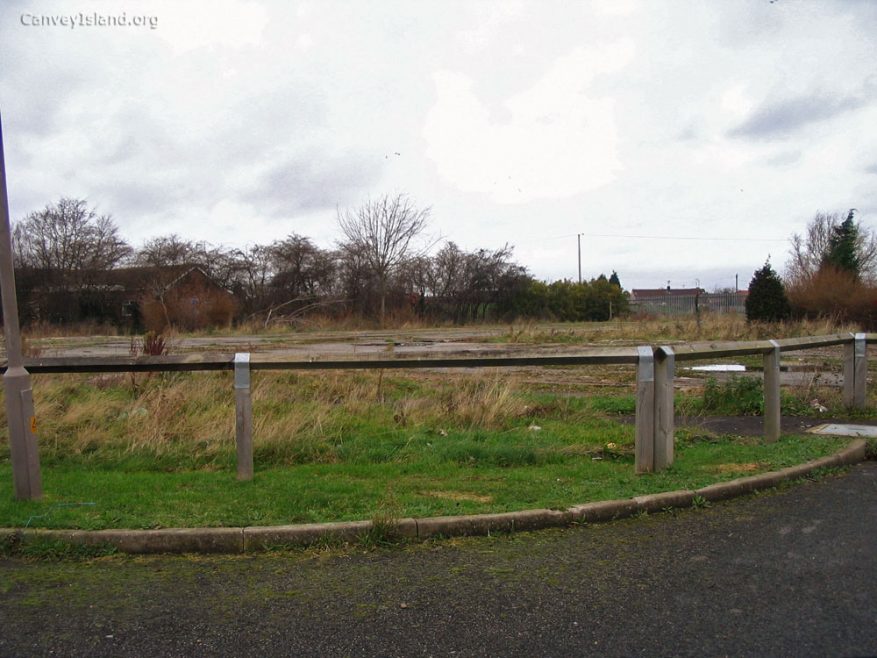 Feb 2007: Accomodation foundations, since built over

The area was made Designated Scheduled Monument No.32432 in Jan 2001. If you have any memories, information or photographs of this base please contact us or leave a comment at the base of this page. Click the pictures below to view more photographs with descriptions… 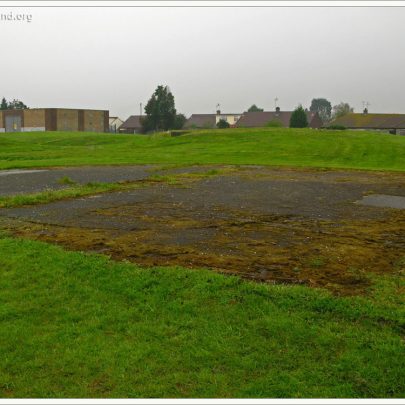 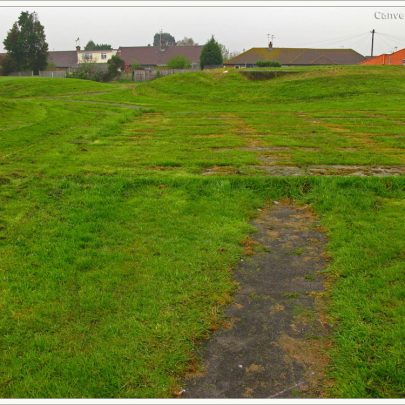 A path leading to the concrete remains
(c) David Bullock 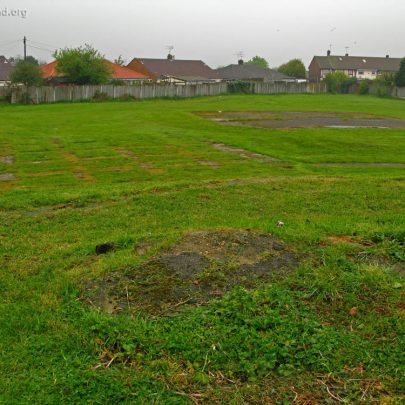 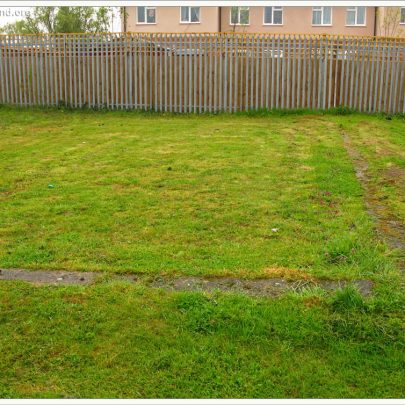 The SE of the site, possibly the remains of one of the two demolished Square Gun Placements
(c) David Bullock 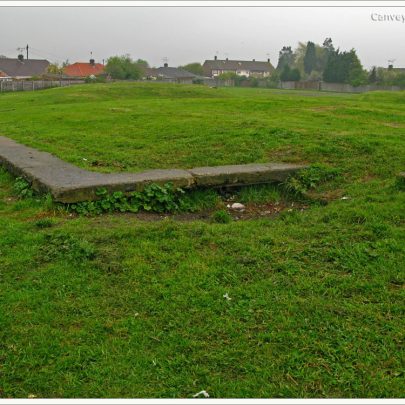 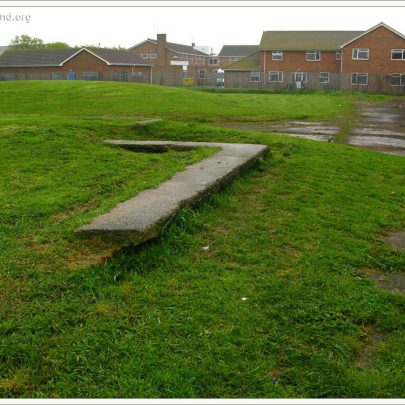 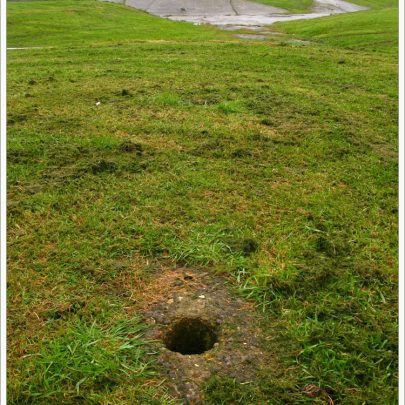 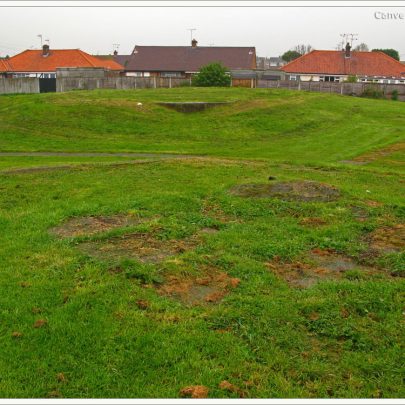