You are here: HomenextHistorynextWorkplaces, Groups and ClubsnextMike Brown and his model boatsnextMy Passion for Boat Building Part - Three 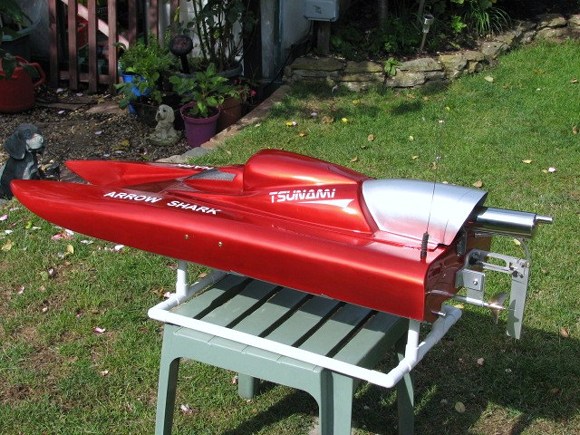 With the advent of fibre glass model boats I started to make my own wood plugs to make moulds to produce the hulls & decks, I also experimented with stepped hulls and strakes running parallel with the keel which proved to be faster with better handling on tight cornering, my first was The Arrow Shark Catamaran based on the Falcon Mercury 41. I tested prototypes off Canvey sea front in the evenings much to the annoyance of the Jet Skiers because they could not match the speed with their 1600cc jet skies, against a 35cc model boat.

The Arrow Shark best run was timed by GPS at 72.4 MPH

I also made 45” deep V mono hulls fitted with converted petrol strimmer engines, very fast boats but do not have the tight turns off the catamaran hulls.

These boats are not toys and require Third Party Public Liability Insurance which costs about £20 per year, if you are a Club Member its included in your membership.

The Arrow Shark engine is a modified .35cc petrol garden Leaf Blower, without getting into to much technical detail, I fit a water cooled jacket round the cylinder alter the transfer ports open up the inlet and exhaust ports with a water cooled exhaust manifold, stainless steel adjustable tune pipe and larger venturi carburettor.

The radio control gear used is 2.4 mhz FM with fail safe, if the transmitter fails or the model goes out of range it shuts the engine off

These modifications double the RPM and Torque which allows bigger diameter and pitch propellers to be fitted. I can buy these engines new for £25.00,  An equivalent production race tuned model petrol engine costs over £390.00. 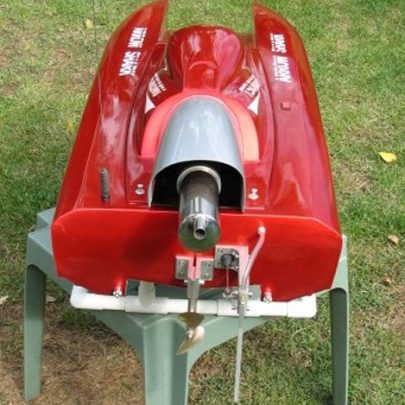 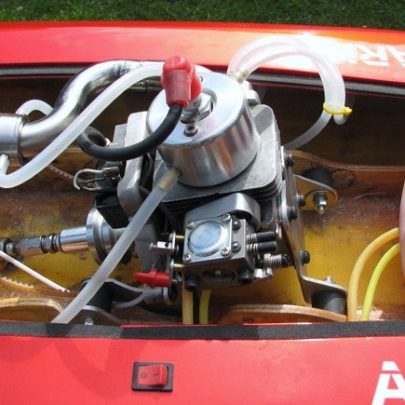 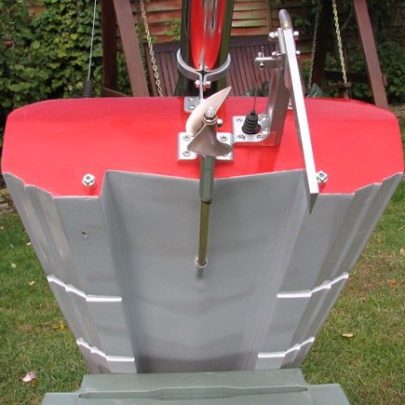 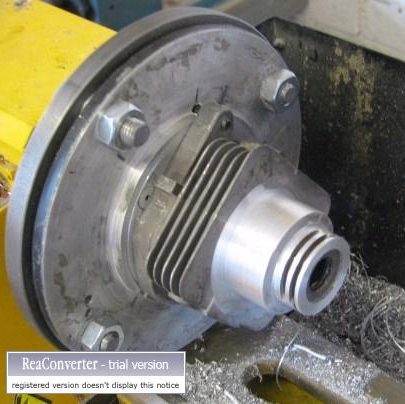 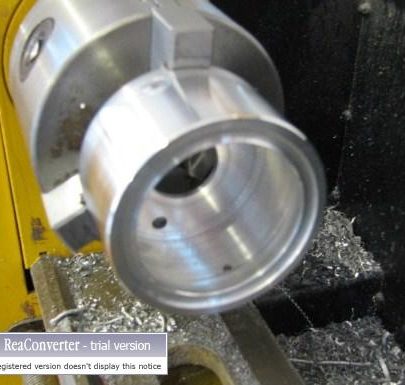 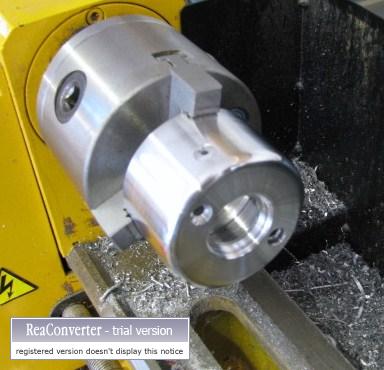 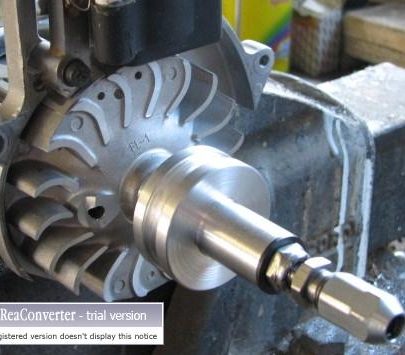 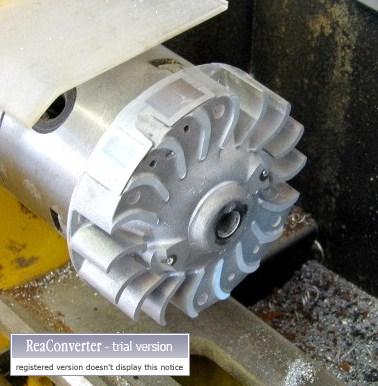 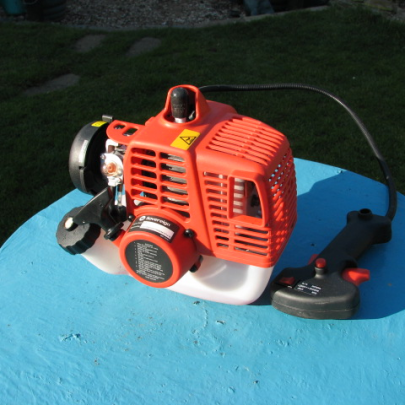 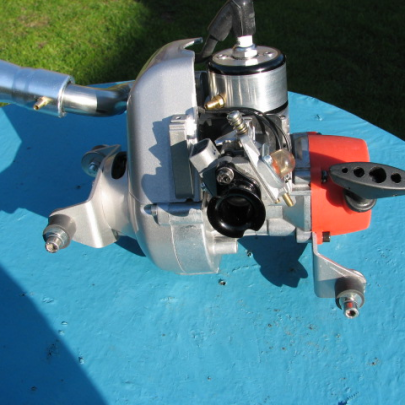 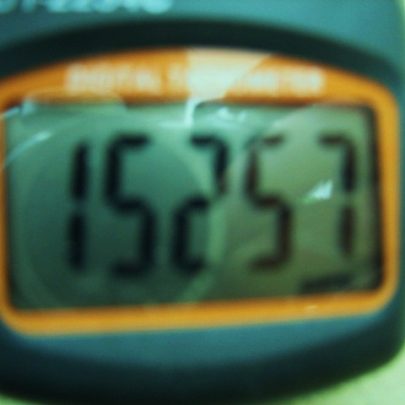 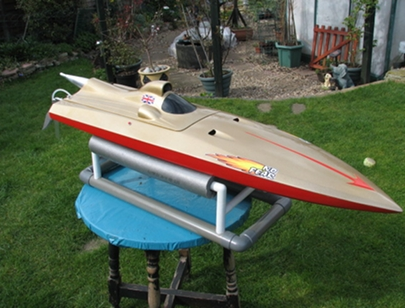 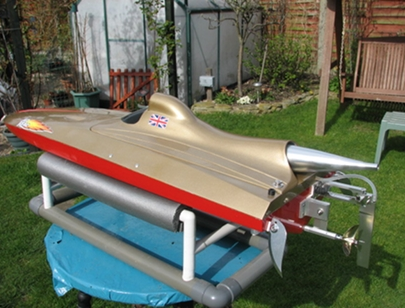