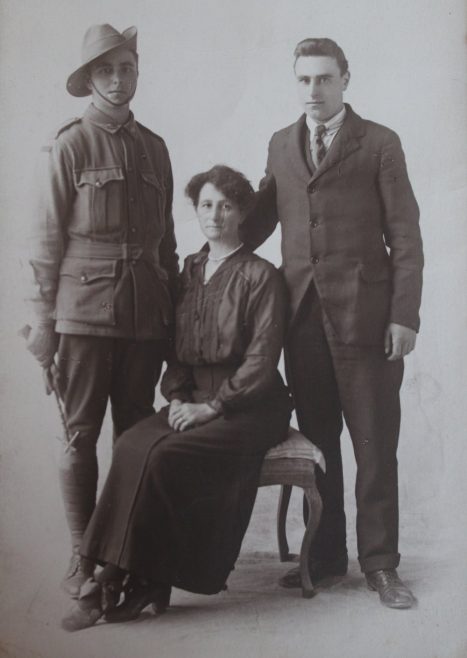 Taken about 1918. Victor, Lizzie and Garnet

Frederick William Brewster Hester, son of Frederick Hester the Canvey entrepreneur, married Elizabeth Norton in 1896. Frederick jnr worked with his father on the Canvey project and it is his name that appears on many posters from the time (FWB Hester). The couple had two sons Victor Leslie born in Rayleigh in 1898 and Garnet Frederick born in Pitsea in 1898.

Frederick WB Hester died in 1911 from ‘Violent. Heart failure and exhaustion following on Tetanus caused by his cutting his thumb whilst using a bread cutting machine’. He is buried in St Katherines Churchyard.

The family was at that time living at ‘St Omar’, Winter Gardens. Less than two years later at the age of 15 Victor emigrated to Australia. By 1916, again at the age of 16 Garnet enlisted in the 6th Battalion Rifle Brigade.