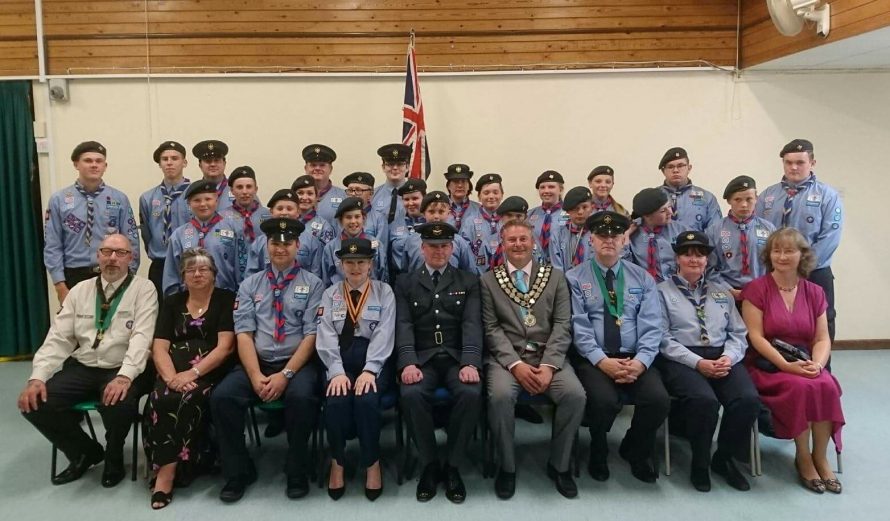 On the 7th of July Janet Walden and Carol Revell as representatives of the Canvey Community Archive were invited as special guests of honour along with the Mayor of Castle Point Steve Cole to the 5th Canvey Island Air Scouts for their bi-annual inspection.

While there they were encouraged to take part in their meeting and its activities. These included weighing air-proving to Carol that when she stood on the scales it was not all her weight but the air around  that weighed a lot, so her diet went out the window. Why? Because air presses down on us at 14.7 pounds per square inch (at sea level). We also blew up balloons and fixed them to a disc allowing the air in them to drive the discs along the ground in a race with others. So that’s how a hovercraft works. Another activity was to build a plane out of paper and then with the help of a foot pump launch it to see what shape of plane was more efficient and travelled further. Janet was impressed with the height her plane gained. The activity that Carol enjoyed the most was the flight simulator where you wear goggles and headphones and you have the feeling that you are flying a plane, doing turns and going upside down, which was great but she did feel that she needed a sick bag by the end of that activity!

During the evening Squadron Leader Nick Weston inspected the Scouts and then presented the Jack Petchey award to Abbie Roberts Mayo. She had been selected by her peers for her support for younger members in the group.

Everyone was so welcoming and it was a great honour to be there. It was a wonderful evening with tea and cakes provided. The Canvey Archive has been involved with the 5th Air Scouts on special occasions in the recent past such as the unveiling of the B17 memorial board and benches. They have taken their tasks very seriously and are a credit to themselves and the Scouts. 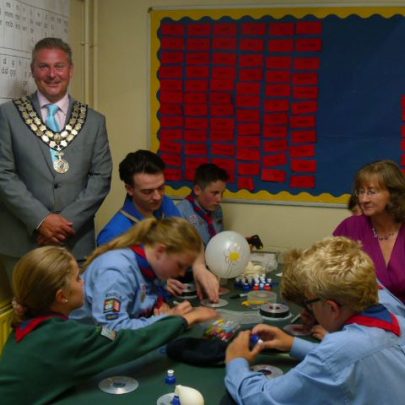 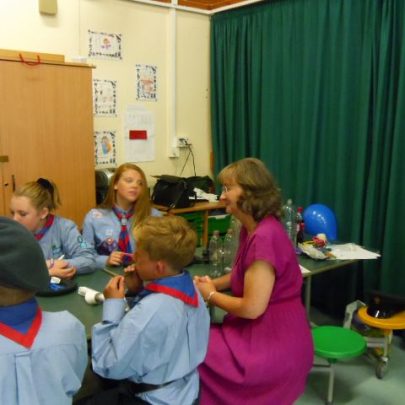 How to make a hovercraft.
Carol Revell 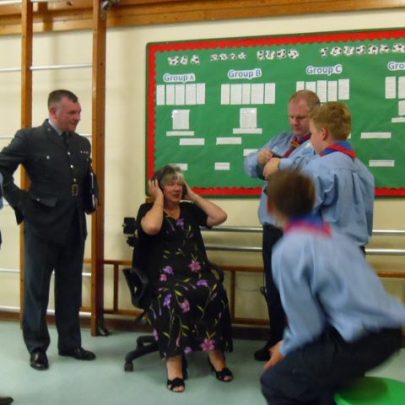 The end of Carol's flight. where's that paper bag?
J.Walden 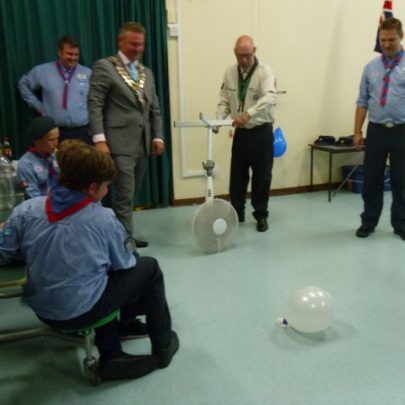 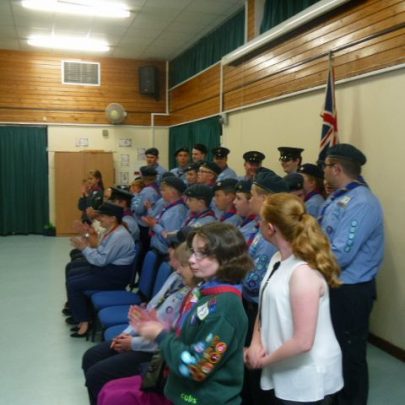 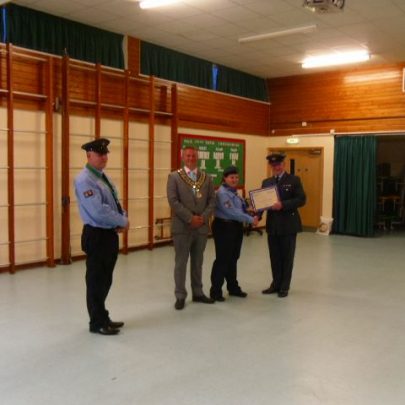