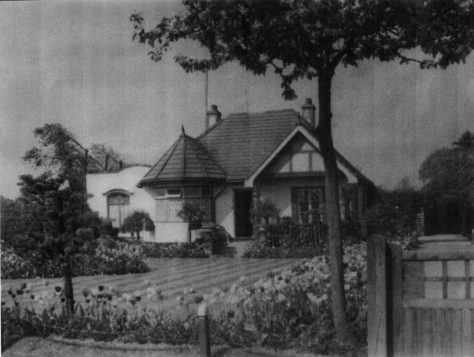 ” Maisonwyck” The home of George Chambers senr from 1922. Built by Fred Fisk. Everybody remembers the tulips!

George Chambers was one of the founding members of St Katharine’s Lodge which was started on the 12th October 1932. The first meetings were held at the Haystack until the start of WWII when they moved to the purpose built ‘Lodge of Instruction room’ at George Chambers home ‘Maisonwyck’.

The Lodge was named after St Katherine’s Church but for some reason the second ‘e’ has been changed to an ‘a’ and nobody knows why.

Dining was held at the Monico where the brethren were entertained by many artists including, Frankie Howard accompanied by Madame Vera Roper!

After George Chambers death in 1951 they used the Admiral Jellicoe and then after some 30 years they became a founding lodge of the Rochford Masonic Hall.

Quote from the Canvey News and Benfleet Recorder on Friday April 6th 1951 regarding George Chambers following his death: