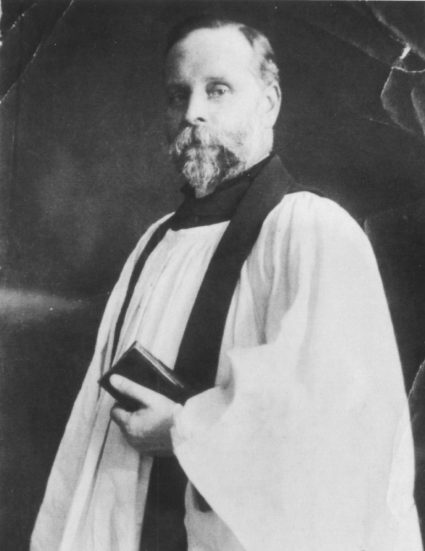 Joseph Romanus Brown was born in 1867 in Islington, the eldest son of Romanus and Sarah Brown. His father, Romanus, was born in Germany and came to England sometime before the 1860s, the family name was Braun but was anglicised to Brown.

Joseph married Flora Johnson in 1885 at Highgate Hill. At first they lived at 298 Roman Road, Old Ford where their two daughters, Lilian and Gertrude were born, later moving to Islington where their son Reginald was born in 1891, he unfortunately died soon after.

Joseph had followed his father into the watch making business. He also tried his hand in jewellery after marrying Flora, whose father was a jeweller.

However Joseph decided to study to become a priest and by 1896 he was a Curate of West Thurrock with Purfleet where he stayed until 1901. His son Francis was born in Thurrock in 1897. From Thurrock he was sent to Foulness where he was Rector until 1909. His son Bernard was born on Foulness just before the family left for Canvey Island.

In all the couple had eight children but only three survived to adulthood, the two daughters Lillian and Gertrude and son Bernard, this was noted by Joseph in the 1911 census. 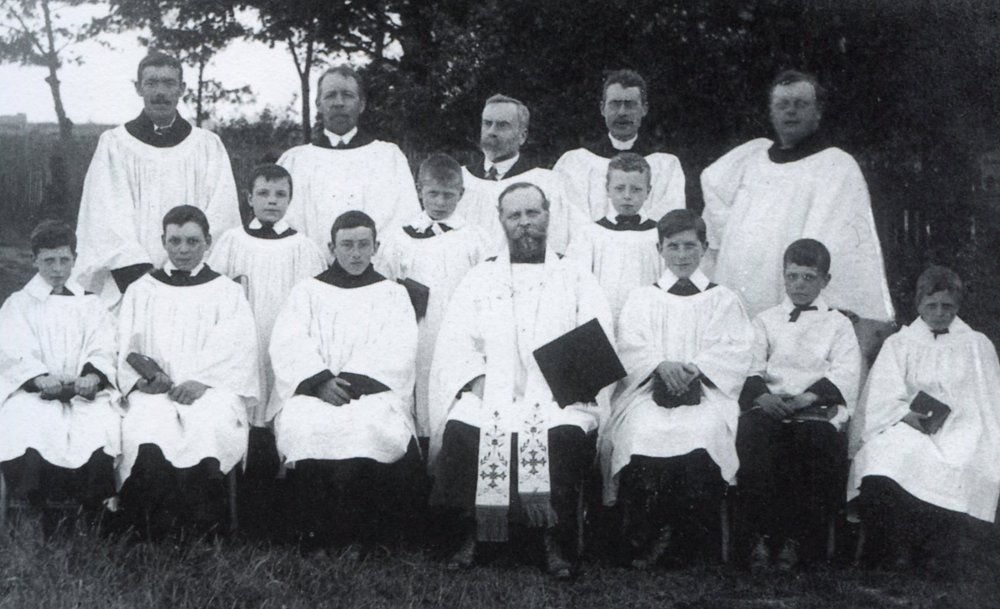 Rev Brown with the choir

Joseph arrived on Canvey Island in 1909 to find St Katherine’s Church in a very bad state of repairs.

He wrote at Christmas 1911, “Never shall I forget the feeling of despair that settled upon me when I first entered our Parish Church: its pews all awry, the flooring disappearing into space below, Benfleet Station visible through the cracks in the North wall, falling plaster and general dilapidation completing a sad, sad picture.”

Rev Brown and the children from the West Ham Schools

His first task was to repair the church and by the following year the church had been restored. It was also decided a place of worship was need at the Eastern end of the Island.

The land for the new church was given by Arthur Mayhew Clark in memory of his parents William and Jane Clark, farmers of Mucking Hall, Stanford Le-Hope. The church was built under the supervision of Mr L Wood of Grays. The new Mission Church of St Katherine at Leigh Beck was dedicated on 5th November 1910 by the Bishop of Barking, Thomas Stevens. At a meeting on 20th May 1912 (Date taken from St Anne’s Church leaflet given out at their Centenary) it was agreed to dedicate the new Church to St Anne. 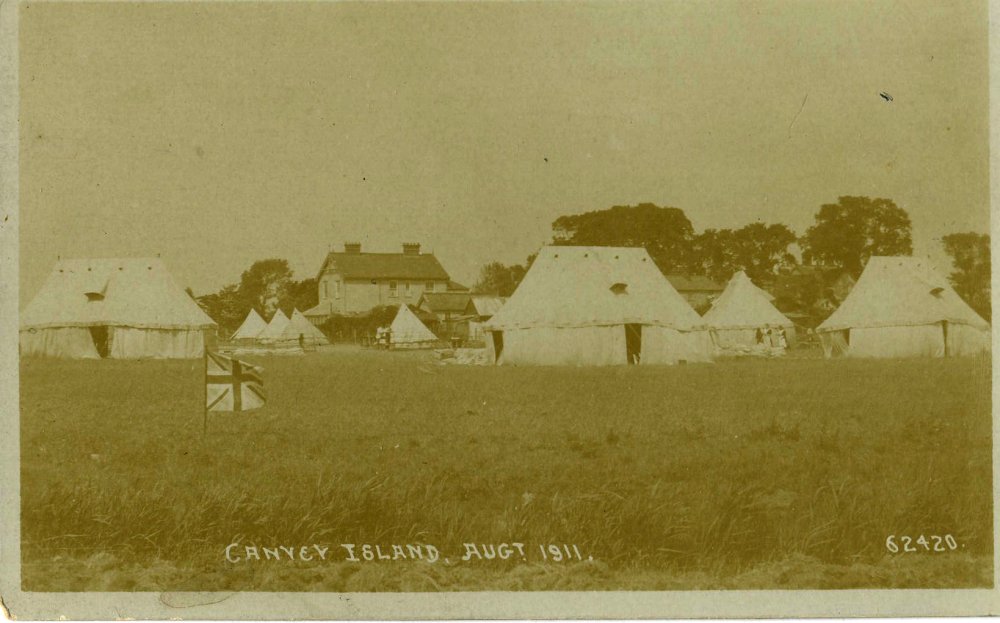 During Josephs time as Canvey’s Vicar he used the land surrounding the vicarage as a camp site for Islington Orphans and West Ham Schools.

More can be seen about the camp site by clicking here.

From Canvey Island, Rev. Joseph Romanus Brown went to North Weald where he died aged 56 in 1923. 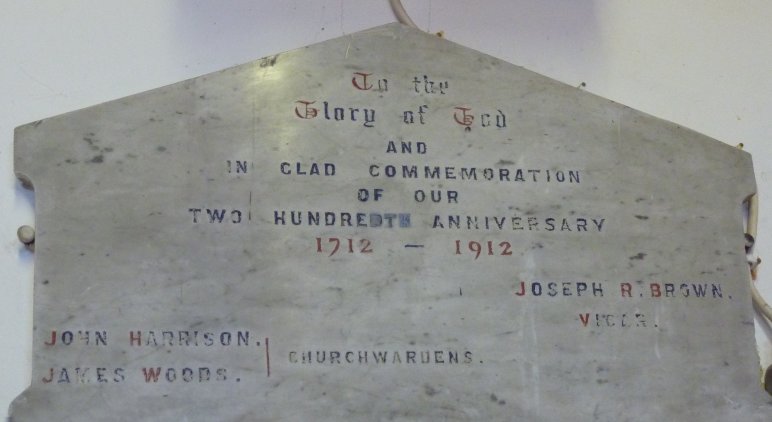 The plaque that still hangs in the Heritage Centre (St Katherine’s) commemorating the 200 anniversary of a church on the sight. Dated 1912 with Rev Joseph R Browns name on the right.