Fred McCave has his say

An excerpt from Fred McCave’s book ‘A History of Canvey Island’ describes the story of the Haunted House and his opinion about it. 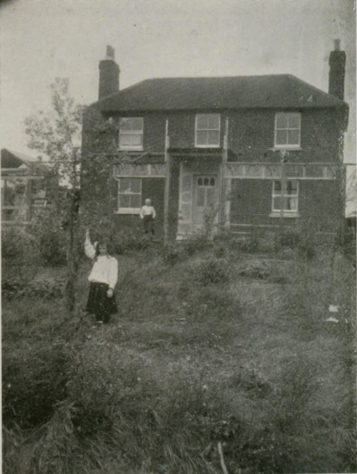 “On 14th October, 1704, the last named Island Dutch Minister, Dom Emilius Von Cuilenborg, was buried at Benfleet. After that the Dutch appeared to go and for the next few years it would seem that the Island was looked after from the mainland.

There is a well-documented case of psychic phenomena during that period. In a house occupied by Jan Smagges, a farmer, a series of incidents happened on 10, 13, 14 and 16 September, 1709. They took the form of the breaking of windows, apparitions, noises and the killing of a chicken. A person described as an English curate, Mr Lord, was able to drive away the spirit. It has been suggested that these happenings were a ruse, so that contraband could be removed from the church or that it was an elaborate hoax, as there is no other reference to a Canvey curate. I think that the smuggling theory can be discounted. Such happenings would draw attention to, rather than away from, the Island. As for the point about no other references to a curate, I have discovered that in 1704 James Lord was parish clerk at Benfleet and could have been in Holy Orders and might thus be described as the curate. The incident is fully described in a pamphlet of 28 pages in a letter from Maldon to a ‘gentleman in London’ and was published in the year of the incident described.”

This story and others can be seen in our new category Myths and Legends which you will find in the column on the left.