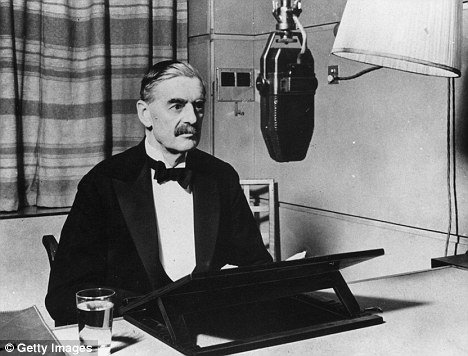 Then we heard this rather unsteady voice telling us – “Our country is at war with Germany”. The National Anthem was played shortly after. All the adults in the room stood up at once, so did I, recognising the solemnity of the occasion! After all these years, I can still feel the tears not far away, I was just 19 days short of my 14th birthday.

Later in the day, feeling more chirpy, I rode around the Island, calling out to people – “There’s a war on!” That evening my friend, Peg and I walked down our roads shouting out to unwary householders – “Put that light out!” (the blackout had begun at once) I suppose we were the ‘yobs’ of 1939!

So, going back to my early days working at the Rio cinema (aged 13). As an usherette, one of my duties was to sell ice-cream in the intervals. During the Saturday afternoon children’s shows it was mayhem! This was due to the shortage of Ice Cream and Sweets during the war. Those dear children used to pull on the straps that hung from my ice cream tray; I was almost strangled at times!  So I resorted to carrying a ruler on my tray and to bring in down on those persistent knuckles! (not very ‘PC’ these days!)

When I progressed to a projectionist at the cinema I often had to climb onto the flat roof, to put out incendiary bombs then hurry back in time to change the reel of the film so the show could continue (each reel took 20 minutes to run.)

When the air raid warning sounded, I had to put a slide up onto the screen, telling the patrons “An air raid is in progress” and to tell them that if they wished to leave, to do so calmly and quietly, but the film would continue as usual. Not many people decided to leave (no doubt not wishing to face the shrapnel and bombs falling outside!)

Canvey Island suffered many bad raids, plus later Doodlebugs and then the rocket attacks. I lost many dear friends at that time – they are still remembered, all these long years on.

I have happy and sad memories of time spent on Canvey Island. One such happy day was when the war in Europe was over (1945). I met up with my Mother on Canvey and we joined the cheering crowds of Islanders, to dance the Congo all around the sea wall in Celebration.

As a family we were glad that part of the war was over but of course we had very sad feelings re my brother Vic, who had been killed in the early part of the war, whilst in the Essex Regiment. Of course he was just one, there was so many lost. Now we rejoiced, happy that so many were safe. There was still the fighting in the far East to get through and little did I know that my husband to be (unknown to me at that time) was out there, right in the thick of the terrible battle of Kohima, against the Japanese in Burma, that part of my life was still to come!