I understand the Hotel Kynoch was built in 1900 (see the sign on the east side) by the Kynoch Dynamite Company which had its complex the other side of Hole Haven Creek in Kynoch Town / Shellhaven. Today’s Kynoch Town is called Coryton and houses a large Oil Refinery. 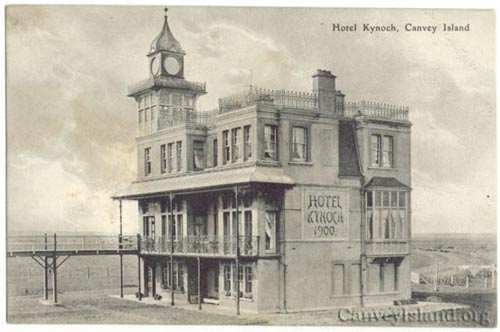 Hotel Kynoch 1900 – View from the East on the Sea Wall

The Hotel was used by dignitories of the company and apparenlty had a ‘reputation’ including possible links to the ‘hell fire’ club! Apparently the Clock Tower never had arms but when it was demolished a mechanism was found in place. Local reporter Fred McCave announced in his Bulletin magazine in the 1980’s that he had discovered the reason for this but to protect the living didn’t say why. Did Fred take the secret to his grave or does anyone know why?

Access to the isolated Hotel was via Canvey Village and Haven Road, a track running below Brickhouse Farm along the Seawall to the Hotel. The Kynochs Hotel was sold to the Gas Company and used as an office until it was demolished to make way for the Gas site that is still there today.

I understand the loss of the licence meant the Monico Hotel gained her licence in the 1930’s but I need to confirm this as time permits.

A remnant of the Kynoch Hotel remains on the Island in the shape of a KYNOCH’S CLUB sign at Hartfield Parade in the High Street opposite the War Memorial Hall. Its connection with the Hotel is currently unknown. There are sections on this site dedicated to this club and building. 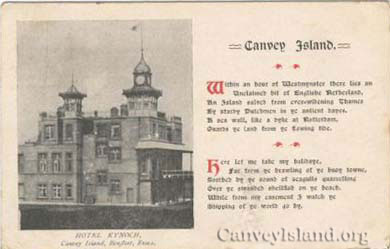 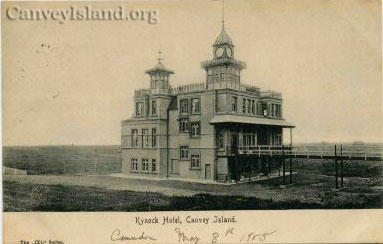 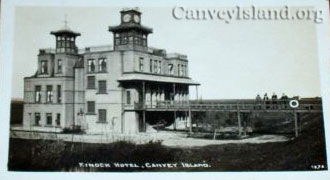 People on the walkway to the Sea Wall
David Bullock 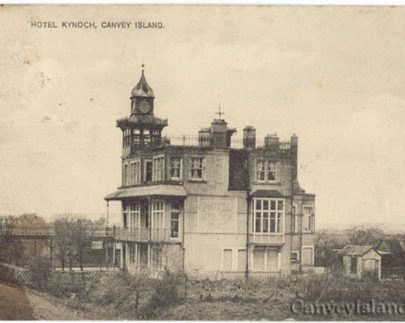 You can see the Coast Guard Cottages left
Jim Gray 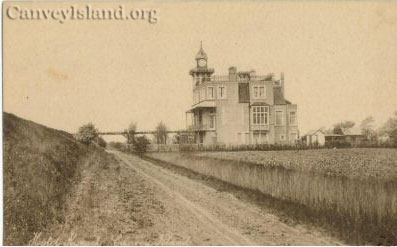 This shows the road 'under' the Seawall
David Bullock