From the Essex Countryside Magazine 1969

Probably the smallest in the country—it will take only half a dozen people at a time —this museum is curiously octagonal in plan. 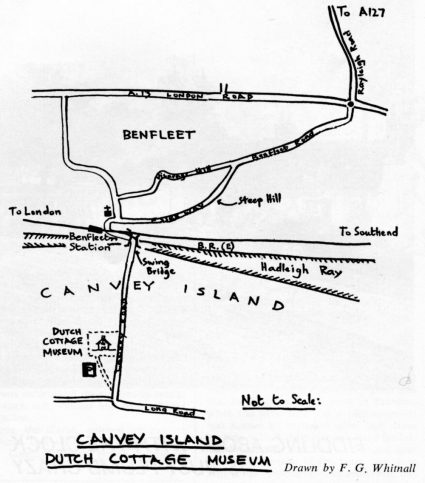 Assisted by interested residents on Canvey Island and members of a local history society, the local authority finally secured per­mission to establish a small museum. The object of this move was to preserve and perpetuate Canvey’s links with the seven­teenth-century Dutch community that settled here and worked so hard to protect these wind-swept marshes from the sea.

This sturdy little building, which had miraculously escaped the ravages of storm and flood and the rude hands of men, was specially bequeathed to the council by the trustees of the A. M. Clark estate. It is one of the two surviving cottages known to have been built at the time when Dutch workmen under the direction of the famous engineer Cornelius Vermuyden came from Holland to reclaim, drain and later cultivate the rich clay soil. As time passed more Dutch families settled in the neighbour­hood, and by the mid-1600s the com­munity had established its own church on the island, close to the present site of St. Catherine’s chapel.

The museum must be among the smallest in the country and, curiously octagonal in plan, it must also be among the most un­usual. Its two rooms, one up and one down, will barely accommodate half a dozen people at a time, and any members of an intending coach party should be prepared to take viewing in turns!

Here will be found photographs recalling those Dutch pioneers, and in the room upstairs an attractive display of pottery reminds the visitor of those much earlier colonizers who were making salt for the tables of our Roman conquerors. On a wall hangs a metal plaque that formerly marked the site of Canvey’s one and only village water pump. There are the bellows from the village smithy and a collection of early wooden embanking tools, and once again up the tortuous stairs a number of display cases contain models of ships, which illustrate the island’s close connec­tions with the sea.

Since its opening many thousands of people in Britain and from overseas have signed the visitors books. 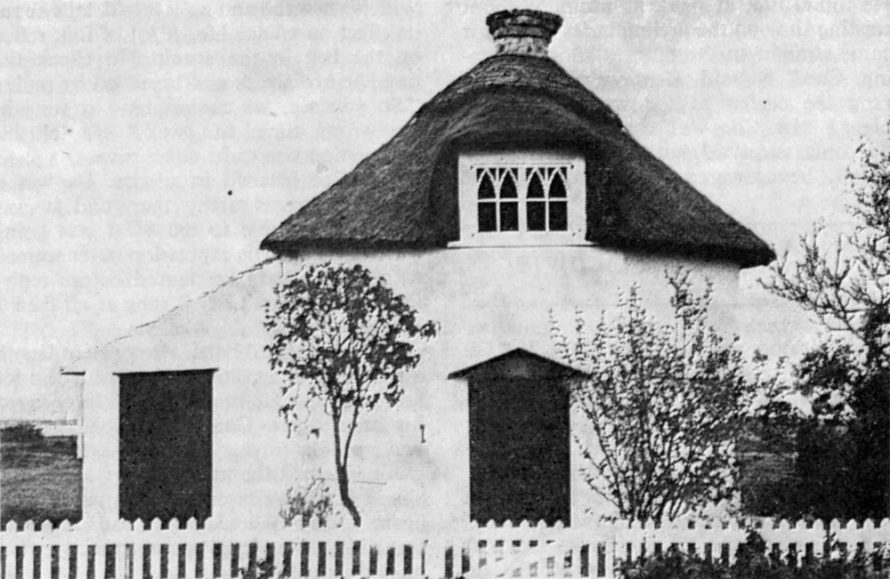 The museum is open from Whitsun to September between 2.30 and 5 p.m. on Wednesday, Saturday and Sunday. On bank holidays it is open from 10 a.m. to 1 p.m. and 2 to 5 p.m. Arrangements for party visits can be made through the engineer and surveyor, Council Offices, Long Road, Canvey Island, who will in special circumstances permit visitors access to the museum outside the normal hours of opening.

Car parking is available adjacent to the premises, and in finer weather a picnic may be enjoyed in the grounds attached to the museum. Admission is free, but visitors are invited to make a small contri­bution to help pay the expense of main­taining one of the most unusual houses in Essex.

If you contemplate a day by the sea, or would like to walk unhindered across unspoilt marshes, you might also like to include in an itinerary a visit to this quaint cottage—and while there add your name to those who have gone before you.

From the Essex Countryside Magazine 1969