The young people of today still find amusement in exploiting the amenities that they find around them man made or natural. Perhaps mountain biking or skateboarding in an urban area.

I remember spending many a summer day with a dog food sack sliding down the sea wall over and over  on grass that was tinder dry and slippery as a ski slope. 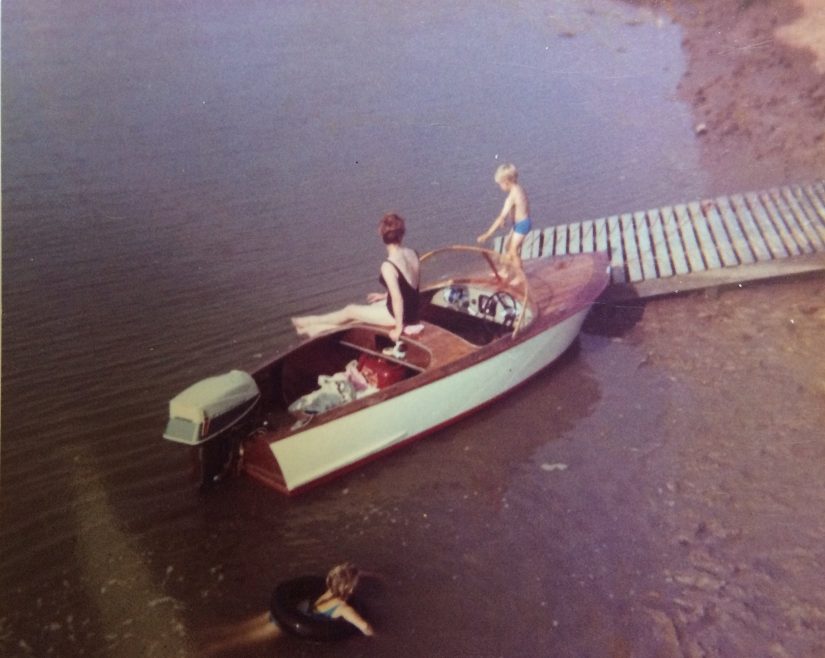 Mariner clearly seen the folding in back quarters and the solid inlaid wood behind front cockpit .Me in the water Charles on the front Mum looking elegant. This is the dinghy rack jetty Smallgains Creek about 1969

Canvey Island had to offer generations of children a rich diversity of opportunity to play which for some the activities lasted a lifetime. John Manly’s love was the sea and mostly being on it and going as fast as his craft would allow. I have transcribed from his memoir the story of Nola on this site but it did not end there. The next craft was power driven speed boat, fast and furious, this one I do remember. He must have been married to my mother and they had me around because he called her 3 J’s John, June, Jane. I tried to dig out more about her maker and model and age to no avail. John Linton an IYC  member made contact with me through the club. He thought she could be a hand made wooden  constructed Broom runabout model. Originally made in Barham Norwich & designed by Jack Broom one of 3 designs launched in the mid 60’s the Rapier, Javelin and the Viking. It gave me a place to start looking and comparing. I think Mariner was a little older than that judging by my age in the photo. 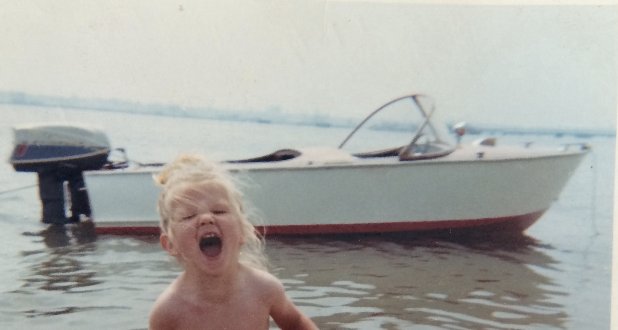 Me and Mariner early 60’s

When Charles was born he changed her name to Mariner. This boat was fast, as a little girl I loved speeding along. Charles and I called her Speedy. She was smart and sleek and quite something in her day. Looking back it seems to me that for a Canvey lad who now had a bit of money this was his answer to a water born BMW M3. He later built the family a cabin Cruiser but she still had to plane, have big engines and go fast ‘Hot Pants ‘ is another story.

I trawled the net to find a Broom that looked like Mariner but nothing seemed to fit they were very square compared to Mariners sleek lines. It still wasn’t right. I was looking at the over head picture of Mariner and the the sloping detail of the back quarters caught my eye, I had definitely seen that in a picture or two so I went back to them.

There were a Myriad of variations in the different photos but the same shape was still there.

I could not work out ….. , now bear with me, I know bow, stern port starboard, transom and cleat. The curved wooden bit that encloses the back of the cockpit. On all the similar boats of this name it was divided and on Dads boat it is one piece of beautifully inlaid wood.

Most of the craft I was looking at the hull superstructure and all were vanished hard wood and true thoroughbreds, very expensive collectors items today. Mariner’s hull was painted suggesting plywood. Although everything above the transom was inlaid Mahogany.

These beautiful crafts were made in Algonac, Michigan and were inboards, how could something like that belong to my Dad a lad from Canvey Island who flew up and down the Thames Estuary in her. Then I found out that Chris Craft made kits starting in 1955/9. A person could order their design from Chris Craft through the Sears catalogue and it would be delivered by FedEx. 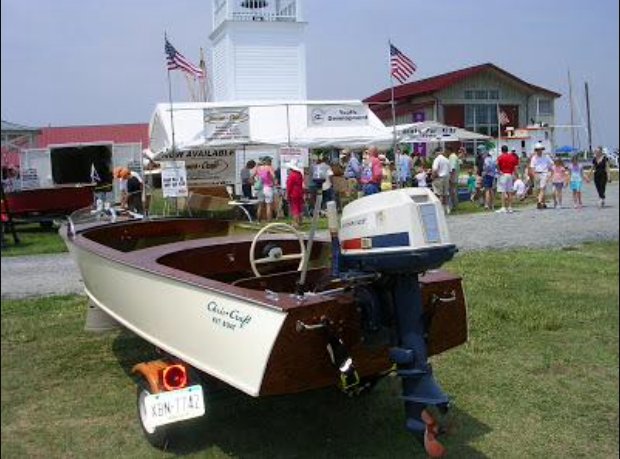 The design that fits the pictures I have is the 14 ft Barracuda I have added pictures for comparison.

I think this explains some of the discrepancies in the design of the cockpit and the engine mounting area. In one photo I found of this design it seems there was a choice to steer the boat from a rear cockpit and your passengers would sit in the front. On these boats the back of the cockpit was one Piece. In the pictures I have found there seems to be an area of wood in front of the engine almost a token detail of her inboard heritage. Mariner’s engine a 40 horsepower Evinrude outboard seemed to fit straight onto the stern board. I think the kit allowed the builder to decide where he wanted to steer her from and the engine eclosure was either left off or never ordered.

I cannot find adverts for Chris Craft kits in British magazines so how she was imported I don’t know although we had dealerships for the classic boats all over England. At the time my father was a pipeline engineer working at an  American airforce base in the South of England. I wonder if a returning Yank sold her to him. The American engine suggests her roots.

Canvey at the time as we know was a haven for boat builders from the humble chap in his garage doing a Mirror or Firefly to the Prout brothers building the Shearwater Catamaran. I think someone quite skilled built Mariner, to modify the design and produce a beautiful finish such as she had was an accomplishment. If anyone has any information I would love to know.

He must have sold her to help fund the build of “Hot Pants”I remember him saying he saw her stored at Chapman Sands Sailing club but sadly she wasn’t looking her Best.

In one of the blogs I read a chap said of his Barracuda, you could feel the waves crashing through the hull. 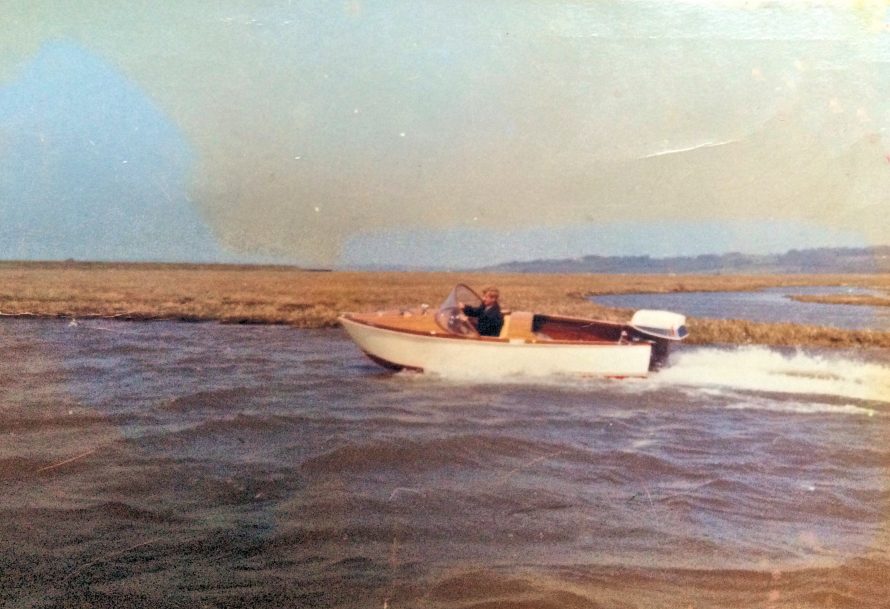 In that moment it all came back to me, the pounding over the waves, the noise and excitement of the outboard, the smell of petrol and sea air and my lovely Dad.