You are here: HomenextHistorynextOil Refinery FightnextMaps regarding the Oil Refinery

Maps regarding the Oil Refinery 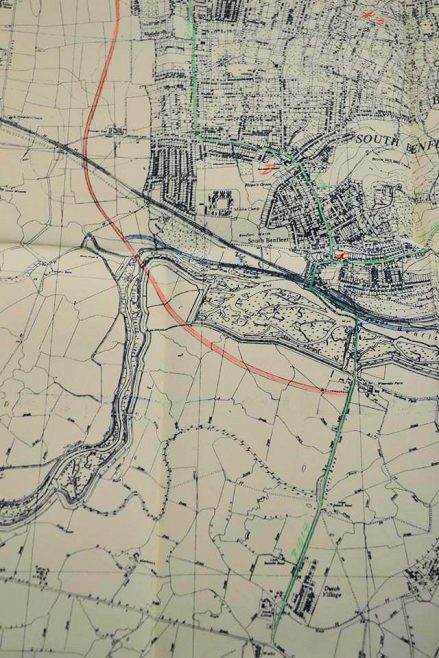 A couple of years ago the Beyond the Point boys made a visit to Kew Record office to view the records for Canvey’s Oil Refinery and also Canvey Fort.

These maps were among the papers they viewed. The top one shows Canvey’s new proposed road which it is believed was financed by the oil companies. As this was found in the paperwork it would support that view. The road was built in 1972 now the A130.

Below is where one of the proposed oil refineries was going to be built. Right up against the seawall in the north west corner of Canvey, now part of the RSPB West Marshes.

The other refinery was started but never finished eventually being dismantled with the ‘Canvey Chimney Disaster’ being the highlight of the demolition when it fell down the day before it was due to be brought down by Fred Dibnah. 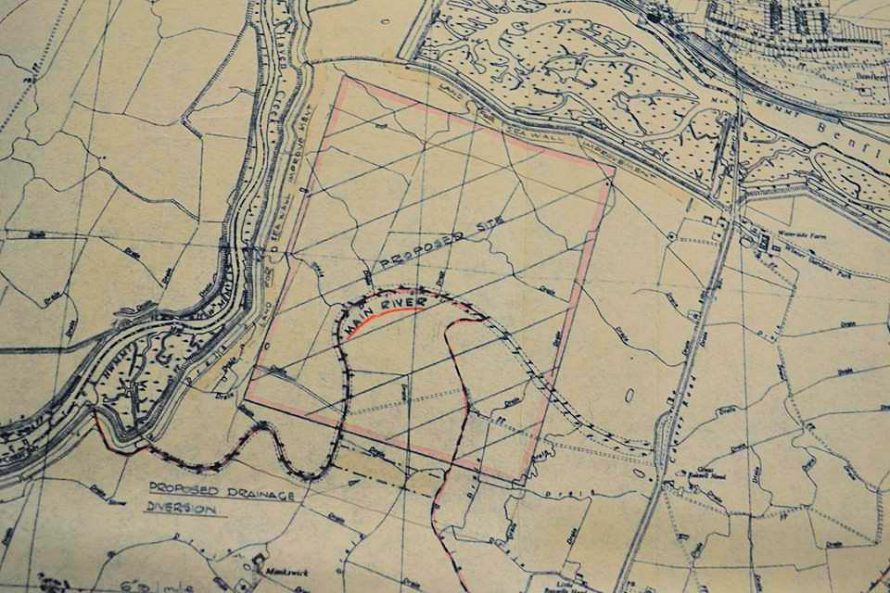 Map showing the location of one of the proposed oil refineries