and the occasional battle 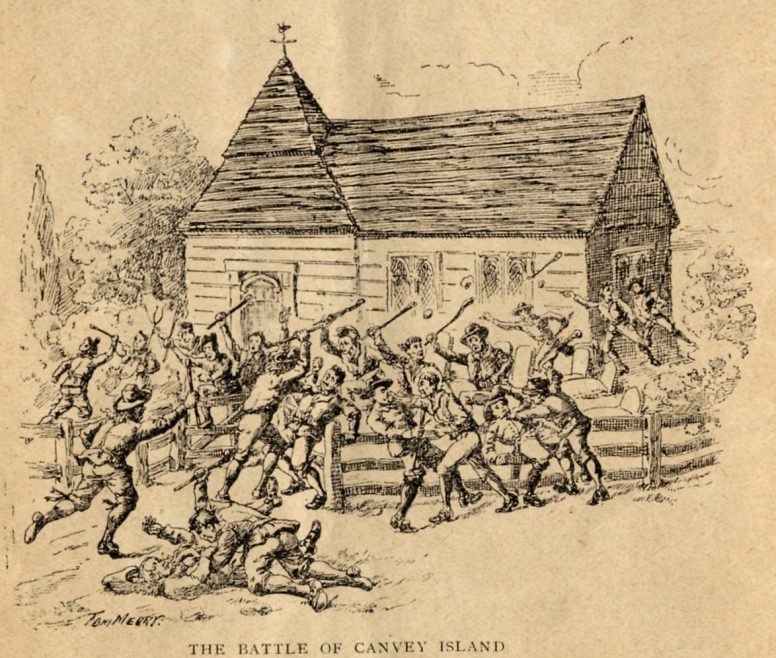 Tom Merry’s 1902 illustration of ‘The Battle of Canvey’.

From right back to the 1600s Canvey Islanders have not been shy in making their voices heard.

In 1628 the Dutch, who had settled on the island after they reclaimed parts of it from the Thames, petitioned the King for permission to have their own chapel on the island where they could worship in their own faith and language. This was granted and the Dutch chapel became the first ever church on the island and was sited not far from where the old St Katherine’s Church (Heritage Centre) is situated today.

The English, who by 1657 had settled on the island, were not happy with their nearest place of worship being on the mainland at St Marys the Virgin in Benfleet which for obvious reasons (distance, tides) was not very convenient. They in turn petitioned the Dutch to use their Chapel as their place of worship. W Marston Acres in his booklet Canvey Island and its Churches writes ‘but permission was refused on the contention that it would be contrary to the purpose for which the chapel was built if services were held there in any other language than Dutch.’ Marston continues ‘ A climax was reached on Whit Monday, 1657, when the English assembled outside the Chapel and demanded its use. The Dutch put up a strong resistance, and after an unseemly struggle the English were obliged to retire without accomplishing their purpose. This event became known locally as ‘The Battle of Canvey,’ but it was a bloodless affair.’

In the 20th century there was no end of protests as the photos from the Echo Archive have shown us. From the Oil Refinery fight in the seventies to roads and buildings, if we don’t like it we get out the placards and protest. We get residents to sign petitions in their hundreds. In the 21st century we continue the fight to be heard but perhaps independence from the UK (as widely published in the press) was taking it a bit too far. 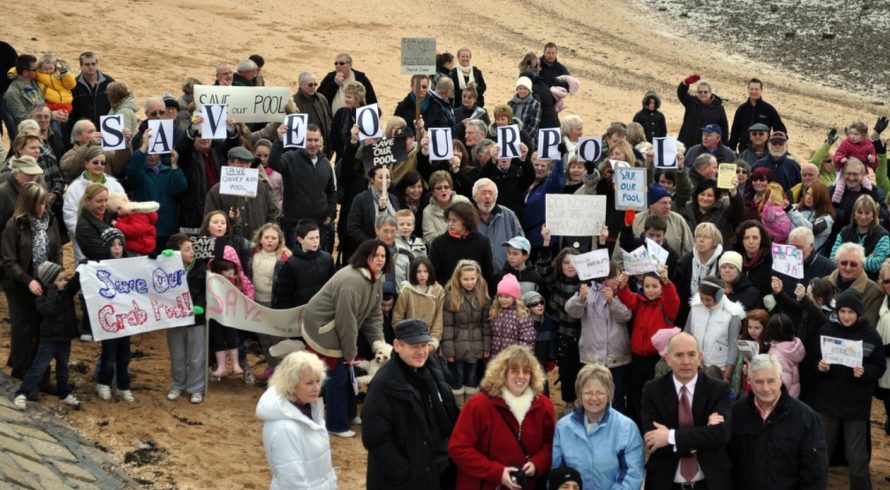 2010 Demonstation to save the tidal pool

Looking back nearly 400 years we wonder what the placards, we love so much today, would have read. ‘We Must Worship Here’, ‘Our Church’, ‘We Worship the Same God’, or perhaps more sinister ‘Dutch Go Home’.

Click on the photos below to find out more about them. 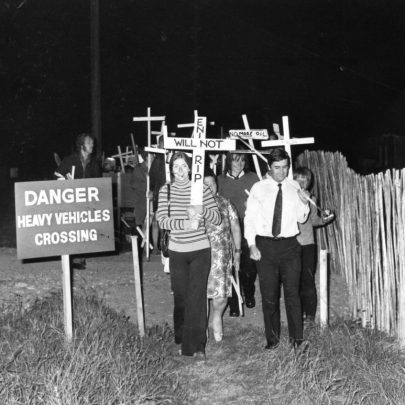 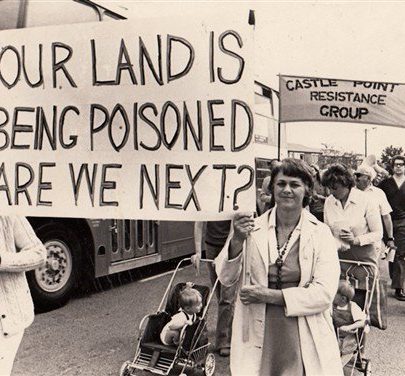 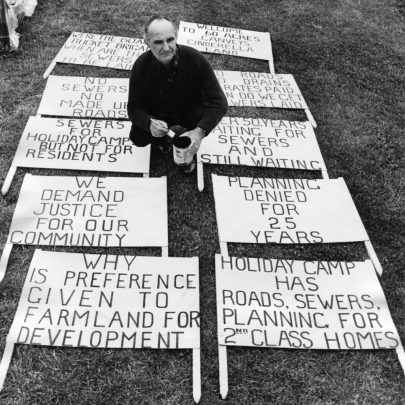 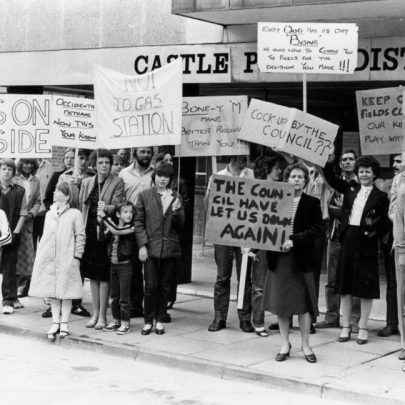 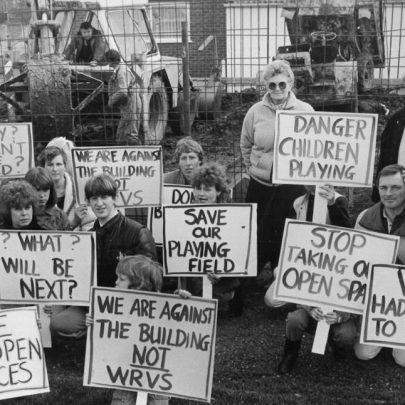 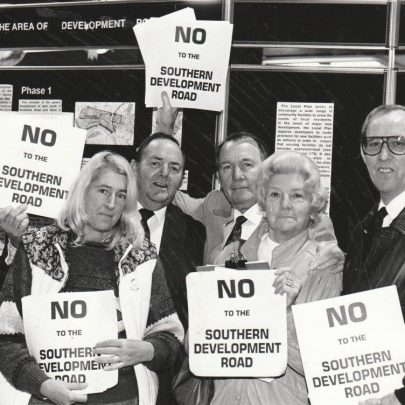