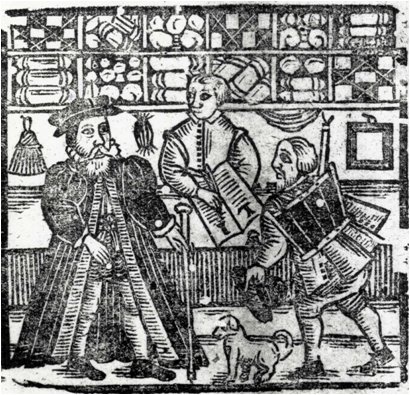 Below is an excerpt from An Old Dutch Colony In England published in the Nottingham Evening Post in 1903.

It happened, however, that Sir Henry Appleton, the principal landowner in the reign of James I, made the acquaintance of a Dutchman names Joas Croppenburg, a citizen of London, and a man of great wealth. On visiting Canvey with Sir Henry the worthy Dutchman pointed out the advisability of taking steps to prevent the encroachment of the sea and river.

The suggestion of the reclamation of Canvey Island, by methods like those employed in rescuing Amsterdam was made by Joas Croppenburg to Sir Henry Appleton; but for a time apparently could not see his way clearly to embark on such a prodigious undertaking single-handedly. But the commercial-minded Dutchman recognising the intrinsic value of the island, and with a view to future business, proposed that if he – Sir Henry Appleton – and other landed proprietors would combine, and grant him one-third of the acreage of the island, he would at his own cost and expense, reclaim the whole of the submerged portion of it. This Sir Henry Appleton and others subsequently agreed to do, for we discover that by an agreement dated 9th April, 1622, the landowners granted unto Croppenburg, in fee simple, one-third of their lands, in consideration of his sufficiently ‘inning’ and recovering the island from the overflowing of the tides the encroachments of the sea and maintaining an effective sea wall at his own cost and charges. In order to carry out his contract to the letter with Sir Henry Appleton, Joas Croppenburg engaged the services of the celebrated Dutch engineer, by name Cornelius Vermuyden, a native of the Island of Tholan, in Holland, and a pupil of the renowned engineer and architect Jacob Van Kamper, who did much to beautify Amsterdam, and who possibly knew more than any other individual of that period about reclaiming and draining land.

But who was Croppenburg? Not a lot is known about him and there appears to be little to find. He was a wealthy Dutch Haberdasher in Cheapside, London in the early 17th Century. Where or when he was born other than Holland, we have no idea. A marriage has been found for a Mr Joas Croppenberg to a Maria Vermewen (Vermuyden) on the 6 Apr 1619 at St Andrew Undershaft, City of London. Could this be our Croppenburgh? The timing and place would be right. He is thought to have been a relative of Vermuyden but we can find no proof of that at present. Our search will go on.

Update: According to the book Vermuyden and the Fens, it looks like Croppenburg married the great niece of Vermuyden after the death of his first wife Catherine. Mary/Maria Vermuyden was the daughter of Johan Vermuyden the nephew of Cornelius Vermuyden. Johan was the son of Bartel Vermuyden who was Cornelius’ brother. This marriage is likely to have been at a much later date so perhaps came about because of Croppenburg’s work with Vermuyden rather than the other way around.