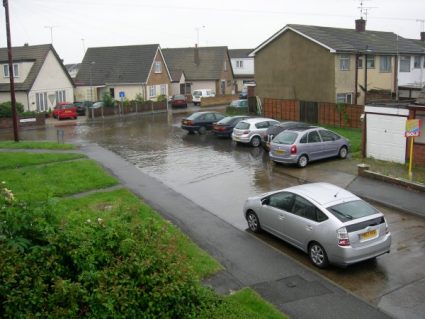 On may bank holiday weekend 2008 there was lots of rain, my mum is a councillor for south ward, so we had to go round to check the roads were ok and that the houses were ok.

Eastern esplanade was flooded and Canvey lake was really flooded. Down at the seafront the pumping stations weren’t working, so we had to ring someone to tell them, and a while later it was all sorted.