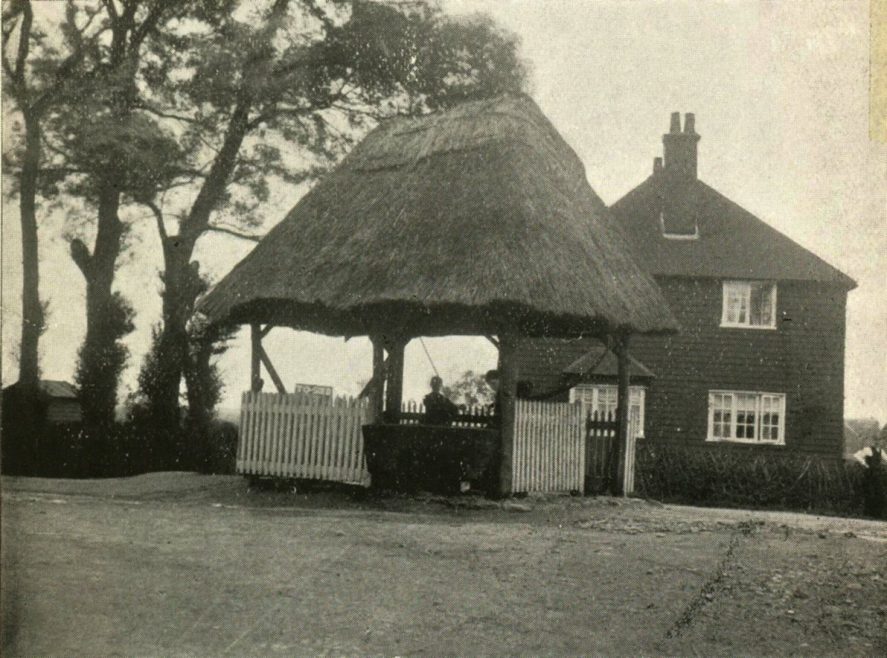 The inhabitants of the unsophisticated village of Canvey are justly proud of their two relics, the Dutch House—previously mentioned—and the picturesque well which adorns the centre of their street, the boring of same being an arduous undertaking. When the cry of “Water! Water!” was rising from the villagers, it was then a veritable oasis in the desert, and it still retains its reputation of providing the best supply in the parish. The iron pump—to which is affixed the pipe to conduct the crystal lymph into an iron bound trough standing outside—is surrounded by a wooden railing, with timber supports and a thatched roof of tremendous thickness above. Inside, round the roofing, is the following lettering: “Whosoever drinketh of this water shall thirst again, but whosoever  drinketh of the water that I shall give him shall never thirst.”

Besides the vicarage, a fair sprinkling of houses, shops and post-office, can be seen a cosy little inn. Should the “inner man” require attention, the pilgrim could not do better than partake of the refreshments provided there by Mr. White. Outside, the old signboard of the “Red Cow,” is creaking on its hinges. Antiquarians are regretting that so many of these old public-house signs are disappearing from our midst, the modern hostel being signless. 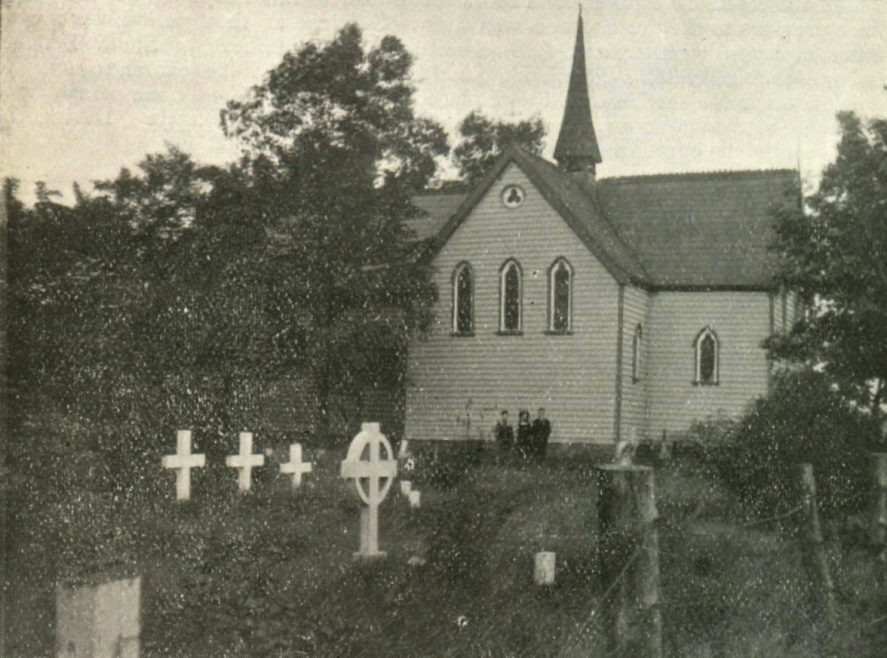 The church dedicated to St. Katherine is a pretty wooden structure, erected in 1875, porch—recently restored—and some excellent stained glass windows were taken from the old chapel. The note-worthy features in its interior are worthy of inspection, a handsome screen, and a large wall picture in the south transept, which was a labour of love, besides being a grand work of art from Miss H. T. A. Miles, who has illustrated several children’s books. The picture is of local interest, because, with the exception of the central figure representing Christ, the inhabitants of Canvey sat for their portraits. It consists of three panels, and over the top is written, “Be strong in the lord and in the power of his might.” At the bottom, “come unto me all ye that labour and are heavy laden.”

The church is open daily, there are sittings for about one hundred and fifty people, and all seats are free. The Vicar is the Rev. Watson Hagger, M.A., of St. John’s College, Cambridge, and his addresses will give his congregation always some “new thought” to carry home with them.

In strolling round “God’s acre,” the thought comes to one that those who lie there are in close proximity to the life and movement around them. It is not rich in handsome monuments; there are few tombstones, the little wooden cross being mostly in evidence.

The National School opposite was built in 1874, the Bishop of the Diocese being the Trustee.

The first church on the Island, built by the Dutch, was demolished in 1712, when another was erected. Before half a century had passed, this was taken down and the edifice previous to the present one was built. Services at that period were only conducted when weather and tide permitted, the Incumbent of South Benfleet coming over to officiate, a flag being placed on the top of the church to notify to the Islanders that a service would take place that Sunday. If only one person came in response to the summons, the clergyman would return home again. During the winter months the church was not used even for funerals.