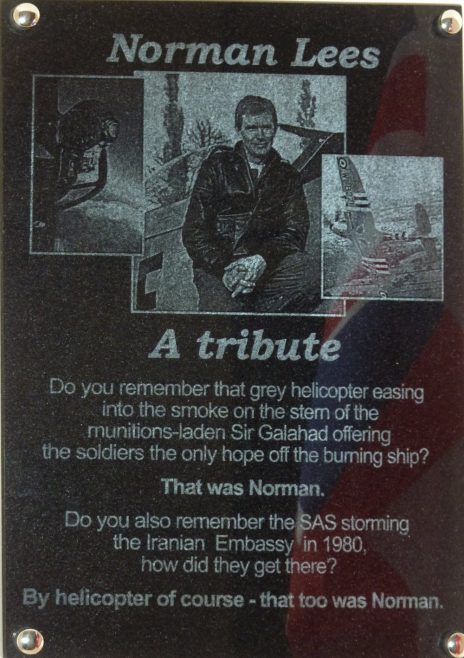 The Bay Museum remembers the sacrifices of the people of Canvey Island, Benfleet and further afield in the conflicts around the world. Today they paid tribute to Norman Lees. Not a Canvey man and someone whose name you may not know but when you read the museum’s quote below I am sure you will say ‘Oh yes I remember’.

Quote from the Bay Museum’s Plaque:

Norman died twelve years ago today in a spitfire accident at Goodwood. Castle Point Mayor Jackie Govier, after saying a few words both about Norman and also the great work being done by the trustees of the museum, was invited to unveiled the plaque in memory of Norman Lees. Also at the event was Cllr Ray Howard who said a few words.

Norman’s partner at the time of his death Jill Moss and his friend Collin Wingrave talked of Norman and some of the things he had done in his life.

In memory of Norman Lees 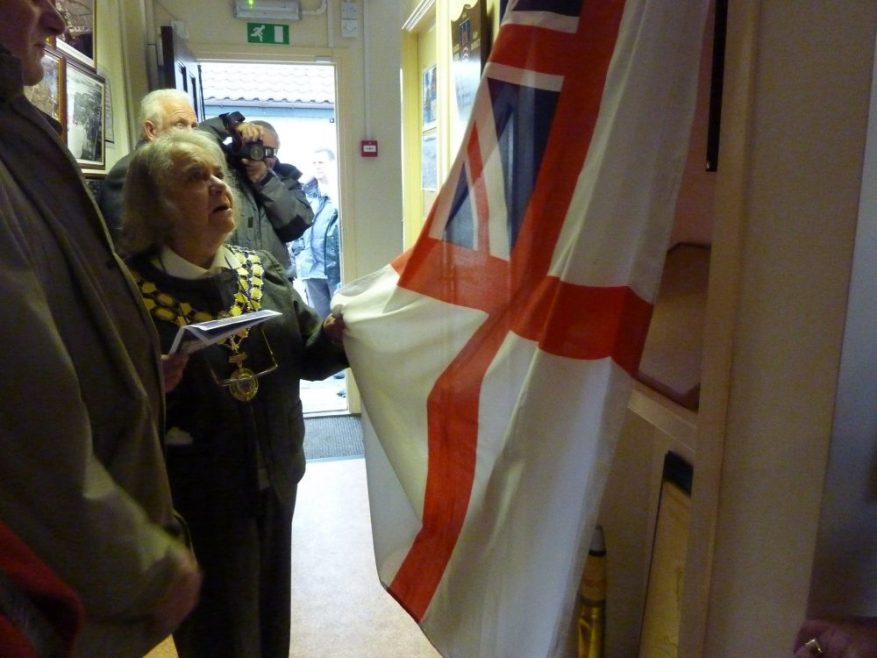 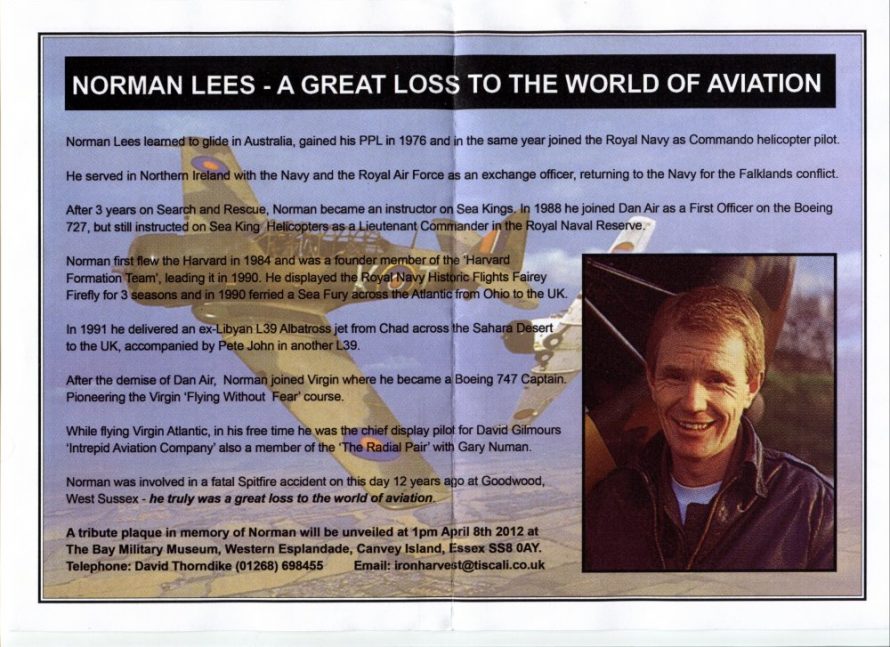 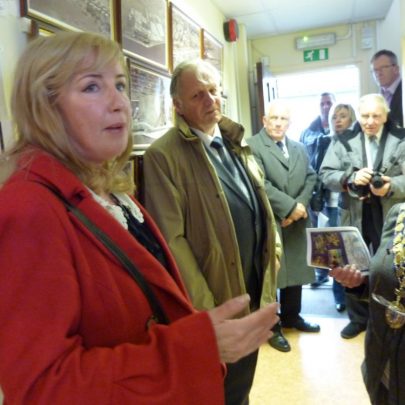 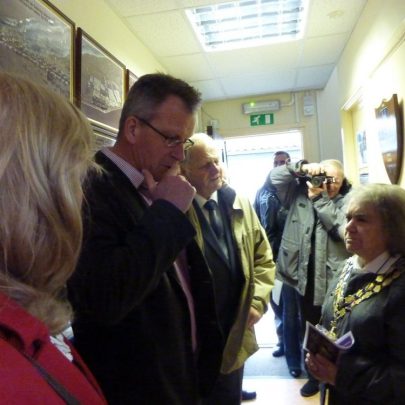 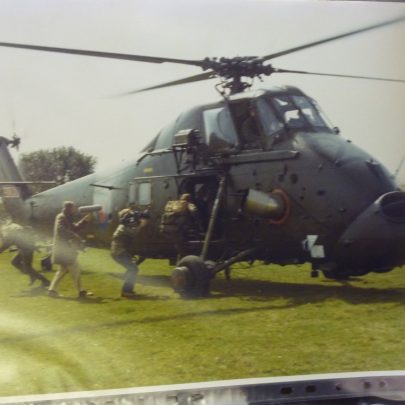 Norman in his helicopter 1983 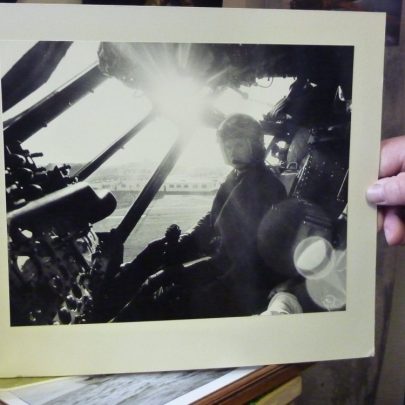 Norman at the controls