Dr Alan Whitcomb has us in stitches 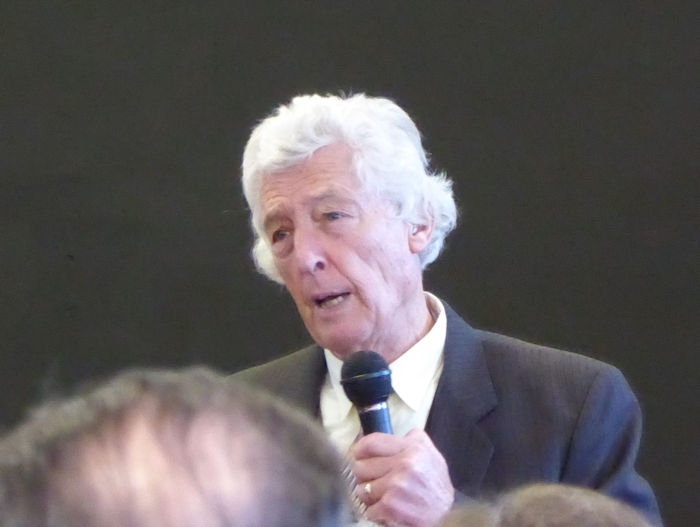 Talking about growing up on Canvey

At our last meeting of 2015 Dr Alan Whitcomb came along to talk to us about his life as a young lad growing up on Canvey Island.

Dr Whitcomb, born in London in 1940, came to the island soon after so he has spent nearly all his life here. He remembers here during the war, such as their bomb shelter could not be used because it was always flooded. He remembered the doodlebug falling Ray Howards home.

But most of his anecdotes came from his school years. He had us laughing all the way through with his typical boyish larks.

As you can see we had a great turnout and when we passed the hat round we raised over £121 for CISCA House the Canvey Island Senior Citizens Association where Alan is the President and his father Harry Whitcomb was the founder. 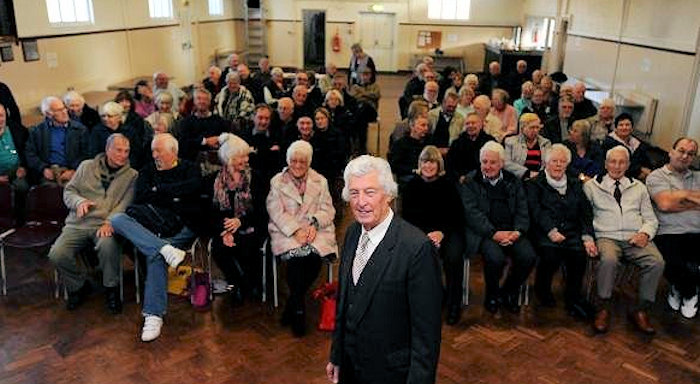 The audience with Dr Alan Whitcomb