Edward Manly and the Fireplace 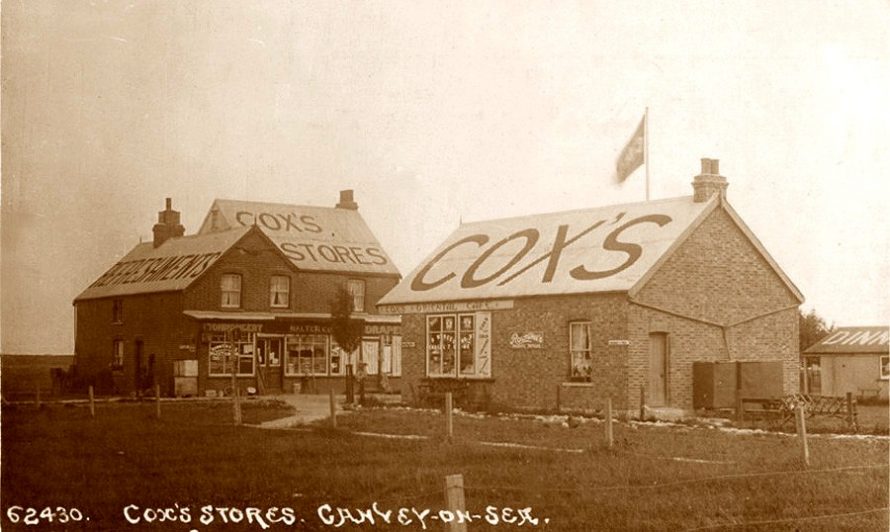 Dad would relate many a tale of his postman days during the war, he used to pick up the mail from Cox’s General Stores situated near the sea front at the top of Sea View Road, about half a mile from his house across the fields. One winter’s morning he was returning with a bag full of mail, it was pitch black and he could not see where he was going, he fell over a sleeping cow and put his face right into a freshly made cow pat, the letters went everywhere, dad got up in a terrible rage, the cow had got up and was standing on his pile of letters. He punched the cow as hard as he could on the nearest part, she scampered off at high speed leaving Dad to pick up and wipe off his precious letters as they had their share of cow dung on them.

After the war, dad left the post office and got into the building trade where he learned his skills, there was nothing he could not do and do well.

Most of the bungalows and sheds in our vicinity was a Manly product and it must have been around this time that mother moved to Canvey with the Richardsons. Dad spotted this beautiful young girl with blonde curls and fell in love. They were married around 1922 in the little Church at Canvey Village, travelling to, and from, in a horse drawn landau. Mum was dressed in a beautiful white wedding dress with a veil. Dad was in top hat and tails. He must have been in a terrible state of embarrassment and probably had to change his underpants when he got home. I say this because even when I knew him if a strange beautiful woman came up to talk to him he would blush and get all hot under the collar. I think the wedding was paid for by Mr Richardson, he was a dear old chap and was very kind to mum and she thought the world of him. He also gave her a wedding present of two bone china vases, they stand in specially made alcoves in dad’s fireplace at Westman Road to this day. 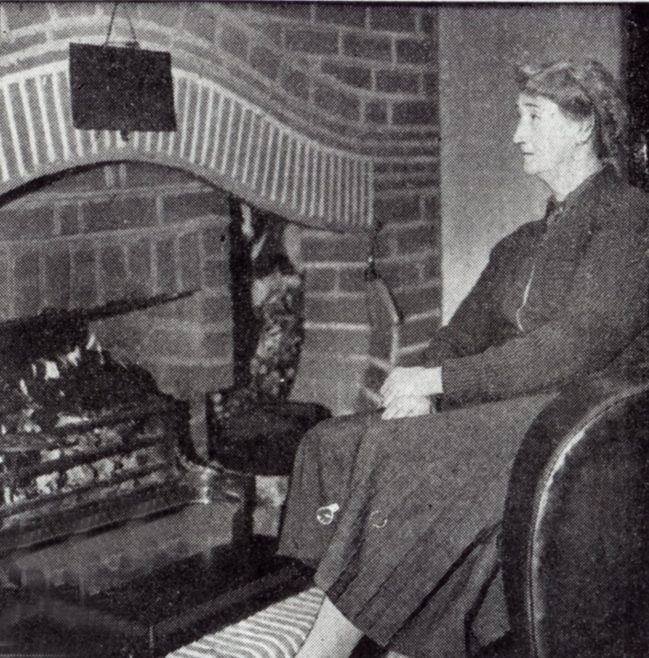 Doris by the fireplace

The fireplace has a history all of its own, when dad was in the early stages of building this lovely house for mum, the fireplace would have to be something special. Dad wracked his brains but could not come up with anything that would satisfy him. Then one day mother spotted a photograph in the ‘Picture Post’ magazine of a fireplace in the house of the Politician, Horbliesher, the man that invented the bliesher beacon or the pedestrian crossing. ‘That’s it’ said dad and within a short time started the construction, he ordered the special red bricks, made a frame to support the span of the large arch and as soon as the bricks arrived started work by pulling down the old chimney. I was about eight at the time and decided to give a hand, so up the ladder I went. Dad said ‘don’t lean on that’, too late, I did and went head first down the hole followed by a load of sooty bricks. Dad as quick as a flash grabbed my ankle and shouted for mum to catch me inside as he lowered me down. As usual mother saw the funny side of this situation, my horrified black face hanging upside down in the old fireplace and knowing that dad had me by the ankles at the other end, she just folded up with laughter.

During the construction of the new fireplace, dad had a lot of trouble, three times the arch collapsed; each time had to clean the bricks, made worse by his habit of soaking the bricks in a bath of water before use. The idea was a better bond between the bricks and cement, (two and one mix of course) this was very good thinking unless you ever wanted to get the bricks apart then you were in trouble!