Post Cards of the Wintergardens area of Canvey Island

These Post Cards give a rare glimpse as to how the Wintergardens area was developed around 1900 by Frederick Hester. It included an indoor greenhouse ‘Wintergarden’ area with tropical plants, resturants and a railway. There was also a horse drawn mono rail that went from Wintergardens along Somnes Ave to Seaview Road. The Hester story will be featured elsewhere on the site in the near future. 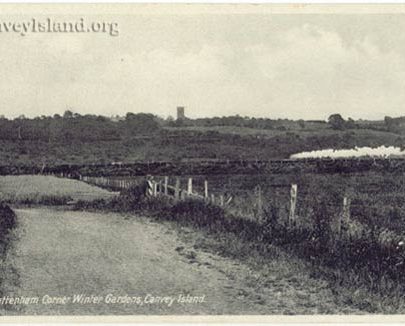 Wintergardens Path - This still exists in the Golf Course. Tattenham Corner was named after a race horse. Note the Water Tower & steam train across the creek in Benfleet.
Post Card thanks to Jim Gray 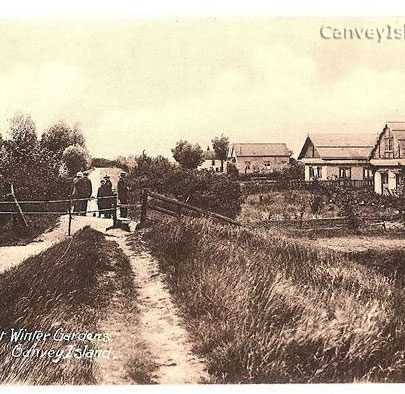 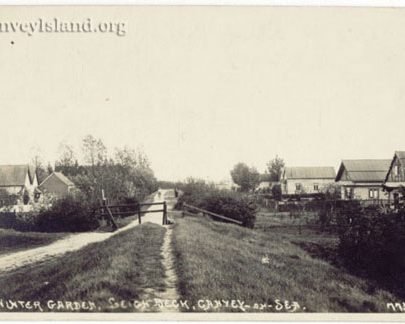 Winter Gardens Path - This isn't Leigh Beck as marked because the building middle right became Lunns Stores. The wooden cattle grid was replaced by a thick concrete wall (anyone know when?) and is known as 'Temple Bar' after the more lavish London landmark!
Post Card thanks to Jim Gray 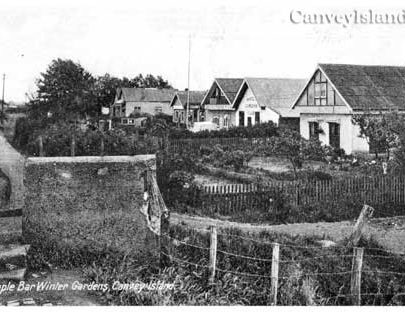 The Concrete 'Temple Bar' complete with step & spikes both later removed including this section of wall. Only the out of sight here left hand wall remains. Here Lunns Store has been added as well as Wintergardens club. 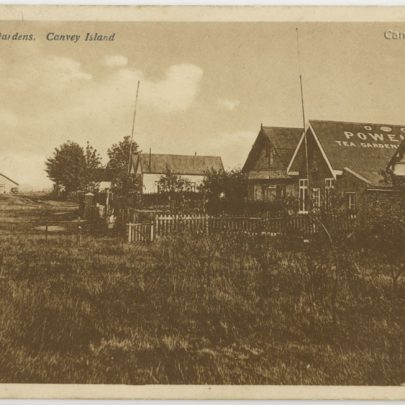 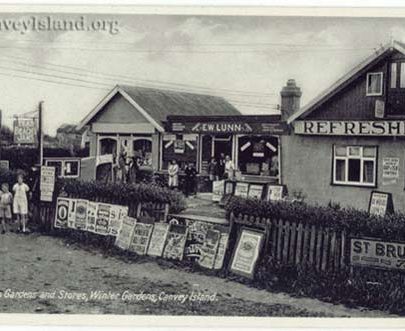 View from Winter Gardens Path - Tea Gardens / E.W.LUNN Stores. The 'Refreshments' building was previously known as 'Corner House' as it was on the corner of Station Approach & Central Avenue. Hester's Winter Gardens greenhouse complex was behind this building.
Post Card thanks to Jim Gray 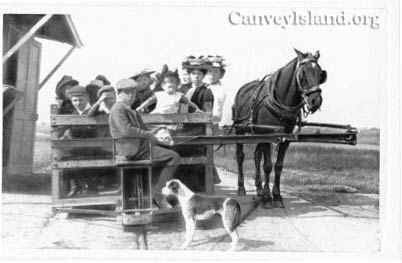 Frederick Hester's Wintergardens Mono Rail. This went along side Wintergardens path and finished in Leigh Beck near Coxy's Store. 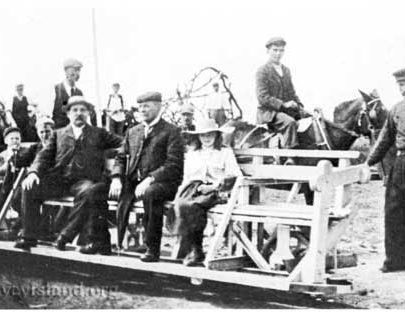 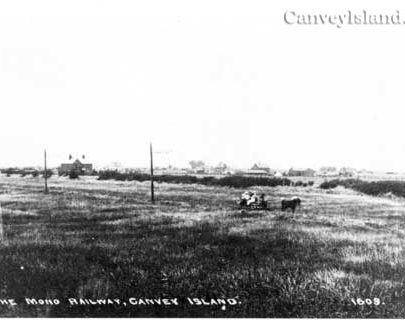 Hester's Mono Rail seen here in the now Somnes Avenue area. Wintergardens Path can be seen behind on the old Sea Wall. 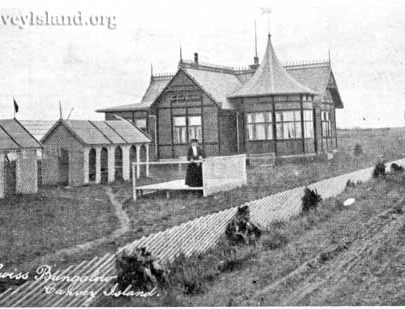 Hester's Swiss bungalow as seen from Wintergardens path. This was opposite Lunns Stores. 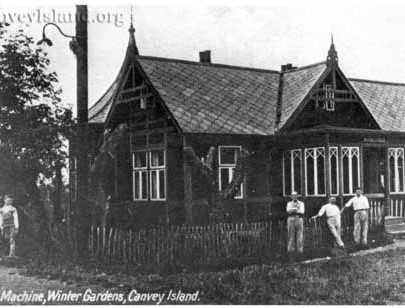 Hester's Swiss bungalow complete with "water machine". There was a tap in this area up until the 1970's. 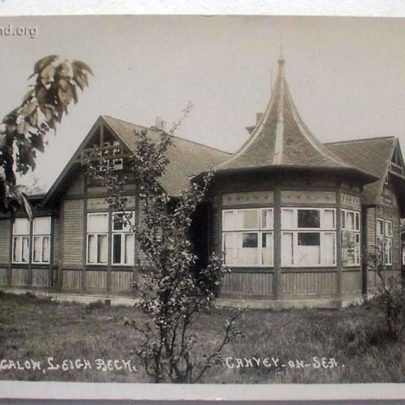 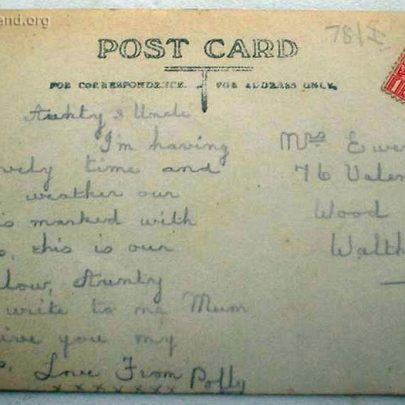 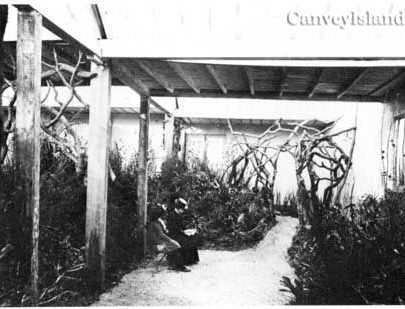 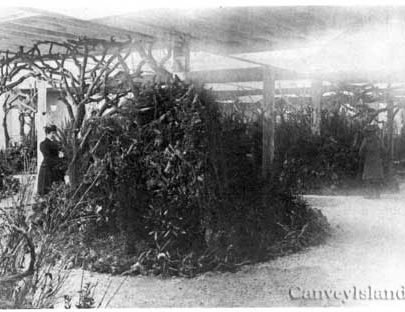 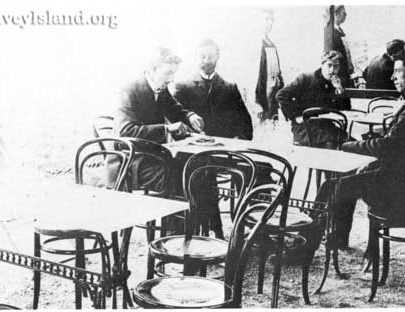 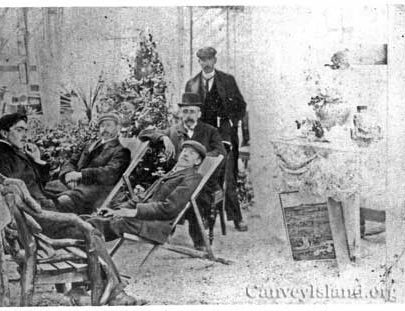 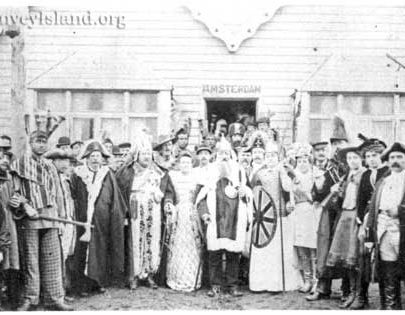 Wintergardens 1903 - Was this the double apexed building the other side of Central Avenue? 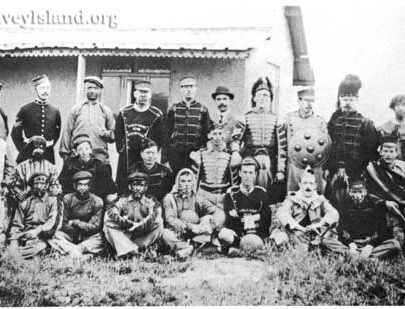 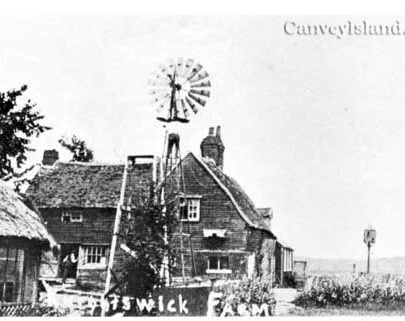 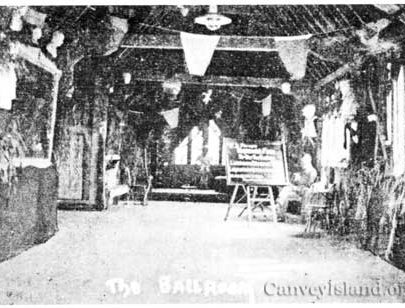 The Ballroom in the Knightswick Farm Barn.