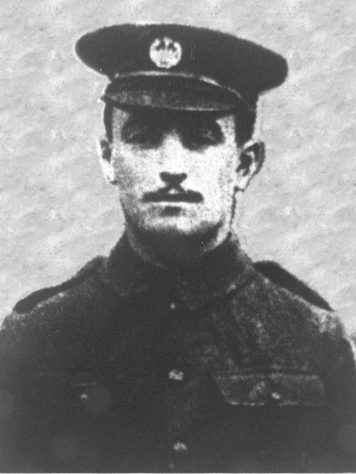 Alfred Dedman was born on Canvey Island in 1893 the eldest son of John and his wife Ada Mary nee Dean. Alfred and his siblings were baptised in St Katherine’s Church where his parents had married in 1891. Alfred’s grandfather Henry, originally from Mundon, first came to Canvey c1862. The many children and grandchildren went on to married into other Canvey families and became a fixture on the Island for many years.

Private Alfred Dedman enlisted in Southend becoming Private 24799 in the 9th Battalion of the Essex Regiment. Alfred died of his wounds on the 30th November 1917 after being shot in the chest during the battle of Cambrai (20th Nov to 6th Dec 1917). He is buried in the Tincourt New British Cemetery, The Somme. His death is also commemorated on his parent’s grave in St Katherine’s Churchyard as well as the Canvey WWI War Memorials.

A plaque or ‘Dead Man’s Penny’ was issued to Alfred’s family as it was to other next of kin to British and Empire service personnel who were killed as a result WWI. 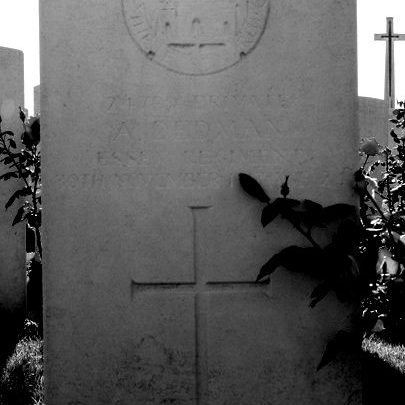 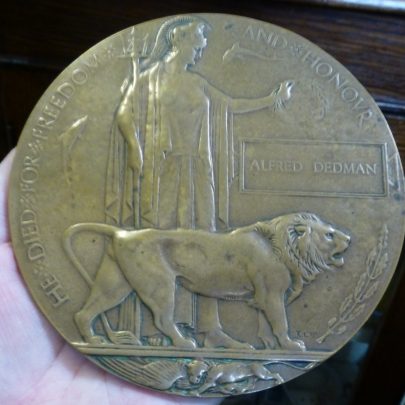 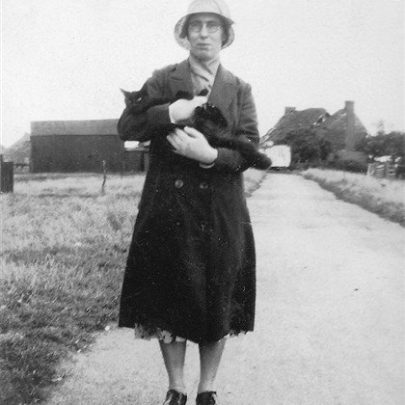