You are here: HomenextHistorynextWartime CanveynextWWIInextWorld War II B-17G aircraft collisionnextLast Survivor of the B17 crash over Canvey

Last Survivor of the B17 crash over Canvey 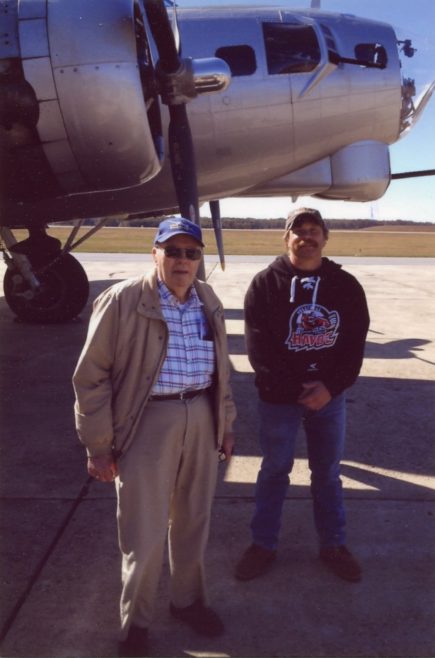 As we prepare for the 70th Anniversary of the collision of two B17s over Canvey we have been given permission to publish these photos of Richard (Dick) Andrews the last living survivor of the crew of Heavenly Body II.

He is pictured here about to be taken up for a flight on his 90th birthday and below is a photo of him with his four daughters.

He will not be able to travel to Canvey for next months anniversary service in St Nicholas Church but one of his daughters, Barbara and her husband will be travelling to Canvey. We look forward to meeting her.

Richard has already given us his story of the events of 1942, along with more information about the crash. 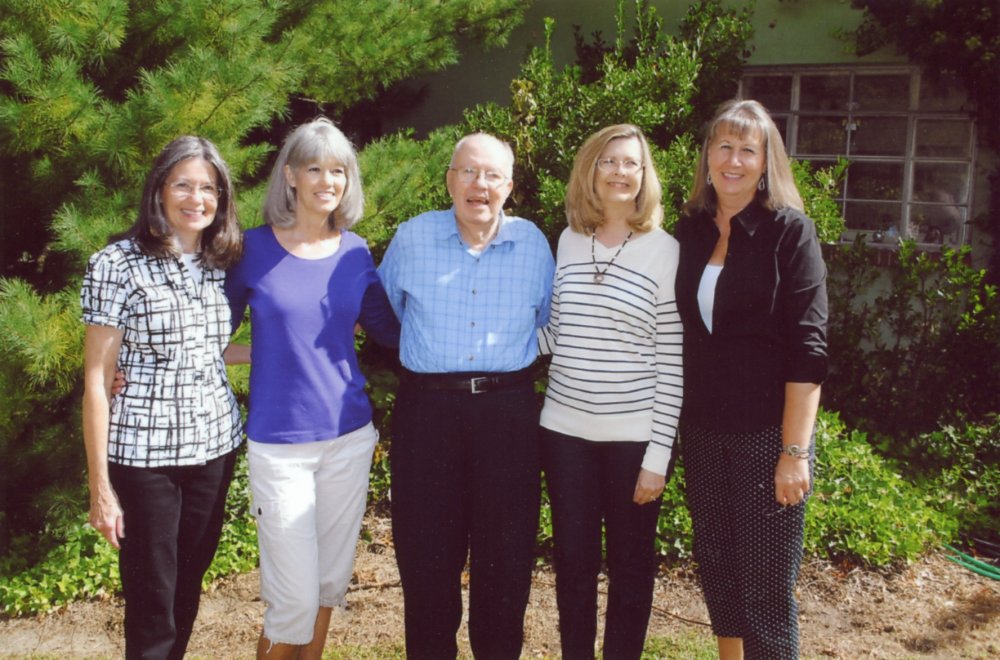 Richard ‘Dick’ with his four daughters