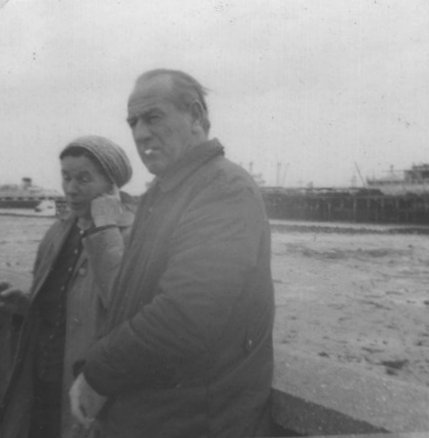 Reta and Jack: another photo from Jack’s album. the caption reads – Reta and Jack on the sea wall on the river Thames. We were at The “Lobster Smack Pub” Again, August 1972

Rita Patard, who was born in Guernsey in 1902 married William Hart Gregson in 1920 they divorced in 1932, Rita married her second husband John Woodall in 1940. She continued to live on Canvey Island where she died aged 87 when she was living at 51 Stanley Road.

These are photos from Rita’s brother, Jack’s photo album. Julie Burridge has kindly allowed us to use them.