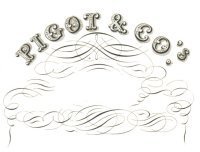 CANVEY ISLAND lies against Benfleet and Hadleigh, encompassed by branches from the river Thames; from the above villages there is a passage to it over the strand, at low water. It is about five miles in length and two in breadth, comprising about 3,600 acres. It is no parish of itself, but is chiefly connected with Benfleet, although it pays rates to eight other parishes. It has a chapel, and about 50 houses. The POPULATION of the foregoing parishes, by the last government census, was as follows: – RAYLEIGH, 1,339; HADLEIGH, 365; HOCKLEY, 777: HAWKWELL, 329; RETTENDON, 671; RUNWELL, 341; SOUTH BENFLEET, 533; THUNDERSLEY, 526.

POST OFFICE, RAYLEIGH, William Pissey, Post Master – Letters from INGATESTONE arrive (by mail-cart) every morning at three, and are despatched every evening at eight.

POST OFFICE, HADLEIGH, George Lloyd, Post Master – Letters from ROCHFORD arrive (by foot-post) every morning at half-past 8 in summer and 9 in winter, and are despatched every afternoon at 4.