The Stepping Stones have come home.

Castle Point Council in partnership with Ground Work South East with funds from Veolia Pitsea Marshes Trust are working hard to change this once unkept piece of land into a parkland.

Trees have been planted with bronze, silver and gold leaves to celebrate this summer’s olympic mountain biking event in Hadleigh. Part of the site will be left as meadow, there will be a Sundial sculpture, footpaths and a ditch running through the site.

The three surviving stepping stones from the original Benfleet-Canvey crossing have been placed in part of the ditch so that visitors will be able to cross at that point. An information board will be placed on site giving the history of the crossing and bridges. 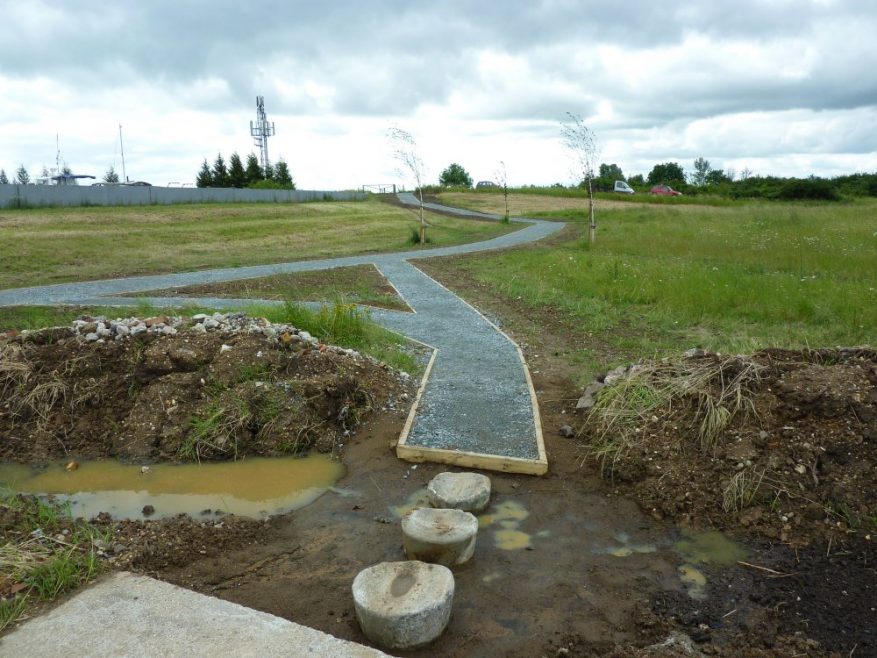 The Stepping Stones are now in place in the new 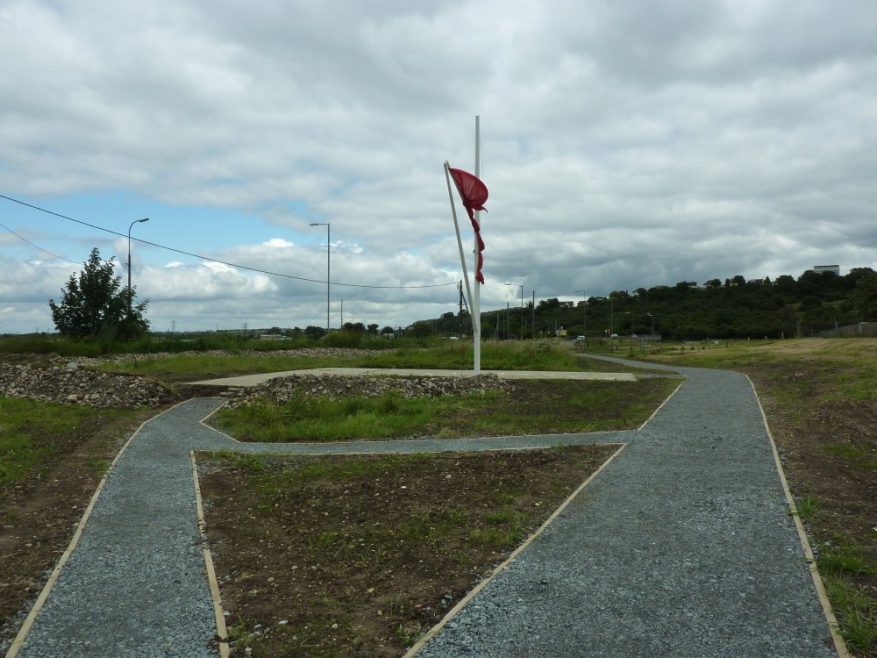 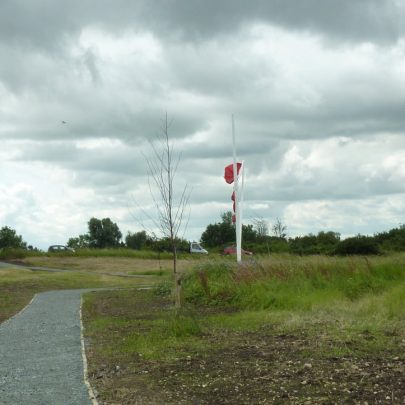 From a distance
Janet Penn 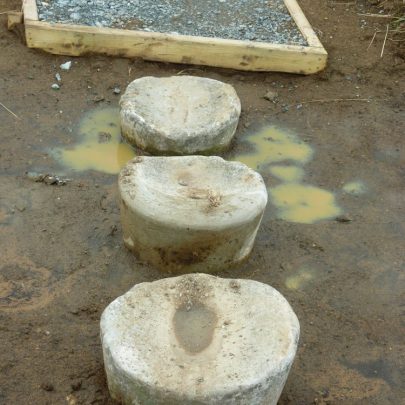 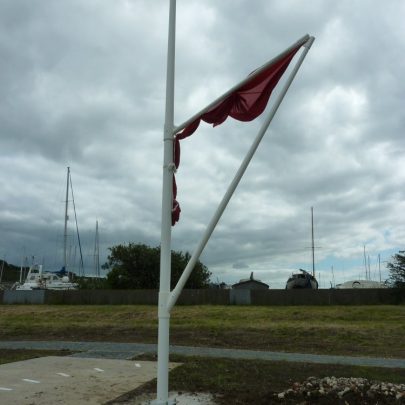